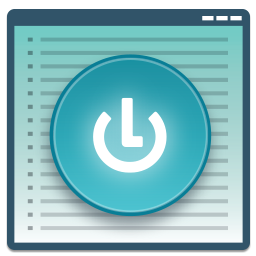 Latch Event Monitor is a tool that monitors events in Windows and gives the user the possibility of tracking in a very granular way Windows logs, and react accordingly to a preconfigured Latch response.
This means that Latch Event Monitor will ask Latch servers what to do when a certain event is generated in a Windows machine. So the administrator has a tool to potentially react to events, and modify the behavior and scripts launched in any way, at any moment, just sliding a bar from his mobile device.
How it works
Latch Event Monitor works as a service and has a GUI to configure it. That means it still works and monitors logs even when no user is logged in. The service is constantly monitoring any event with the characteristics given by the user. When it occurs, it asks Latch servers and reacts in the way that the user has configured it.
It may as well be used as an alerting system, with no action associated to an event. So if an event occurs, a blocking message is sent by Latch to the mobile device, but no action is taken.
How to install it
No special instructions. Just accept the license and choose the path. If , for the sake of security, you do not want the service to run as SYSTEM, you may change it to whatever account you wish, as long as it has privileges to run as a service, and network access. More about how to achieve this, in the manual.

A config file is created in XML format. This file contains sensitive information. Take care with the permissions specially in shared computers.

Pairing with Latch
First of all, a Latch account has to be set with a pairing token. Go to Latch management and add the App ID and secret. A timeout is specified here. This means that if the computer is not connected to a network or, for any other reason it cannot get a response from Latch in the specified time limit (0 milliseconds by default which corresponds to no timeout) the “no response” action is applied.
How to add and configure an event
Each monitored event, may have this fileds:

In a following post, we will talk about some examples.

The tool is available in C# and may be freely downloaded from: http://elevenpaths.com/downloads/LatchEM-installer.exe
We encourage you to use it.
Eleven Paths on "Digital Futures" video seriesHow to implement Oauth protocol in Powershell (an example with Latch)