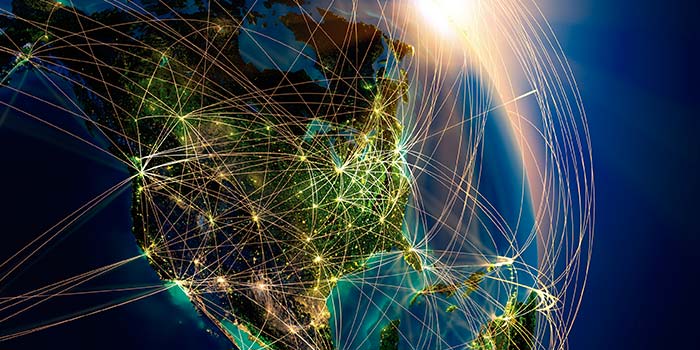 Much research and case studies have been put into the latest technologies as applied to telecommunications networks for automation and operational efficiency purposes aimed at the needs of future 5G networks and service provision in the B2B sector.

What is more difficult to find are demonstrations in real environments that can verify that all the theories and tests being carried out by experts in this field can actually become a reality.

Today we would like tell you about one of these deployments which also has the added value of being the first in the world ever brought to bear.

In order to visualise the scope of this demonstration in a real environment it is first necessary to understand what SDN technology is used for.

A Software Defined Network permits the E2E control of a network in an intelligent, centralised way using software applications. SDN technology facilitates the consistent management of networks in which complex technological components coexist.

On this occasion and as we have already said, we also add complexity by using components from different suppliers (multi-vendor) which requires full integration through open standardised interfaces.

“The implementation of open standard interfaces will speed up the introduction of new applications for network automation and optimisation,” says Javier Gavilán, Director of Core, Network and Transport Platforms at Telefónica Global CTIO

Telefónica has applied this technology for the first time in the world, in a commercial network in Colombia with four different suppliers: Infinera, Nokia, Huawei and ZTE, achieving the management of a multi-domain (different suppliers) and multi-layer (Optical and IP) unified network.

“It is the first step on the evolutionary path of the transport networks, which allows us to automate processes and consolidate a medium-term horizon and, with it, the development of more streamlined services for our customers,” says Felipe Cucalon, CTO of Telefónica Colombia.

Among the initiatives that the company is promoting in the industry there are 90 defined case studies, in which the application of SDN technologies offer notable advantages when it comes to provisioning, operating and planning an operator’s transport network.

This first commercial-based deployment has contemplated two of them, the provision of services and the visibility of the complete network topology so as to notably facilitate network planning.

The objective is to continue moving forward with other case studies such as performance management, inventory and traffic engineering optimisation, in addition to having an evolutionary model that allows us to continue progressing thanks to the incorporation of more vendors and operators interested in joining these initiatives.