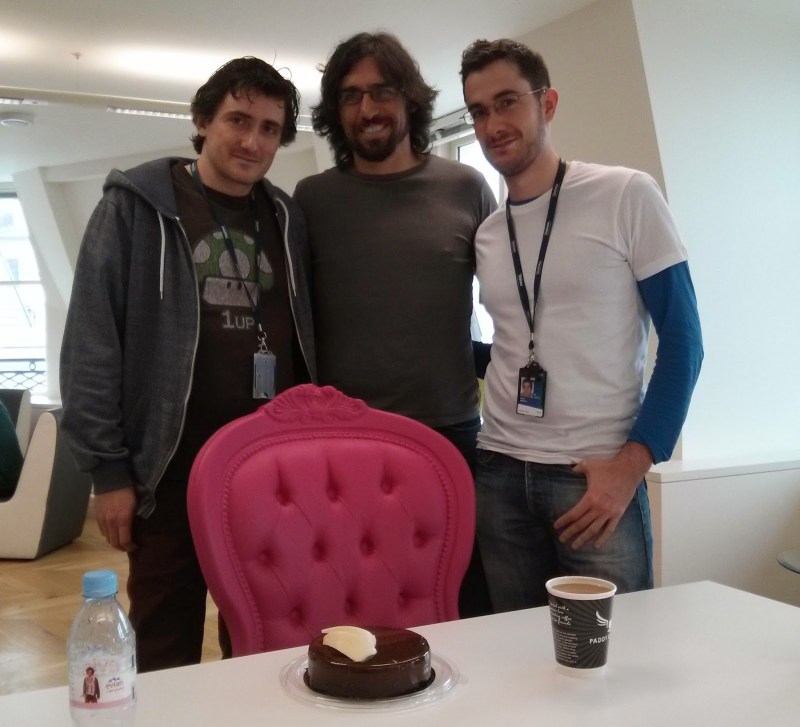 Although our first post was created in May, Eleven Paths officially started a year ago, in April 2013. It has been a whole year of hard work, but with quite a lot of rewards. Much more than we expected. Anyhow, it is just a year. To be honest, that was “easy”. We still have to grow old and create the innovation technology we want to.

Just a year ago, Latch was not even an idea. FaasT was a tiny little thing (right now, it’s a monster), Metashield was basically a prototype… and much more (tools, conferences, white papers, patents…). But we still have new technology to show. And it’s going to be great. We really think so.

For this special day, we took a break in London, Madrid and Málaga Labs. We stop typing for a while and share a moment with our coworkers. These are just a few pictures of the little party we all shared.

The tiny cake from London (we don’t endorse Evian), 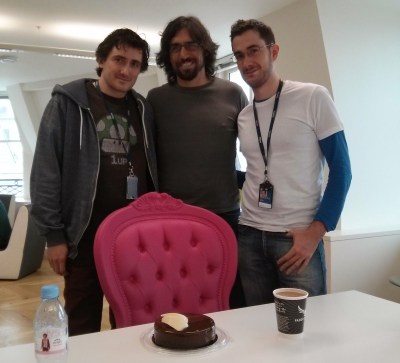 The big and customized cake for Málaga, with typos included, and hiding the workers identities (you are welcome)… 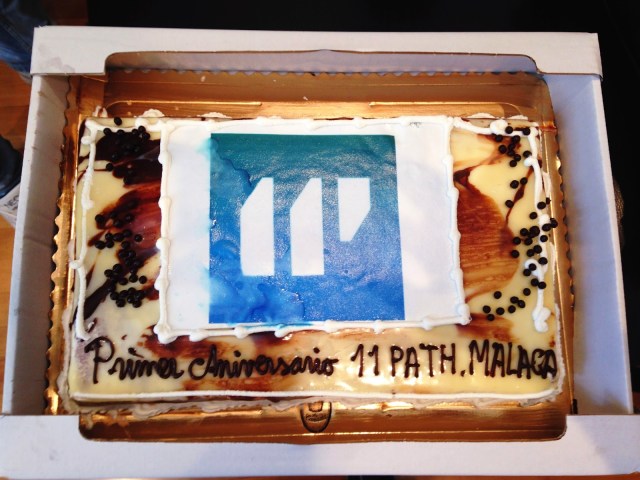 And from our headquarters in Madrid. 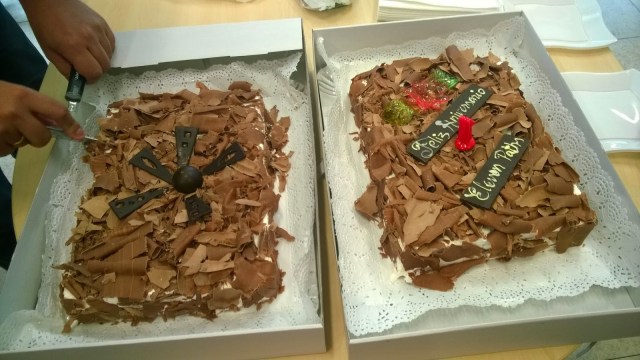 As far as we can tell, they were all delicious.