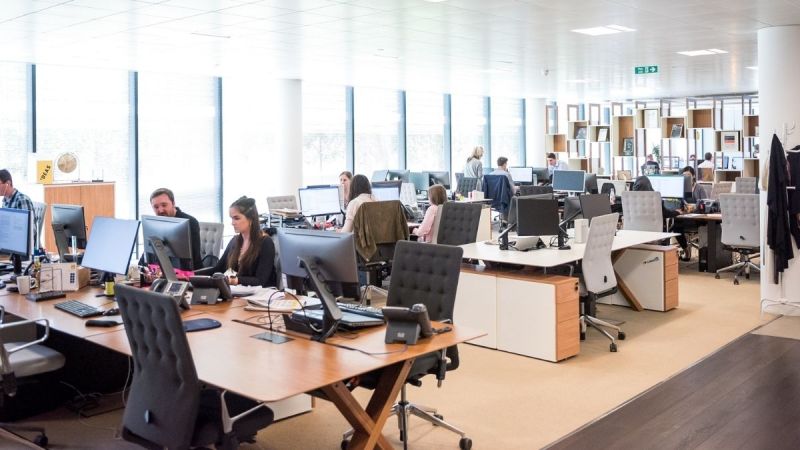 Besides the work carried out by our colleagues in the forensic analysis, malware analysis or Threat Hunting teams, which we have reviewed in the articles in this series associated with incident response, there is an additional element to be considered: the support given by the cyber intelligence teams to the above and how we in the Telefónica Tech team manage the products derived from this work. In this last part of the series, we will review the objectives of this team, the work it carries out and how the material generated is used in the framework of an incident.

What do we mean when we talk about cyber intelligence?

Although there are many definitions of intelligence, a fairly consolidated reference is that contained in the Glossary of intelligence published in 2007 by the Spanish Ministry of Defence and coordinated by Miguel Ángel Esteban. On page 82, intelligence is defined as the “product resulting from the evaluation, integration, analysis and interpretation of the information gathered by an intelligence service”. Therefore, by application of the prefix cyber- we can venture to say that cyber intelligence is intelligence related to computer networks.

In any case, the basic element is that intelligence as such goes beyond data or information feeds, even if these are used to generate the final product. It is not even just a context or a list of raw links to be reviewed when the time comes. It is a concrete product intended to support specific decision making which, in the case of security incidents experienced by our customers in the context of a ransomware incident, can end up being dramatic.

Material for technicians and decision-makers

Information tends to be confused and inaccurate, especially in the first hours of an incident, until the incident begins to be contained after the planned response plan comes into play, which, if lucky, will only have been implemented conceptually or in directed drills.  It is precisely in the context of this coordination and planning work that some of the target audiences for the products provided by the cyber intelligence team in the field of incident response can be identified.

Thus, in the framework of incident response, the deliverables of cyber intelligence teams go far beyond the mere identification of specific observables, although, of course, these are also provided. We are talking about providing technical analyst teams with specific tools that enable them to pinpoint specific malicious behaviour on the machines they are analysing and to provide the necessary support on threat behaviour in a timely manner.

Intelligence that is not shared loses effectiveness

The timeliness of the intelligence products generated has a lot to do with what we deliver and how we deliver it, but more importantly, when we deliver it and how confident we are in what we attach to our reports and deliverables. It is about making sure that the recipient will interpret what we say as it is written and unambiguously: it is a matter of speaking the same language so that sharing takes place in a structured way, with no room for doubt about what is stated forcefully and with absolute transparency to point out those aspects that need to be taken with reservations.

The work of the analyst teams is therefore no longer so much a one-off action/reaction task, but the result of continuity efforts maintained by a team that has to be aware of the threats and that has to be able to convey this information in an orderly, clear and consistent manner. And part of that work, of course, has to be done after incidents, closing the loop. Because the work of analysis does not end when the response team leaves the incident, but with the review of the lessons learned from the incident in order to integrate what has been learned into the team for the future.

In any case, if we understand communication as the transmission of signals by means of a code common to the sender and receiver, establishing a common framework on the level of trust is fundamental. This is what the STIX intelligence sharing standard (currently in version 2.1) does in the definition of the confidence attribute with which each of its objects can be catalogued between 0 and 100 using different credibility scales such as the one known as the admiral’s scale proposed in the US Army’s Field Manual 2-22.3.

The aim of these scales is to give the analyst the possibility of expressing different degrees of certainty about each object and to avoid failing to document behaviour for fear of having to take a binary assessment (confirmed/unconfirmed). Thus, the fact that there is evidence with questionable credibility at a given moment is relevant because only if it is documented and recorded will it be possible to correlate it in the future, which reminds us of the importance of the time factor when making the assessments included in the reports.

It is clear that an intelligence unit will accumulate knowledge over the years that can be built up and integrated for the future. Storing it in a consistent and reusable way is critical as we have seen, especially if it is to be available just when it is most needed in the form it is needed. But in incident response, the pressure and timing of decision-making is decisive.

Indeed, one of the aspects that most differentiates the analytical professional in incident response from a purely academic or research profile is that he or she works precisely against the clock and under uncertainty. Those dealing with the reality of an incident must cope with the gradual arrival of information, the unavailability of some of it when it is most needed, and the pressure being experienced by a client who is inundated with calls from concerned customers and suppliers and who has to meet statutory reporting obligations. All this while trying to contain a threat whose impact is only hinted at by the massive encryption of computers and while trying to ensure that backups and systems are impacted as little as possible.

In academic research, the urgency is not as immediate and with days or weeks to spare we have more options to review the details of all the scenarios, look at them in depth and learn accordingly. The reality of an incident where our clients have factories or entire areas shut down is unfortunately much more dramatic. It includes Hunting colleagues with specific operational needs that cannot be extended in the form of indicators and behaviours to block and forensic colleagues who need context and clues on which machines to start the search for patient 0 and to understand how, why and up to what extent the threat occurred.

This is where time – understood both in terms of effort and timeframe – is key to getting tactics, techniques and procedures known from similar threats to their intended audience: both at the operational level for containment and mitigation, and at the strategic level to support the decision-maker on the possible scenarios that lie ahead. It is right there, when things don’t seem to be working, where the different areas of the response team can help working side by side to recover that longed-for normality. Against the clock, but right in time.

Exploit for ProxyNotShell vulnerabilities published The first publications about new critical vulnerabilities in Microsoft Exchange Server, CVE-2022-41040 and CVE-2022-41082, which were named ProxyNotShell, were published at the end of September. However,...
Plot The film The Cricle by James Ponsoldt, based on Dave Eggers‘ novel of the same title, introduces Mae Holland (Emma Watson) as a young intern who joins The Circle...
They say that passion for a profession is forged at an early age. Our parents are our first and most important role models. So, it is not surprising that...
Artificial Intelligence allows machines to learn, both supervised and autonomously. The proliferation of Cloud technologies, the digitalisation of images, texts and audios and the development of IoT (Internet of...
Security updates for 35 Cisco vulnerabilities Cisco has released a security update that addresses 35 vulnerabilities in Cisco Adaptive Security Appliance (ASA), Firepower Threat Defense (FTD) and Firepower Management Center...
Why do I need management figures for the governance of my project? Back in the 13th century, a philosopher once said that an arrow has all the power in itself...

Download the last report from Telefónica Tech Cyber & Cloud New Markets Team aimed at fighting disinformation and raising awareness about Cybersecurity
All of us who work in Cloud services are aware that this market is still in a phase of accelerated growth and that more and more companies are taking...
The video game No Man's Sky creates entirely visitable and different galaxies and planets at full-scale using a simple algorithm. How does it do it?
In a recent article, we looked through Gartner publications to see how expectations for blockchain application have evolved in recent years Today we will delve into some of the most...
In a previous post dedicated to the metaverse, I explained what the metaverse -the ‘buzz word’ of the year- consists of and what opportunities it will offer companies. Today I...