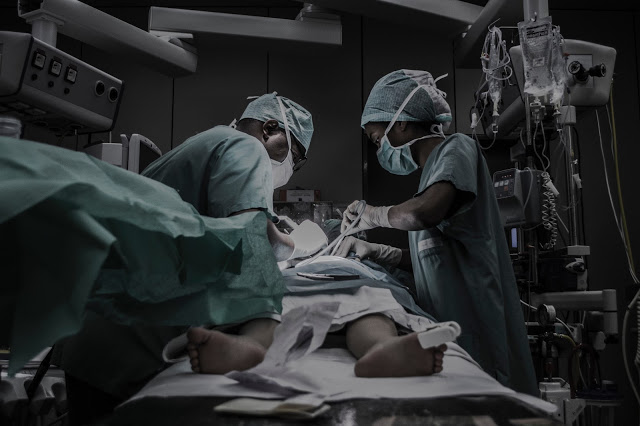 One of the technologies where Machine Learning plays an important, though not always very evident role, is Virtual Reality. Virtual Reality (or VR as it is often abbreviated to) is often in the news as a new form of entertainment. Recent releases on the Playstation VR platform have included Star Trek: Bridge Crew and Batman: Arkham VR, games which offer a truly immersive experience to users. VR uses Machine Learning algorithms in order to improve user interaction through powerful visualizations. The applications of VR are not limited to gaming and the same technology can be used for the betterment of society. In this blog post, we will see five uses of this technology in the world of medicine.
Before we explore the five exciting application of VR, it is important that we understand what this technology involves. According to the Oxford Dictionary, virtual reality can be defined as “the computer-generated simulation of a three-dimensional image or environment that can be interacted with in a seemingly real or physical way”. The generation of this image or environment is often presented via VR headsets such as the Oculus Rift. The key principle behind VR is that it alters our perception of the world, as explained by psychologist Carlos Salas at the recent Family 4.0 Conference in Madrid. As Salas said, “when we perceive differently, we think differently, and then act differently”. This idea is important to bear in mind as we now explore some of VR’s medical applications…

Virtual Reality has many uses for patients, but it can also be extremely helpful for those professionals who work in the sector. When you were younger, you probably played the game “Operation”, and in many ways this first application of VR is like a high-tech version of this game. Historically, trainee doctors would learn how to carry out complex procedures through observations and videos, and then have just one chance to perform an actual operation on a cadaver. With VR, it is possible to practice a proceedure over and over again until proficiency is achieved. One company leading this technological advancement is Osso VR.

The second medical application of Virtual Reality is physical therapy, which refers to the area of medicine related to recovering mobility and function of limbs. This usually involves a long and largely repetitive process of repeating movements (such as raising an arm) in order to retrain the muscles the action uses. VR (of both the immersive and non-immersive kinds) can help in this by including these movements in real-life settings, and even games. This application is particular helpful for victims of strokes, who often struggle with daily activities such as using cutlery. SaeboVR claim to be “the world’s only virtual rehabilitation system exclusively focusing on ADL’s (activities of daily living)”.

One of the most widely used applications of this technology is in tackling irrational phobias such as a fear of heights or the dark. Traditionally, systematic desensitization (also known as graded-exposure therapy) has been successfully used. This involves (as the name suggests) gradually introducing an individual to the fear in a control setting. Virtual Reality comes into its element here, since the simulations can be controled accurately. This use is not limited to phobias, but can also help those suffering from PTSD.

As Carlos Salas highlighted in the talk mentioned previously, virtual reality can also be used to fight addictions. One of the key ways to achieve this is to place an addict (of alcohol or cigarettes for example), in virtual situations of temptation and use these scenarios to train them to say no. This form of treatment uses the theory of “cue reactivity“, which is the practice measuring someone’s reaction to a trigger that has been intentionally caused (for example, being offered a virtual cigarette). For an interesting discussion of this topic, check out this TED Talk.

Meditation to Combat Pain and Anxiety

As mentioned early, Virtual Reality creates a new perception of the world which inevitably can distract user from what is going on in the “real” world. This can be used as an alternative to anesthesia during painful operations (for example, burn victims) and also to tackle “phantom pain” (which arises when individuals lose limbs). At the University of Washington, research has shown that patients playing a VR game called SnowWorld reported feeling up to “50 per cent less pain than patients not playing the game“. In a similar vein, the DEEP app for the Oculus Rift help individuals to achieve meditative breathing which can reduce anxiety.
As you can see, the applications of Virtual Reality are varied and many areas of medicine can benefit. Of course, there are many other uses that haven’t been mentioned in this blog and here at LUCA, we are excited to see which other developments occur in the coming months. Don’t forget to follow us on Twitter, LinkedIn and YouTube to keep up to date with all things LUCA.
Don’t miss out on a single post. Subscribe to LUCA Data Speaks.
LUCA’s Sports Analytics Week in Movistar Centre BarcelonaVirtual Reality: the next step for Data Visualizations