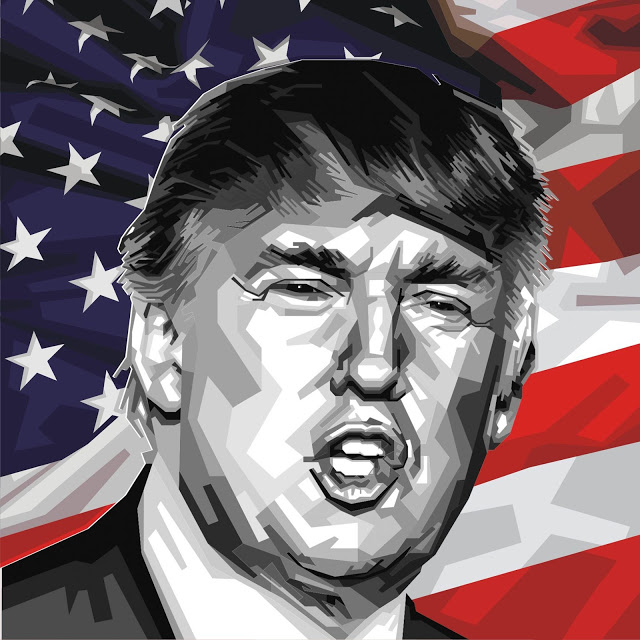 A little over a year ago we saw an American election that sent shockwaves through the political world. Donald J. Trump, the Republican candidate, went head-to-head with Hillary Clinton who represented the Democratic Party. The election was  held just over a year ago, on Tuesday November 8. As a reference point, prior to the day it was believed that a Trump win was “1000 times less likely than Brexit”. In August 2015, popular betting sites set the probability of a Trump win as 25 to 1 but as the decision-day approached the odds were cut at 5 to 1; still an unlikely event. Consequently, as the results became evident, the world was shook. But how involved was data science behind this surprising victory?
Cambridge Analytica, a private company specializing in combining data mining and data analysis with strategic communication for electoral processes, aided the Trump campaign efforts. The company analyzed voters and used personalized advertising in order to target individuals. By looking at “likes” on the popular social media site Facebook, Cambridge Analytica were able to determine (with high levels of accuracy) an individual’s race, sexuality and if they were in favor of the Democratic or Republican Party. The company purchased information on US Citizens and cross-referenced it with their own data in order to extract the maximum value from the figures. This included cross-referencing the information with registers of known Republican Party supporters, even including their address of residence.
This then progressed to personalized messages through Facebook advertising. Individuals received slightly different messages, to appeal to the audience on a psychological level and tell them what they want to hear. These details could be as small as choosing a video rather than a photo, or using a bright background color instead of something simpler. The messages were sometimes focused on area groups, spreading negative messages about opponent Hillary Clinton. Without a doubt this worked and reduced general support for the Democrats. The technologies gave the power to determine an individual’s race, and as a result, Trump targeted ethnic groups in different ways. He was able to show the campaign that people wanted to see and shield people from negative areas. This shows the power that Big Data possesses in influencing world affairs.
Going into greater depth on the topic of Hillary Clinton, we can analyze the number of times her name was mentioned during Trump’s speeches. The number increased dramatically as the election approached, demonstrating Trump’s personal attacks on his opponent. If we also look at the number of times he mentioned the word ‘emails’, in reference to Hillary’s email controversy, this also increased significantly in the months leading up to the election. Here, data is giving us an interesting insight into Trump’s tactics; clearly, he wanted to boost his campaign by tarnishing the name of his political opponent.
The next point, which simply cannot be ignored when talking about Donald Trump, is his activity on the social media platform Twitter. Often controversial, the president of the United States posts both official messages as well as opinions on his personal twitter account @realDonaldTrump. Noteworthy tweets include his reference to Hillary Clinton as the ‘biggest loser of all time’, claiming that he would ‘NEVER call him [Kim Jong-Un] short and fat’ and his numerous claims of ‘Fake News’. The website ‘Did Trump Tweet It?’ harnesses the power of Machine Learning in order to determine whether Trump writes his own tweets or if a member of his team has written them. The site can predict the writer of the tweets with up to 98.8% accuracy and provides us with a percentage of probability that Trump himself wrote the tweet. Certainly, it is an interesting insight into the
mind of the President. Tweets that would be classified as his ‘personal opinion’ often show extremely high probabilities that Trump wrote them himself whereas more generic tweets such as official correspondence or thankyous are frequently written by other members of Trump’s team.

A
The UK also experienced a more data-driven election this year as Prime Minister Theresa May called the snap election in an effort to increase conservative control. Facebook carried out a targeted campaign on May 12  (under a month before the June 8 election) with the aim of increasing voter turnout. Average daily registrations quadrupled; targeted advertising is clearly a powerful tool for spreading messages. What implications will this have for future elections?
In the US election, Trump’s data-driven approach was successful partly as the democrats did not match it. The republicans kept the actions hidden from the public eye. Now that the information has been released, will it be possible for data to have a similar impact? The world of Big Data is always growing and machine-learning techniques are always becoming more advanced. Inevitably, data will find a key way to be at the center of the political world.
Here at LUCA we are interested in how Big Data is revolutionizing politics, and this will be a topic of observation and analysis for many years to come.
Don’t miss out on a single post. Subscribe to LUCA Data Speaks.
Designing an OOH advertising map in BrazilThe Data Transparency Lab strengthens its work on data transparency after investing over one million euros in three years