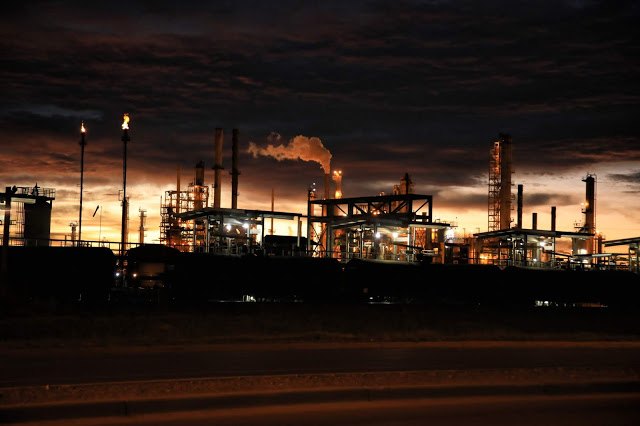 Today, a Fourth Industrial Revolution is brewing, a product of the merge of a series of exponential technologies such as Big Data, Artificial Intelligence, the Internet of Things (IoT), additive manufacturing, augmented reality, among others, which are blurring the barriers between the physical and the digital.

A lot is said about this new stage of the industry. Already, large corporations are moving to adapt to the changes that this entail and are beginning to extract benefits around Industry 4.0. Hence, to understand why this revolution is so unique, we need to realize the role we have as individuals in this new paradigm shift.
The great difference of the Fourth Industrial Revolution, is that is not a cause of change but a consequence. In the case of the Second Industrial Revolution, it resulted as a consequence of the introduction of mass production. It was the revolution that brought the change in the mode of consumption, while the Fourth Revolution is being forged, to a large extent, as a consequence of the new consumption habits of the people. The customization of mass production is the catalyst for the change that, among other things, originates Industry 4.0.

Change in consumption and the manufacturing process

The change in consumption means that it is no longer enough for the product to be as cheap as possible, but also that the product must adapt to everything we need as consumers and what we demand according to our tastes. All in one click and with free shipping. And this is precisely the great change that has forced companies to find more agile and fast solutions that respond to their customers, now hyperconnected, accustomed to booking a flight, asking for a taxi or making a payment, all remotely.
From the point of view of the industry, the change not only consists of the eternal quest to save production costs, but to respond personally and quickly to their consumers. The solution has been found in the digitization of everything; from design to manufacturing.
Digitization brings a key fact; with all being connected, an infinite amount of data is generated, extremely useful to know more and better both, the production chain and the customer. Therefore, having an impact not only improving the operational efficiency but also the generation of new revenues towards the final consumer.
Previously, if a problem arose during the manufacturing process, the whole production chain had to stop to evaluate where the problem was, to fix it, and start it up again. This involved substantial economic losses for every minute the production chain was stopped. The same thing happened when some maintenance of the machines had to be done, always with fixed dates and without taking into account whether it was really necessary or not. Now the new connected industry would prevent the processes from stopping. If everything is communicated, and information is available in real time, we are able to modify actions and predict failures before they pose a real problem, causing to stop the production process.
Thanks to Big Data technologies we are able to carry out predictive maintenance of machines and processes, thus guaranteeing greater efficiency within the industry.
But not so fast …
Of course, these changes do not come with insurance at all risk, and therefore we must pay the consequences of automation; employment. According to the study “World Bank Development Report (2016), machines could replace 57% of average jobs in OECD countries, 69% in India and up to 77% in China. Therefore, it affects more, those countries where traditional industry has a leading role. Another study; The Future of Employment (2013) speaks about other sectors; a telemarketer has a 99% chance of being replaced by automation; a supermarket cashier 98%, a legal assistant 94%, a taxi driver 89% even a chef of a fast food chain 81%.
These forecasts only show static data of one side of the coin. The reality is that we will seek to adapt the change and dominate it; new professional profiles will emerge. Profiles such as “Community Manager” for example, were unthinkable a decade ago, or the Data Science discipline. But in the not so distant future we will speak about specialized lawyers in drones and cybersecurity or organ designers. What is clear is that in the future, human skills will prevail over the knowledge of something in particular. A person will be valued more when it comes to being hired for their leadership or management skills, or their creativity over their knowledge about anything that apart from changing at great speed is accessible to everyone through a mobile device.
Don’t miss out on a single post. Subscribe to LUCA Data Speaks.
You can also follow us on Twitter, YouTube and LinkedIn
Python for all (1): Installation of the Anaconda environmentPython for all (2): What are Jupyter Notebooks?