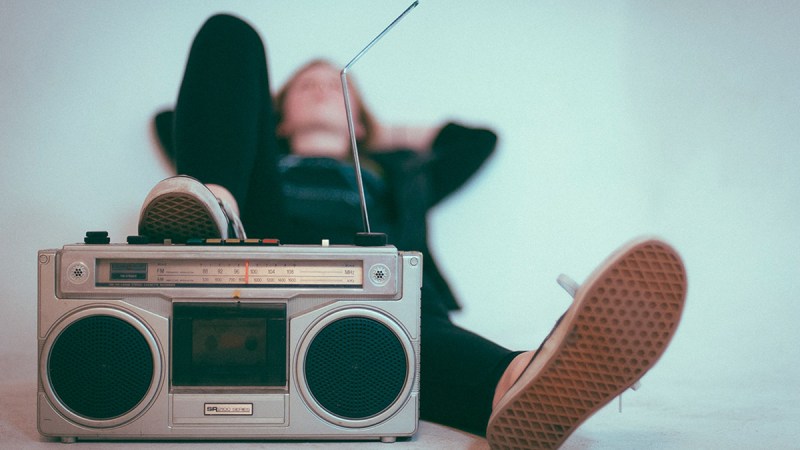 Nowadays the presence of online radios and podcasts has transformed the sector of the radio as it has  adapted to new consumer habits. In this post we will explore what Artificial Intelligence can bring to the future of the radio and if new technologies will overshadow the traditional platform.

The radio emerged at the end of the 19th century, revolutionizing the world of communications, as a wireless alternative to the telegraph. The original idea was to use the device for military purposes that would allow information to be transmitted even from out at sea. A few years later its role would evolve into a channel that could deliver information, entertainment and music to the masses.

In 1906 the first radio broadcast was made in Massachusetts, where listeners enjoyed the broadcast of “Oh Holy Night” and passages from the Bible. From then on, the radio has experienced a remarkable evolution.

In the last 10 years every mode of communication has had to redefine its content and advertising strategies due to the presence of the internet in its fields. In particular, this has meant a big change for the radio. It has also been an opportunity, not only for the audience but  for amateurs and professionals alike to create their own radio stations in an easy and economical way.

With the arrival of the online radios, platforms such as Spotify, Apple Music and Prime Music, and podcasts, the consumption of the conventional radio has decreased, especially amongst the youth populations. Despite this, the radio continues to be a mass media, which, while maintaining its traditional channel, has managed to take advantage of new opportunities to expand its reach, without losing its identity.

The choice to listen to online platforms over the radio is often because of how easy it is to select content at any moment but requires internet connection. On the radio, content is available at the press of a button, but it is decided by the broadcaster of the radio station and therefore lacks customization. Therefore, both have their advantages and disadvantages. The choice between the radio and these platforms is very much dependant on the individual listeners tastes at that specific moment. One isn’t completely substitutable for the other due to their different characteristics and requirements.

Some professionals in the industry think that AI can do a very good job in choosing the content that listeners want to hear. However, others argue that the role of the human producer is essential in this selection of content and of course as a DJ.

Brian Kamisky, president of Revenue Operations and Insights for iHeartMedia, argues that creating content for the radio comes down to creating an experience that builds a connection with listeners and keeps them entertained, informed and eager to come back for more. AI should be used in a responsible way whilst maintaining and enhancing the human elements.

“We shouldn’t be looking for ways to replace humans.”

iHeartMedia uses algorithms to choose which music is played and which combinations of content are scheduled, but leaves  the final decision on what is broadcasted to the humans. There are many AI and Machine Learning solutions that assist in the creation of musical compositions, but the quality of these products is subjective and the selection of what the audience wants to hear will still require human approval.

“The technology will be there to help us classify the large amounts of content being produced and make us more efficient in that process.”

A smart radio thanks to AI

Several companies have tried to innovate by creating radios that rely on Artificial Intelligence. Here we have two examples that use this technology in different aspects.

Firstly, Worldcast systems, a company that designs and develops innovative radio and television broadcasting equipment worldwide, presents the first Artificial Intelligence for FM radio, SmartFM. Through AI, an algorithm is implemented that can adapt the broadcasting power in real time according to different variables of the signal entering the transmitter.

With this new technology they intend to:

Likewise, the communication company Uniform Communications, presents Solo, an intelligent digital radio that interacts with people. By scanning faces it is able to determine their mood and find a song that reflects exactly how each person feels.

Solo works through Spotify, taking advantage of a platform that already categorizes its songs  by mood, and incorporating its own analysis of facial characteristics of the person in front of the device. The designers of Uniform predict that the technology, which is already capable of recognising  the characteristics for many moods, will improve as the algorithms progress.

The future of traditional radio

Will all these technological innovations be able to replace the traditional radio? Despite all the innovations, traditional radio seems irreplaceable. Issac Moreno, president of the Hybrid Radio Forum, explained at BITAM 2018: “It is analogical, I know, but it is the queen of broadcasting, not only in Spain but in Europe. Some reasons are its ubiquity, simplicity of use, privacy, security, control of the whole distribution chain and its free of charge.”

Many experts agree that, although Artificial Intelligence and new technologies can bring many improvements and innovations to radio, human presence is, and will always be, fundamental in this media when it comes to connecting and achieving empathy with the listener.

Python is currently the most popular programming language.  Many different people from children, students, teachers, researchers of all kinds (Social Sciences, Biology, Medicine, Economics…), experts in Finance, Insurance, Marketing,...
The Mar Menor, Europe’s largest saltwater lagoon, is suffering from severe degradation due to various socio-environmental factors. The Smartlagoon project, funded by the European Commission, kicks off the efforts...
In a previous post of our blog, we already told you how the combination of technologies based on Artificial Intelligence, Iot and Big Data, the “Artificial Intelligence of Things”,...
On our blog, we enjoy sharing the applications of Big Data and Artificial Intelligence in sectors that may surprise you. Previously, in “Dining with Data” we saw how customers...
Coca-Cola is the largest beverage company in the world serving over 1.9 billion drinks daily across its 500 brands. Being such a large conglomerate active in so many countries...
Just as in the Grimm Brothers fairy tale where two little elves teamed up to help the cobbler have a better life, Artificial Intelligence and IoT, Big Data technologies...

IoT, LUCA and onthespot join together

Coca-Cola is the largest beverage company in the world serving over 1.9 billion drinks daily across its 500 brands. Being such a large conglomerate active in so many countries...
When John McCarthy and Marvin Minsky founded Artificial Intelligence in 1956, they were amazed how a machine could perform incredibly difficult puzzles quicker than humans. However, it turns out...
Written  by Sergio Sancho Azcoitia, Security Research en ElevenPaths  Since its appearance a few years ago, expert systems have been applied in different fields. Due to their effectiveness they have...