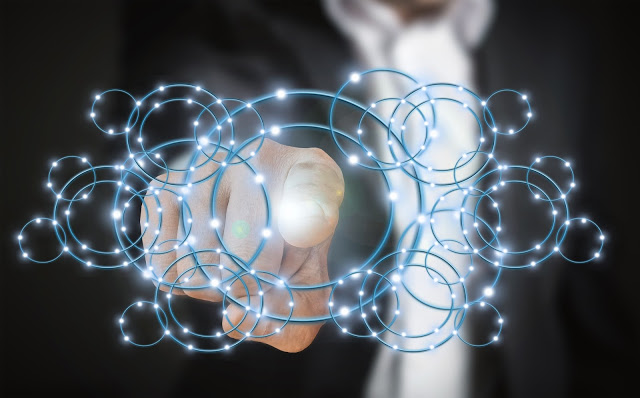 Just a few days ago, the well-known research company within the Artificial Intelligence environment, OpenAI, has announced the end of its non-profit operations. Since starting, OpenAI have championed the development and promotion of an artificial intelligence which is beneficial to humanity. The company was founded on 11th December 2015 by Sam Altman and Elon Musk in San Francisco together with various entrepreneurs in Silicon Valley. In order to be able to act as a non-profit, they relied directly on wealthy sponsors, which they could not make cover the costs of the business.

Although OpenAI has “closed its doors”, the company itself has just announced its decision to create another company linked to this one, capable of generating profit and therefore being able to attract capital and new employees with the possibility of obtaining stocks and shares in the company. This decision has been taken because for the company to continue to grow and to do its job, it will need to invest millions of dollars during the coming years on cloud computing as well as recruiting new experts in AI. According to Ilya Sutskever, head scientist at OpenAI, the investigations within the AI field require enormous investments, which has led them to make this decision, so as to continue being a competitive company.

Other reason why OpenAI was no longer feasible for its founders is that, in reality, some artificial intelligence experts earn higher salaries than those of elite sportsman (some earning than millions of dollars per year). The OpenAI team was initially made up of 100 people but was increased with various experts within this field over the following year. Many of these specialists actually work for successful companies in Silicon Valley, in which they can acquire shares (on the contrary of what they could get at OpenAI). Although OpenAI LP now offers the possibility of having shares, OpenAI. Inc will continue being the only shareholder with the ability to control the company. In fact, if any member of the governing body of OpenAI is also an investor in OpenAI LP, they will not be able to vote on decisions which affect the relationship between both companies.

Although the tools launched by OpenAI continue to be available, their maintenance will be affected by this change. For this reason, we take this opportunity to present to you all some alternatives to the OpenAI tools with which you can work comfortably in your Machine Learning projects.

It is a library completely focused on machine learning, it offers simple and efficient tools for the extraction and analysis of data, including various regression, classification and group analysis algorithms, is accessible to the whole world and is based on NumPy, SciPy and Matplotlib. This projects began as a Google Summer of Code project by David Cournapeau, SciKi-learn is mostly written on Python, but it also has some algorithms written on Cython, a language that makes it easier to write extension modules for Python in C and C++.

This is one of the best libraries for the analysis of data, it is open-source and provides a high performance level and ease of use making is unnecessary to change our code into other languages such as R to be able to analyse it.

This tool developed by Microsoft has recently changed its name to Azure Machine Learning Studio. It offers a service which allows the creation and development of analytical solutions with easy handling which doesn’t require an understanding of programming and you use it with a mouse. This service on the cloud comes with various tutorials which you will be able to find on Azure’s web page. If you are a developer or a data scientist Azure ML Studio will be a very useful tool for you, the software is optimised for use in applied Machine Learning.

OpenCV (Open Source Computer Vision Library) is published under a BSD licence and therefore is free as long as for academic or commercial use. It has interfaces on C++, Python and Java, as well as being supported by principal operating systems (Windows, Linux, Mac OS, iOS and Android). This tool was designed with efficiency as its main characteristic and it focused on applications in real time. Written on C and C++ this library can take advantage of multi-core processing. At present, it has a large user community that amounts to more than 47,000 people and has more than 14 million downloads.

Macro data, macro responsibility“Data, Cloud and AI are the fuel for digital transformation.”

Do you have any idea how the Internet affects the environment? According to World Bank data, 48.5% of the world’s population was already connected to the Internet in 2017...
Python is currently the most popular programming language.  Many different people from children, students, teachers, researchers of all kinds (Social Sciences, Biology, Medicine, Economics…), experts in Finance, Insurance, Marketing,...
The Mar Menor, Europe’s largest saltwater lagoon, is suffering from severe degradation due to various socio-environmental factors. The Smartlagoon project, funded by the European Commission, kicks off the efforts...
In a previous post of our blog, we already told you how the combination of technologies based on Artificial Intelligence, Iot and Big Data, the “Artificial Intelligence of Things”,...
On our blog, we enjoy sharing the applications of Big Data and Artificial Intelligence in sectors that may surprise you. Previously, in “Dining with Data” we saw how customers...
Coca-Cola is the largest beverage company in the world serving over 1.9 billion drinks daily across its 500 brands. Being such a large conglomerate active in so many countries...

On our blog, we enjoy sharing the applications of Big Data and Artificial Intelligence in sectors that may surprise you. Previously, in “Dining with Data” we saw how customers...
Coca-Cola is the largest beverage company in the world serving over 1.9 billion drinks daily across its 500 brands. Being such a large conglomerate active in so many countries...
When John McCarthy and Marvin Minsky founded Artificial Intelligence in 1956, they were amazed how a machine could perform incredibly difficult puzzles quicker than humans. However, it turns out...