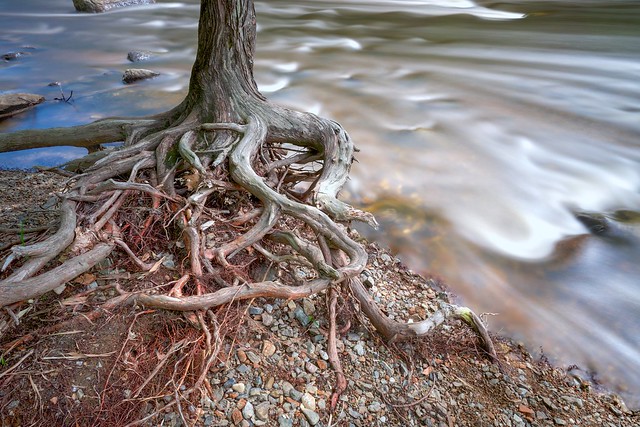 During the Digital Enterprise Show (#TelefónicaEmpresasDES) celebrated in Madrid at the end of last month we had the opportunity to look at the state-of-the-art disciplines which surround the digitalisation of companies. The data-driven transformation was raised as a key issue.

Thus, big data and advanced analytics were dedicated to a series of seven presentations in which nine experts from the world of data shared their experiences, the challenges they faced and the ways in which they overcame them.

The day started with the presentation from Elena Gil, CEO of LUCA, the data unit of Telefónica, “Connecting big data & AI with business”, in which she perfectly captured the moment in which organisations are currently living and the need for the data-driven transformation. “The digital world impacts on every company, they are changing the rules of the game and new competitors are arising in every sector such as Spotify, Uber…”, she said. Competing in this environment requires, amongst other things, “presenting the perfect offer in that precise moment through the appropriate channel”. In this sense, many organisations are using big data and artificial intelligence in some initiatives but find barriers to integrating the extracted understanding of the data into the functional processes.

Ke Zhang, COO of Graphext, with his evocative, “Data science for business”, informs us of the insights which focus on resolving business problems through practical cases of customer analytics and graph visualisation techniques. I would complete it and say “Data science for business, beyond Kaggle” in order to emphasise the importance of business and to avoid the companies which centre the part of the model, which although is criticised, eclipses the WOW effect of business, that is still not being adequately addressed by most companies. Yes, Telefónica has already implemented big data into many of its initiatives, especially in the most relevant and critical ones, as Elena Gil recalled.

To complement this, with a more technological perspective, Luis Reina, global market-cloud sales analytics architect at IBM, emphasised the value of what is known as the enterprise insight platform, a platform which comes to facilitate the extraction of the understanding from data to ensure that a company is data-centric, as Chema Alonso explains when he talks about the fourth platform.

These platforms face this objective through three steps:

In this area, Elena Gil says that Telefónica has been recognised by Forrester as a leader in “The Forrester Wave” of specialist insight providers, as the only telco ahead of companies such as SAP, IBM, Teradata and Alibaba, among others in this field. Forrester recognises Telefónica as the company with the most complete and strongest offer in the global market to accompany businesses in the data-driven transformation.

The convergence of Big Data

The vision of the CEO of LUCA (Telefónica Empresas) about the coming future is clear: “Big Data finds itself at the centre of the convergence of various technologies: IoT, real time, cloud and artificial intelligence, which allows the expansion of its field of action and that it can be used as a service, which simplifies the technological complexity of organisations.

Other main themes included the use of cognitive intelligence in the interactions with clients and what improves the user experience.

As in February 2017, Telefónica was the first telco in the world to present a virtual assistant, AURA, this time it was the turn of Luca Pronzati, chief business innovation officer of MSC Cruises, with Zoe, the first virtual assistant in the cruise ship sector.

To fully benefit from the capabilities of big data and artificial intelligence it is necessary to carry out the data driven transformation and to become a company lead by data.

Elena Gil stated that “the technology is already available to all and it is never going to be limited again”. Victor Agramunt, Director of Seidor Analytics, shared this vision in his statement: “The great challenge is the transformation of people and their mindset”. According to Elena, “the challenges at the moment are having access to talent, looking out for privacy and security and to act ethically”.

About ethics also, Rafael Fernandez, CDO of Bankia and President of Club de CDO de España, said that “ in order to be able to establish a strategy of ‘data ethics’ in companies you need sponsorship and money because you are not only trying to put it in place but also to maintain it sustainably over time. Also, in order to have positive results it is necessary to have a data culture developed within the business through literacy data plans”. “Without a mature data culture in organisations, an ethical data strategy is going to fail”, he stated.

Rafael put forward an interesting point: “A few years I spoke about privacy and anticipated that in the coming years we will experience discrimination”. “It is a critical theme on which they are already working at Telefónica, which ha established artificial intelligence principles and is developing methodologies which allow the training for fairer algorithms”.

José Ignacio Goicoechea, from Serikat, examined the compliance with the regulation on privacy and, in particular, the use of anonymisation technologies that ensure the “complex equilibrium between organisations which have data and others who would use them well”.

How do you capture clients on multiple channels?Artificial Intelligence for warfare or for maintaining peace