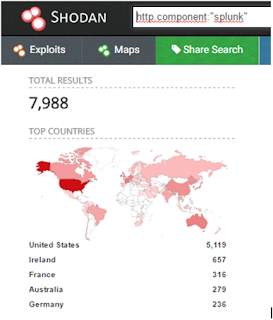 The SIEMs are usually utilized within highly secure of regulated environments, where regular log monitoring and analysis is required to search for security incidents. They help to make the web safer, even so, we question it a bit more; are the logs in our system infrastructure adequately protected? We are going to address this within this entry, by showing the minimum steps which you should take into account in order to secure a SIEM; using the particular investigation of Splunk as an example and case study, which is one of the most well-known SIEMs.

In one of our webinars a while ago  #11PathsTalks, @holesec and @DaPriMar spoke to us about what a SIEM is and also advanced correlation. We will analyze the different issues which can influence a SIEM’s security in a positive or negative way, but in this case we base it upon Splunk. As with any SIEM, it allows us to search for, monitor and analyze information generated by different equipment within the infrastructure, in this case through a web interface. This software captures, indexes and correlates information in real time in a repository which allows us to generate graphics, reports, alerts and different visualisations. According to their website, it has more than 3700 clients, including more than half of the Fortune 100. The three most utilized versions of Splunk are: Splunk Free, Splunk Enterprise and Splunk Cloud. Also there is a light version which is mainly utilized for AWS, however we will not discuss this now.

Although it is possible to analyze a SIEM from multiple possible attack vectors, for this first particular approximation we would like to focus upon these four key points:

Based on this and also by working on the analysis of the different versions, we will discuss what we have surprisingly found throughout this article and how it could be utilized as a ‘guide’ for the analysis of any such system.

Splunk Free does not possess any type of authentication, any user which knows the IP address and the corresponding port can start the Splunk session with administrator privileges. In this website, the vendor clearly indicates that this version is not adequate for corporate environments.

Splunk’s own authentication (an authentication method selected by default) is neither adequate for corporate environments since the only parameter that the password can be set to is the length, and by default it is set to 0. Splunk does not allow you to set up a blocking rule for failed access attempts, thus it is acceptable to strong attacks; neither does it enforce rules which guarantee password complexity. The user by default is the admin of their corresponding password ‘changeme’.

Splunk Cloud comes from two different versions, Managed Splunk Cloud and Self-Service Splunk Cloud. In order to differentiate one from the other you can analyze the URL. The URLs from the Self-Service are in this format: https://prd-*.cloud.splunk.com and the URLs from Managed are in this format https://*.splunkcloud.com. In Splunk Self-Service the users can authenticate themselves with their splunk.com account which has long and complex password restrictions. In Splunk Managed the users can authenticate themselves through SAML, although they normally utilize Splunk’s own authentication, since it comes with it by default. Although, it has a length of eight characters set, it is still the only parameter used.

It is important to take into account that by configuring Splunk, in order to utilize another authentication method which is not its own authentication (for example LDAP), all of the local user’s accounts with Splunk’s own authentication will continue to be active (including the admin account). In order to eliminate all of the local accounts you must leave the file $SPLUNK_HOME/etc/passwd blank. This file should not be deleted, since otherwise, it will be returned to the user by the admin with the password ‘changeme’.

Both Splunk Free and Enterprise can be installed with root privileges in the Linux/Unix platforms, with administrator privileges in Windows platforms or with users with less privileges in both platforms, and adequately configuring the necessary permissions in the system files. This last option is the most recommended within corporate environments since it reduces surface attacks in case Splunk becomes compromised. Splunk’s installation guide indicates how to carry out the installation for users with restricted privileges in different platforms. Also the universal forwarders or splunk clients which are installed on the systems from which the logs will be collected from, should be installed with users of limited privileges; since they could be used to execute commands or send scripts from the Splunk server utilizing it as a deployment server.

Splunk Free and Enterprise can administer themselves in different ways: from the web consola, the Splunk CLI, modifying the files from the corresponding settings in the operating system or utilizing the REST API. Splunk Free as well as Enterprise allow the installation of ‘custom’
or user created applications (for example in python), in addition to those present in Splunkbase, which is the official repository of Splunk applications and add-ons. The installation of applications created by the user presents risks, since once the Splunk server is compromised it could install any type of malicious application, which for example allows them to control the server through a web shell or a reverse shell (always taking into account the permissions of the user’s account utilized for Splunk’s installation), or it is sent to the the universal forwarders in order to compromise the Splunk clients’ systems.

In Splunk Cloud you do not have access to administrate Splunk from the CLI nor by the system file to modify the file settings. You can utilize Splunk Web and the REST API in order to carry out some administrative tasks. Neither can you install any application, but only those which are approved by Splunk in order to be used in the cloud environment. Before the applications are approved, they go through a validation process by the tool AppInspect which determines if it complies with the requirements of the defined security, for example: it does not require privilege increases with sudo, su, groupadd or useradd, it does not use reverse shells, it does not manipulate files outside of the application’s directory and it does not manipulate processes outside of the application’s control nor the operating system nor reset the server.

Internet Exposure
In the case of Splunk Free and Enterprise, it is not recomendable to expose the web interface (default port 8080) nor the management interface (port 8089) online. However, regrettably, it is quite a common practice as you can see in the search engine Shodan by searching for http.component:”splunk”, where almost 800 computers appear. Also, it is possible to identify what type of Splunk it deals with by analyzing the source code of the page login from the same Splunk:

As a matter of fact, for this particular case of Splunk analysis, we have found that at the moment of installation, it creates a file with a password to utilize in order to encrypt the authentication information in the file settings and to encrypt the utilized passwords for the different applications. This key is found in the file:

Which is unique for each Splunk installation. The applications which are downloaded from Splunkbase (for example the add-on which allows its integration with the Active Directory, or which allows them to integrate Splunk with communication depositories) they need to store the credentials in the file settings from its own application. Splunk decrypts these passwords by using splunk.secret. The risk in this case, is that once the Splunk server is compromised, you can use the same Splunk API to decrypt the password from these applications with a simple Python script and thus it can compromise other components of the infrastructure.

As with in many other fields, you can protect your equipment within the infrastructure and server where you find SIEM installed, by adequately choosing the version to use and then configuring it in a safe way (following the manufacturer’s best practices). Logically, in the presence of such a delicate infrastructure, any error could expose very valuable information to the attackers, and sometimes it could even let them know passwords from the organization’s internal applications. In this example we have focused upon SPlunk as a ‘case study’, however in general they should consider the following aspects to carry out the SIEM hardening:

Finally, given that we have spoken about Splunk throughout our analysis, we can continue to explore this with the following links from the vendor, which shows the best practices to utilise in order to protect these systems.

Innovation and Laboratory Team at ElevenPaths