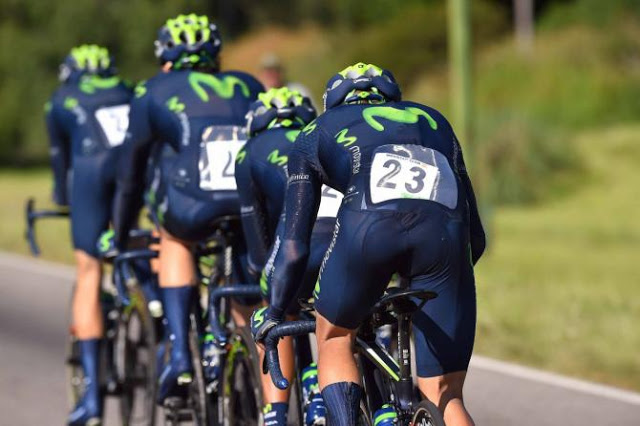 From taking the metro, to choosing a film that best fits your tastes, the presence of data is undeniable in many areas of our lives. However, there are some professions that you never would have associated with the use of data. Have a read of this list of 5 jobs that use Data Science, had you thought of them before?

If you are aware of LUCA’s Big Data for Social Good (BD4SG) area, then you’ll know that sports such as cycling generate millions of data points in a single race/match. This data carries useful information for both the cyclist and their team, and helps to analyze each race, predict what will happen, and develop a better race strategy. The same can be said for eSports, where the data generated can be used to extract insights that can help analyze the players’ strengths and weaknesses, understand what has happened in a match, and in this way improve results and performance. You no longer have to be dreaming to say that data can contribute to improving the performance of professional sportsmen and women. One could even argue that data analysis is a vital part of sports, according to ex-NBA player Shane Battier it “changed the course of his career”.

Famous actors such as George Clooney and Jennifer Lawrence also run into data during their careers. In fact, casting actors for new films often relies of data from films and TV shows of the past. By combining reviews from well-known sites such as IMDB and Rotten Tomatoes with data from fan sites and the box office, casting teams can discover which actor best suits their new release. As we showed in a previous post, Netflix is a perfect example of how Big Data can be applied in the entertainment industry. As they are one of the most used platforms, they are able to easily analyze the tastes of each of their users and suggest shows and movies based on these preferences. Netflix even produced 10 different trailers for one of their shows so that they could better target the audience.

Yes, the police also make the most of data for their job. Big Data already contributes to the daily prevention of crime. Bearing in mind that every arrest, police report and emergency call made each day generates data, it is possible to determine areas of high and low risk. In this way, the police can focus the areas where crime most regularly occurs. One can even evaluate the performance of police agents. For example, in LUCA’s BD4SG area, we carry out “Citizen Safety” projects such as the one alongside the Columbia University in order to predict the most likely places of delinquency in New York.

Journalists can’t be missed off this list. In recent years, “data journalism” has become a commonly heard term. It refers to the tendency of journalists using data to find out which type of articles are most interesting readers at the time, among other things. Big Data can also be used to find a fair value for an article, by using (for example) the number of times it has been liked or shared online. All of this can incentivize journalists to create more relevant content for their audience and to capture new readers.

Doctors can also benefit from Big Data in a variety of ways. For example, data can help achieve a more precise diagnostic, make informed decisions and prevent illnesses. It can also be helpful in the pharmaceutical sector, since Big Data can contribute to important research to fight diseases such as cancer. At LUCA for example, we worked on the UN Global Pulse project to predict the spread of diseases such as Dengue and Zika in Colombia and Brazil. We also collaborated with Unicef in their Magic Box project, aimed at preventing epidemics such as Ebola in western Africa. This shows that Big Data doesn’t just benefit various sectors of business, but also society as a whole.
To keep up to date with the latest news, check out our website, and don’t forget to follow us on Twitter, LinkedIn and YouTube.
Don’t miss out on a single post. Subscribe to LUCA Data Speaks.
Enhancing customer experiences with Smart Digits.A closer look at the GRAMMY Awards 2018