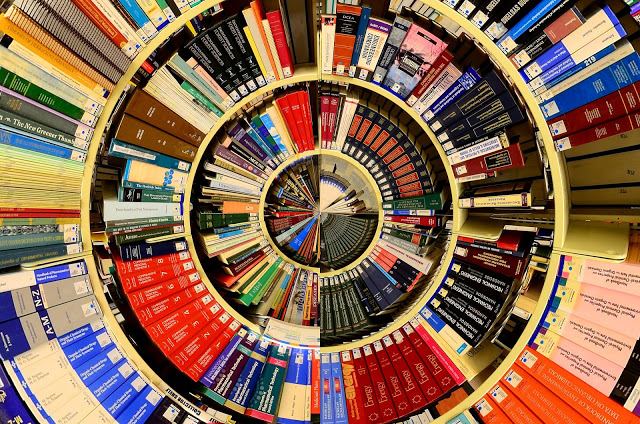 We are taking another step in our learning of Python by studying what the modules are, and, in particular the libraries.  We will see what purpose some of them serve and lean how to import and use them.

What are the modules?

The modules are the form in which Python stores definition (instructions or variables) in an archive, so that they can be used after in a script or in an interactive instance of the interpretation (as in our case, Jupyter Notebook). Thus, we don’t need to return to define them every time. The main advantage of Python allowing us to separate a program into modules is, evidently, that we are able to reuse them in other programmed modules. For this, as we will see further on, it will be necessary to import the modules that we want to use. Python comes with a collection of standard modules that we can use as a base for a new program or as examples from which we can begin to learn.

Python organises the modules, archives .py, in packages, that are no more than folders that contain files .py (modules), and an archive that starts with the name _init_.py. The packages are a way of structuring the spaces by names of Python using ´names of modules with points´. For example, the number of the module A.B designates a submodule called B in a package called A. Just as the use of modules prevents the authors of different modules from having to worry about the respective names of global variables, the use of named modules with points prevents the authors of packages of many modules, such as NumPy or the image library of Python (Python Imaging Library or PIL), from having to worry about the respective names of modules.

To import a module, use the instruction ´Import´´, following with the name of the package (if applicable) more the name of the module (without the .py) that you wish to import. If the routes (or what are known ´namespace´) are large, you can generate an alias by modifying ´as´:

The modules should be imported at the start of the program, in alphabetical order and, first the ones of Python, then those of the third party, and finally, those of the application.

Python comes with a library of standard modules, in which we can find all the information under The Python Standard Library. To learn about syntax and semantics, it will also be good to have to hand The Python Language Reference. The standard library is very large and offers a great variety of modules that carry out functions of all kinds, from written modules in C that offer access to system functions like access to files (file I/O).

Python installers for platforms such as Windows, normally include a complete standard library, including some additional components. However, Python installations using packages will require specific installers.

A stroll through the standard library

The standard library offers a large variety of modules that carry out all times of functions. For example, the module OS offers typical functions that allow you to interact with the operative system, like how to tell in which directory you are, change directory, find help functions, the maths module that offers trigonometry functions, logarithms, statistics etc. There are also modules to access the internet and process protocols with urillib.request, to download data in a URL and smtplib, to send emails; or modules such as datetime, that allow you to manage dates and times, modules that allow you compress data, or modules that measure returns.

We don´t include examples so we don’t drag ourselves out too much, but if you´re really interested in learning, we recommend you test these modules one by one) from the Python Shell, or through Jupyter) with this small walk through the standard library that you can find in official Python documentation.

However, the applications of Python often use packages and modules that don´t form part of the standard library, in fact Python is designing a way to facilitate this interoperability. The problem in which we find ourselves, common in the environment of open coding, is that applications frequently need a specific version of the library, because that application requires that a particular bug has been fixed or that the application has been written using an outdated version of the library interface.

Given that the objective of our example is to carry out an experiment into the application of Machine Learning with Python to a determined dataset, we will need something more than the standard libraries that, even though offers us some mathematical functions, leaves us a little short.  For example, we will also need modules that allow us to work with the visualisation of the data. We will get to know what are the most common in data science:

And now we suggest you do a simple exercise to practice a little. It consists of verifying versions of the Anaconda library that we have installed. On Anaconda´s web page, we can see this diagram showing the different types of available libraries (IDEs for data science, analytics, scientific calculations, visualisation and Machine Learning. As you can see, two libraries appear that we have not talked about, Dask and Numba. Thus, we must also investigate their use, and also check out which versions Anaconda has installed for us.

For that, you don’t need to do anything more than write in your Jupyter notebook, or copy and paste the following commands, (with a slight modification for the libraries that don’t show).

With this post we now have everything prepared to start the Machine Learning experiment. In the next one, we will start downloading the data, and the explorative analysis. We´re nearly there!

All the posts in this tutorial here: