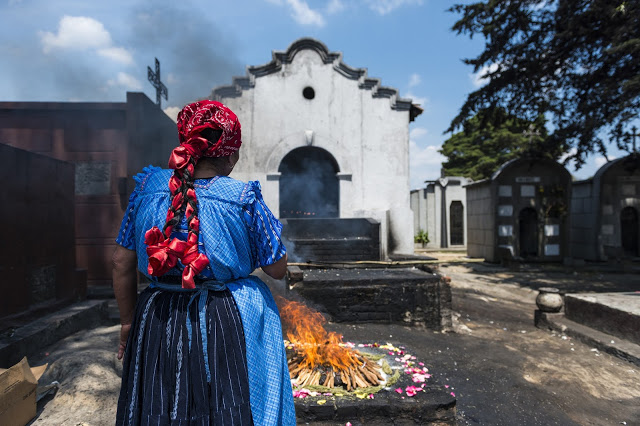 “No poverty” is the first of the U.N.’s 17 Sustainable Development Goals and it is closely linked with several other goals, including zero hunger, reduced inequality, and good health and well-being. Alleviating poverty, then, can have positive ramifications for several other development dimensions. Here at LUCA, we’re committed to doing what we can with our Big Data technology to address problems like poverty.
A recent study conducted by a team of World Bank researchers, including members from LUCA, found that mobile data can be a valuable tool for predicting poverty rates based on location, which will allow for more effective poverty alleviation strategies. This initial study was conducted in Guatemala and focused on five administrative regions, in order to determine if the study was effective on a smaller level before exploring possibilities to scale up. The study’s goal was to determine if using aggregated and anonymized call detail records (CDRs) would be an accurate predictor of geographical poverty characteristics.
Bringing location intelligence to poverty concentrations is important for countries like Guatemala, where, unfortunately, poverty is on the rise. According to World Bank statistics, 56% of the total population lived in poverty in 2000 and that number rose to almost 60% by the most recent estimates from 2014. But the overall figures, while important, cannot form the basis for an effective poverty alleviation strategy.
To determine more specific poverty information, the government of Guatemala conducts periodic surveys and censuses. These household-by-household surveys provide an accurate picture of poverty distribution. The downside, though, is that these traditional methods are expensive and time-consuming. For example, the most recent survey was conducted in 2014 and cost $2 million (USD) and 2 years to complete, and it only covered 11,500 households. Because of the high costs of time and money, these surveys are conducted at rather sporadic intervals.
Poverty patterns change frequently, so having updated information is key for strategically targeting poverty reduction efforts. Governments like Guatemala’s typically have less budget to conduct surveys, so they often have to base their aid planning on incomplete or out of date information. This results in poverty-related public expenditures that are, tragically, not able to accurately target those most in need.
The World Bank study using CDRs tries to discover if this data could be a potential supplement for the more expensive traditional surveys. By contrast, this CDR-based study cost approximately $100,000 (USD) to conduct, the majority of which went towards the fixed cost of developing the computer algorithm. Additional surveys will thus be significantly less expensive because the algorithm is already in place.

The study’s results are encouraging. Researchers concluded that CDRs can predict poverty distribution fairly accurately when measured against the collected data from recent surveys. Accuracy was higher in urban areas, where there are higher concentrations of poverty, due to the penetration of mobile phone usage.

These conclusions mean that CDR-based data collection can be used as a supplement to the more costly surveys to provide the Guatemalan government with updated, real-time poverty information. Currently, the CDR analysis does not fully match the accuracy of census data, but it is a strong complement. Additionally, researchers theorize that using a larger data set than the initial five regions used for this study will allow for greater accuracy and new possible applications of the data.

Enrique Frías, who works as one of our lead researchers in Telefónica and LUCA’s R&D department said:

“This study will help to implement and measure public policies in a very effective way, it has the potential of changing how to tackle and advance in the fight against poverty.”

The potential for more affordable solutions for addressing poverty is growing, whether through the use of Big Data like CDRs or through combining satellite imagery and Artificial Intelligence to map distribution. LUCA is excited by the possibility of using Big Data to more accurately target poverty efforts. Through our recently announced partnership with UNICEF’s Magic Box program and other Big Data for Social Good initiatives, we are encouraged at the progress that is being made to accomplish the goal of a world without poverty.
4 times Big Data invaded the world of Fashion5 degree programs for becoming a Data Scientist