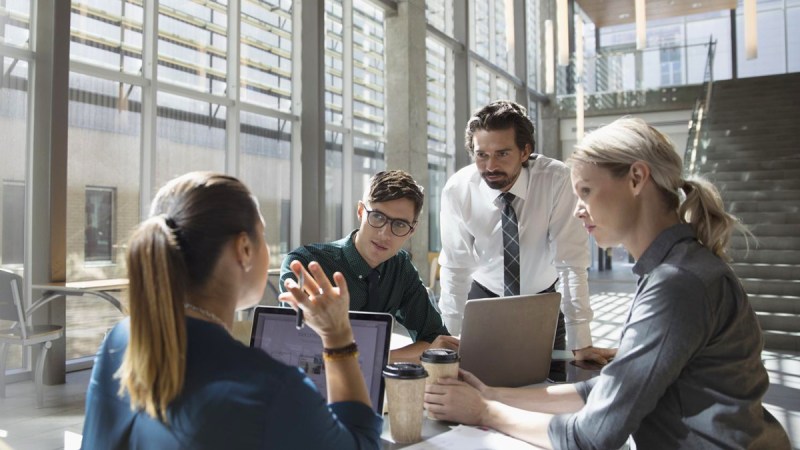 Since José Mª Álvarez-Pallete announced the creation of Telefónica Tech last November, ElevenPaths has accelerated its pace to get the complicated yet exciting mission that was entrusted to us by the company’s top management. It has been a time full of work in which, as a team, we have managed to become an independent company which allowed us to create value and grow organically and inorganically, in a more rapid way.

Within the framework of this inorganic growth, yesterday we announced the purchase of Govertis, a company from Valencia with international presence and projection. It has managed to become a leading cybersecurity consultancy firm specialising in GRC (Government, Risk and Compliance) and IRM (electronic management of digital assets).  Govertis also offers a comprehensive solution capable of unifying the legal and technological perspectives of cybersecurity.

More than eight years ago, a relationship that began in 2012 when Eduard Chaveli and Óscar Bou, founders of Govertis, successfully carried out several projects for Telefónica. Three years later, the relationship between the two companies was consolidated with the purchase by Telefónica of GesConsultor GRC, Govertis’ platform for management and regulatory compliance, (which would later be renamed as SandaS GRC by ElevenPaths). This operation was a clear commitment to the technology developed by Govertis and it was reinforced with the signing of a strategic alliance for the improvement and evolution of the platform in 2018. At that time, in addition to updating Sandas GRC, Telefónica was investing in the company through Wayra. Govertis thus became a company in which telco hold a 5%.

During the last few years, the ElevenPaths team has worked on identifying collaboration and investment opportunities with startups related to the world of cyber security and innovation in this same field, collaborating in some investments with the Wayra team, as in the case of Govertis in 2018, and closing own operations as with the purchase of the company Dinoflux also in 2018.

The purchase of 100% of Govertis by ElevenPaths has been the natural evolution of a strategic relationship that both parties had been nurturing for years. With this acquisition, we are now positioned as leaders in specialised consultancy in cybersecurity, governance, risk, regulatory compliance and information security. Complementary capabilities to our consolidated offer in the integration and management of security services.

This is a great work in which a multidisciplinary team of professionals from ElevenPaths has participated and which does not end with the purchase of the company. The work starts now. 100 new colleagues, first level professionals are joining ElevenPaths. It is a great opportunity to welcome them, to allow them to get to know the ElevenPaths culture and to enrich our know-how with their great experience and knowledge.

How to Track COVID-19 Infections, Discover Contacts On WhatsApp or Share Your Genes While Keeping Your PrivacyIndicators of Compromise, Key to Detecting and Solving Incidents in an Agile Way