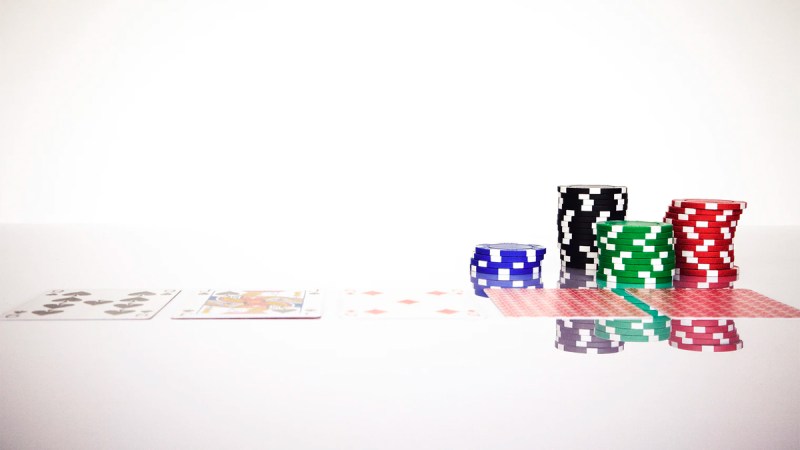 In May 2007, the digital artist known as Beeple decided to create and publish a new piece of artwork on the Internet every day. True to his word, he produced a new digital image daily for 5,000 days in a row. Known individually as EVERYDAYS, these illustrations collectively form the core of EVERYDAYS: THE FIRST 5,000 DAYS, one of the most unique works in the history of digital art. On 11 March his creation was auctioned at Christie’s for a total of $69,346,250. Yes, you read that right: almost 70 million dollars!

Why would anyone pay such a tremendous sum of money for a digital work of art that can be copied over and over again, and that you and I can own with identical fidelity?

Because the copy sold was unique thanks to non-fungible tokens (NFTs).

What Is a Token?

If you’ve never been to a casino before, you’ve seen it in the movies: when players go in, they exchange their money for tokens. When they gamble in the various games of chance, they don’t bet real money, they bet these tokens. Outside the casino, tokens have no value in themselves, they are nothing more than small plastic or ceramic discs. Inside the casino, a token is worth as much as the number written on the back of the token.

In addition, these tokens have a number of interesting characteristics:

Don’t think that casino tokens are the only ones. There are many other types of tokens: the fake money that is handed out at many festivals to pay for drinks, valid only within the festival grounds; the tokens sold at fairs and fairgrounds to get on the various attractions; the coins of many video games, which are acquired by paying with real money and only have value within the universe of the game; the invitation to private parties in nightclubs that you can redeem for a drink; not to mention lottery tickets; and many others.

What is a Digital Token?

If you’re a frequent user of services like Apple Pay, Amazon or Uber, I bet you’ve registered your credit card details to avoid having to enter them every time you buy something or take a ride. Tell me, how does it make you feel knowing that Apple, Amazon or Uber have access to your credit card? A dishonest employee or cybercriminal could gain access and use it in your name.

To limit the damage, decades ago the financial industry introduced the concept of a token: a virtual credit card, linked to your real credit card. You can create as many tokens (virtual cards) as you want, linked to the real card so that your transactions are charged to the account behind the real card, but with restrictions:

These restrictions limit the usefulness of the tokens and thus the impact in case of fraudulent use. These financial tokens mimic some of the characteristics of casino tokens, as they can only be used in a very limited environment, outside of which they have no validity.

Another common use case for tokens is in user authorisation. When you authenticate by entering your credentials on a website, it generates a (random) token associated with your identity and delivers it to you via a cookie or URL. From this moment on, you only need to show the token to be authorised to access any other page or service on the same website. Your token acts as a substitute for your credentials. Anyone who steals your token will be able to impersonate you, but only on that site, because outside its domain it is worthless and does not represent you.

Therefore, in its broadest sense, a token is any given substitute for sensitive data (bank accounts, financial statements, medical records, criminal records, driving licences, loan applications, stock market transactions, voter registrations and other types of personally identifiable information or PII), with no extrinsic value or exploitable outside the reference system in which it is created.

The process of creating a token from the original sensitive data is known as tokenisation, while the reverse process of redeeming the token is called de-tokenisation.

The security of a tokenisation system depends on the (im)possibility of forging tokens and de-tokenising them without access to the association map of the tokens with the sensitive data they represent. In particular, tokenisation of payment cards must comply with the Payment Card Industry Data Security Standard (PCI DSS).

As you can see, this tokenisation is not related to cryptography, but there is still more.

What Is a Cryptographic Token?

Technically, every cryptocurrency is a token: if you check the list of casino token features, you will see that cryptocurrencies have tokens. Depending on the exchange rate, for one euro you will get a certain number of tokens (or fractions of tokens). But in recent times, “token” is taking on a more specific meaning in relation to cryptocurrencies.

The term token is also used to refer specifically to a digital asset that resides on the blockchain of another cryptocurrency. The most widespread case is the ERC-20 token on the Ethereum blockchain. Ethereum incorporates a smart contract functionality that allows decentralised applications to run on its blockchain. ERC-20 tokens can represent a wide range of digital assets and, like other cryptographic assets, can hold value and be sent and received.

Not only can money be tokenised, but almost anything can be tokenised. According to the ERC-20 standard, a token can represent on Ethereum:

As in casinos, these ERC-20 tokens are fungible and replaceable: one token is equal in type and value to another token. But what about goods that are unique, such as a piece of art?

And so, we finally come to non-fungible tokens.

What Is a Non-Fungible Token (NFT)?

A non-fungible token (NFT) is completely unique and cannot replace any other token: there is either one NFT or there is none. In the case of ERC-20 tokens, there may be a hundred, a quarter or a million, but in the case of NFTs there is only one.

ERC-721 is a free and open standard that describes how to build non-fungible (or unique) tokens on the Ethereum blockchain. When an ERC-721 token is created, there is one and only one of these tokens in existence.

Apps using ERC-721 can register ownership of a lot of unique things and assign them to Ethereum pseudonymous account numbers: from a person’s birth certificate to property, art or even rare items in video games, such as plots of virtual land.

What Are Non-Fungible Tokens (NFTs) For?

To recap, an NFT can represent a still or animated image, a video clip or any other digital element. It can also be authenticated through a blockchain. Putting it all together, we see that an NFT is ideal for launching limited edition items: artwork, sports memorabilia, unique weapons in a video game, literally any unique digital good!

One of the first uses of NFTs was CryptoKitties: in 2017, the collection of cute, unique digital kittens appeared, with their own digital genome, stored in a smart contract immutably registered on the Ethereum blockchain. Depending on the specimen’s characteristics, each kitten can be worth more or less, from a few euros to hundreds of thousands. No two kittens are identical, which makes them rare and attractive and therefore desirable for collectors. Their success was so overwhelming that they crashed the Ethereum blockchain after their launch. They have now migrated to their own blockchain, known as Flow, designed especially for gaming.

The CryptoKitties phenomenon helped establish the legitimacy of non-fungible tokens in general and ERC-721 contracts in particular, especially for the gaming and collectibles markets. Anyone can verify in real time the rarity of an object, even non-technical users, through blockchain scanners such as Etherscan.

A typical problem faced by the art market has been counterfeiting. ERC-721 eliminates it because each item can be represented only once on the Ethereum network. As a consequence, in recent months we are witnessing an explosion (bubble?) of NFT applications in the world of art and collectibles:

The art and collectibles world has embraced non-fungible tokens to secure the identity of unique digital objects. In the coming months, we will see how far this fever will spread. In the meantime, have you already got your hands on a cryptokitty or your favourite player’s sticker??