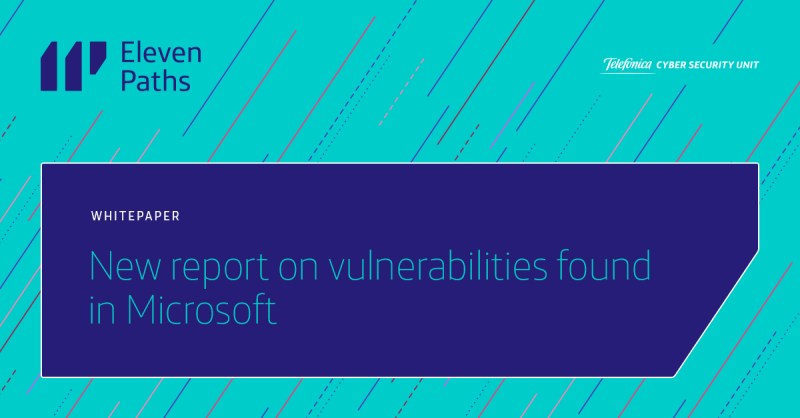 Over this report we will address the doubts as to how many flaws Microsoft detect in their own code, how severe they are, the trend they follow and how many flaws are found by third parties either through recognition programs or their own means.

We have performed a very simple analysis. We have collected and processed all the information of attributed CVEs from March 2016 to September 2019. The source of information has been mainly the following webpage:

Nevertheless, these figures do not represent the total number of flaws discovered every month or year. Actually, we have also considered those flaws that were not directly attributed. We understand that most of these flaws may come from vulnerabilities found in 0-days or under other circumstances where the author is not known (and the vulnerability has not been reported anonymously). In such cases, Microsoft do not attribute the finding to anyone in particular. This difference between attributed and ‘non- attributed’ vulnerabilities (which is not the same as ‘anonymous’) is represented in the following chart.

We may conclude that most of the vulnerabilities found in Microsoft (most of them with a severity of 8) are discovered by four main actors: Google, Qihoo, ZDI (that include independent researchers) and Microsoft. Over the last years the roles have changed, since Google and Microsoft have handed the first positions over to ZDI and Qihoo. It must be also noted the significant drop of non-attributed vulnerabilities (which are found and reported in a non-responsible manner). From 25% in 2016 to 9% in 2019, which means a better vulnerability management ⸺indeed via platforms as ZDI, where researchers are rewarded and encouraged to report vulnerabilities in a responsible way.

EasyDoH: our new extension for Firefox that makes DNS over HTTPS simplerEasyDoH Update Hot off the Press: New Improvements and Functionalities