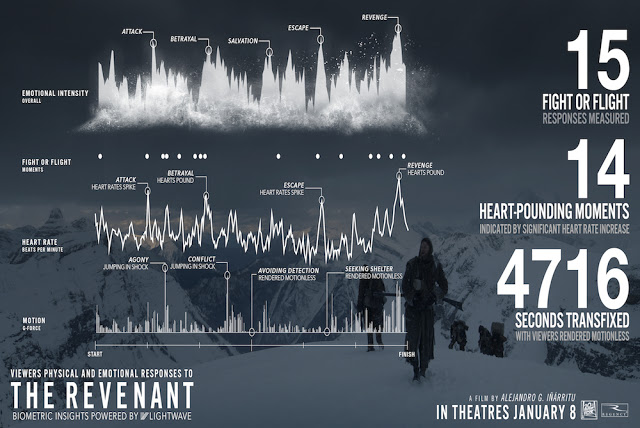 Since movie theaters were invented, there are two types of people that go there. The first group will arrive just in time for the movie, rushing to their seat just as it is about to start. The second group will get to the theater forty-five minutes early so that they can watch every single trailer released before the movie screening. Regardless of which group you belong to, if you’re a movie lover, Big Data is starting to change movies and trailer editing for ever.

Trailers have been with us since the beginning of cinema, however, they have changed quite a lot during these years. You can check the video below for a quick summary of what has been going on in the history of trailers, courtesy of The Verge.
In recent years, trailers show most of the plot of the movie, guarding no surprises, so that we actually want to go to the movies. Although when we get to the cinema we expect there to be more than the trailer actually shows. As the video states, the trailer for the Star Wars movie “The Force Awakens” reversed that trend of revealing all key plot points: it showed as little as possible, leaving the rest to the imagination. We are finally being really teased.But why this sudden change? As Wayne Peacock, Disney’s vice-president of analytics insights, tells in this Financial Times article, the trailer was studied from every social media perspective, gathering the data of Star Wars fans. It was then crafted until they got what they thought could be a great hit on social media. And so it was. On the release day of the trailer, 112 million people watched it in 24 hours. And based only on this trailer, subsequent fan content was created such as trailer reactions videos, recreations with cardboard and more.

Here is where Big Data plays its role in this story. Movie studios have taken all the data from profiles who are probably going to like a given movie and analyze it so they can craft a campaign to the last detail. For example, in this study held by CitizenNet, a company specialized in the analysis of social media data for advertising, a correlation is found between Facebook likes and domestic box office returns.

If this study has been done with Facebook and box office data, imagine what could be done with more detailed datasets. That is exactly what the next example has done. You probably have heard about the popular game World of Warcraft. Last summer, the movie was released worldwide and it was a complete hit. But if you followed its box office numbers, you could notice that it wasn’t in the US where WoW performed best, it was actually in China. It made $47 million dollars in the US, and $213 million in China. The FT article explains why the reason for China’s success was not because there are more fans over there.

WoW was produced by Legendary Films, which has a 70 people team dedicated exclusively to marketing their productions. This team is run by Matthew Marolda, Chief Analytics Officer. Legendary was acquired last year by the gigantic Asian Wanda. And so this explains why they hit so much in that market. They had access to detailed data on that market, so they were able to follow closely the advanced ticket sales. Also, the Chinese population is much more digital than the American one, so they could study much more thoroughly and determine their commercial actions accurately.
But far more from sales strategies, Big Data has recently started to help in other areas in film production. If you have seen Best Picture Winner “The Revenant” you might have found it heart pounding. Nevertheless, how do the producers find out how you reacted to the movie? “The Revenant” directed by Alejandro G. Iñarritu, carried out an unusual experiment in one of their pre-release screenings. Twenty Century Fox, producer of “The Revenant” partnered with Lightwave, a bioanalytics technology company, and so with their technology they measured the audience’s reaction with a wearable device. These are the results they got from it:
Imagine what film studios can do with this data. Not only can they use it to a commercial end, but they could also change they way the film is edited in order to fine tune it and make the audience feel more immersed in the movie. The are endless possibilities.

Stories have been part of our culture since the very beginning. They have been used to carry information when there was no written language, to trespass culture from generation to generation etc. To craft the perfect story relies on human creativity. Being able to scientifically measure the emotional response to a story could help us better understand ourselves and our emotions. At LUCA, we are eager to see how this industry develops new uses of data to help us find what does make our heart pound.

It’s raining data: How Big Data is changing weather forecastingWhat are the 5 principles of joined-up data?