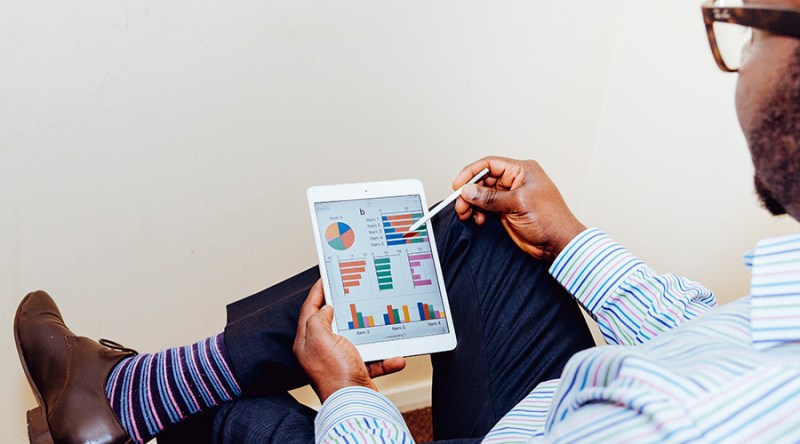 Acknowledged as the creator of the expression “Internet of Things” and precursor of a global standard system for Radio Frequency Identification (RFID), Kevin Ashton chatted with m2m Telefónica about the current situation with IoT.

A restless critic (he created a fake Twitter profile with over 80 thousand followers to call into question the current methods for measuring influence), he refutes expressions like ‘2014, the year of the Internet of things’: “I never know what that means. I think ‘the year of …’ is a more journalism than reality. Things will progress. They always have. I am not sure we ever want a ‘year of…’. How about a ‘century of’?”, he stresses.

Nonetheless, this writer and co-founder of the MIT Auto-ID Center and currently the President & CEO of Onnit, Inc., places less importance on the barriers to the development of these technologies and only urges companies to be daring enough to use The Internet of Things.

By 2009, you were arguing that IoT is not just a “bar code on steroids” or a “way to speed up toll roads”. You said then the IoT has the potential to change the world. What aspects should change immediately in our work, homes and life?

Few things change immediately. We will have —we do have— more sensors for health, energy, supply chain; a little more automation.

Fourteen years after your first IoT presentation, we’ve made a lot of progress, but still there are some barriers. What do you think are the most important limitations to the spread of the IoT? How can we overcome the barriers?

How can we manage the privacy and security issues?

A lack of standards in the industry means most devices on IoT are using existing connection methods (Wi-Fi, Bluetooth and the like) to connect to one another. Is this enough? Are these methods a limitation?

You created a global standard system for RFID many years ago. Today, many objects on the IoT can’t share data with one another, and can only be controlled from a single app or website. What is needed to develop these standards, this “universal glue to bind all the ‘things’ in Internet of Things to each other and to the cloud”?

Standards happen. Big rooms full of standards wonks are a last resort. The most important thing is open data access. If you can authorize anyone you want to access your data, and it is not unnecessarily complicated to get it and use it, the rest takes care of itself.

Do you think Google will play a role in establishing these standards? (taking into account its acquisition of Nest and the fact that its Android operating system is already powering most of the smart connected devices)

Is Android powering most smart devices? I am not sure that is true. It’s a cell phone standard, really. I think Google will play a huge role in the big data side of things. They excel at that -there is no other company that even comes close. In fact, I think they may be the only current player that will survive the shift to the Internet of Things. Most of the others are hopeless. I met senior people from Apple recently and they had no idea at all. Worse, they had no idea they had no idea. So, ten to twenty years from now, Google will still be standing, although not because of standards, but because Brin and Page are so smart. Apple, Microsoft, Dell, Cisco, Facebook, all those guys will either be gone or making money from their past. They are living the wrong paradigms.

You got interested in using RFID to help manage P&G’s supply chain. Now you are interested in clean-tech. Can the IoT combine all these things: process optimization, higher productivity, energy efficiency…?

Yep. IOT is about the physical world. Atoms, molecules, and electrons. Everything that’s not MP3s and cat videos, basically. (See comments above about Apple, Facebook.)

What should companies be doing today with IoT?

Using it. Even when it is not perfect. I see so many companies huddled around PowerPoint slides talking. They should do something instead. PowerPoint is procrastination. Procrastination is fear.