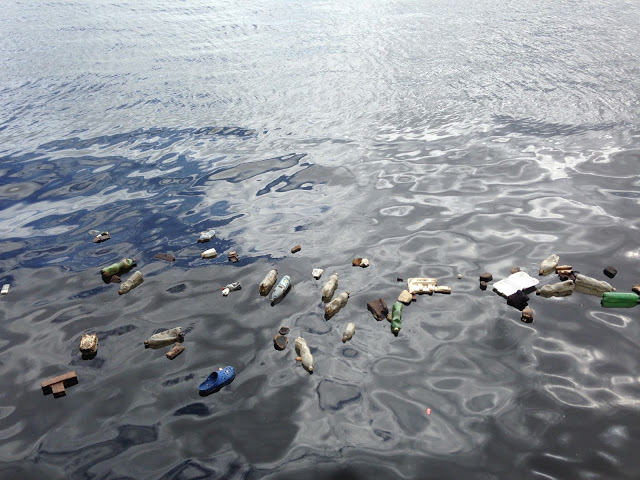 The United Nations have set out a series of Sustainable Development Goals that they hope will become a reality by 2030. The 14th of the 17 listed goals relates to “Life Below Water” and has the aim of protecting marine life by cleaning up oceans and combatting overfishing. But how can this be achieved? Does the power of Big Data and data science hold the answers?
Firstly, it is essential to understand the true impact of the damage that the human race has inflicted upon the Earth’s Oceans. The true scale of this can be captured through statistics. There are believed to be more than 5.25 trillion pieces of rubbish in the oceans and this number is growing. Oil spillages have also caused devastating damage which has led to the death of innumerable sea creatures.  Another issue to consider is overfishing; nearly 80% of the world’s fisheries have already been fully exploited and multiple sources predict that we will run out of seafood by 2050 if overfishing persists at the current level. However, the human race is taking steps in the correct direction as we optimize the power of sensors and Big Data in order to create a better future for all living creature
Now, let’s focus on the spillage of chemicals and oil in the oceans. Sometimes this can be accidental, but on other occasions, substances are purposely dumped. Big Data is allowing us to make more informed decisions when it comes to the positioning of oil refineries. Currents can be tracked over a period of time to assess if an area is suitably calm. This minimizes the risk of accidental spillage, such as the incident which occurred in 2010 in the Gulf of Mexico. In this instance, it is estimated that roughly 4.2 billion barrels of oil spilled into the Gulf… if such an event was to reoccur, it could be catastrophic.
Now let’s take a closer look at plastic pollution and general rubbish in our oceans. As already mentioned, there are an estimated 5.25 trillion pieces of rubbish scattered throughout the oceans, a high proportion of which are non-biodegradable plastic products. With that being said, multiple experts claim that ‘biodegradable’ options are not, in fact, any better. In order to decompose, they must be exposed to high temperatures over a prolonged period of time, something unlikely to occur in the depths of the ocean. Plastics often break down into substances known as microplastics, tiny plastic fragments, and it is currently unclear as to how these microplastics affect marine life. If fish were to consume these fragments, then humans consume the fish… in effect, we are eating our own waste.
The waste is accumulating in areas known as trash gyres, also called ocean rubbish dumps. Due to currents, trash is pulled together and is heavily concentrated in some areas. The most talked about dump is the ‘Great Pacific Garbage Patch’ which is estimated to be larger than twice the size of Texas. But, sadly, this is not a unique occurrence. There are multiple ocean dumps of a similar magnitude and they are growing at an alarming rate. But with the power of data science, we can begin to address this out-of-hand issue. Thanks to satellite imaging, it is simple to locate and track ocean trash, giving us a picture of the true scale of the disaster. The study, conducted in 2014, was the first time plastic debris of all sizes was measured.
The final area is overfishing; Big Data is helping us to catch the over-fishermen. As some background, it is believed that supplies of popular larger species such as Tuna have already been depleted by up to 90%. Evidently, action must be taken if we do not want to run out of seafood. If this was to happen, the hardest hit would be poor coastal communities around the world who rely on seafood as their primary source of protein. By using radio responders and satellite observations, all boats can be tracked. This will highlight when boats enter prohibited areas or act in a suspicious manner. The only slight limitation is that captains can turn off transponders, but in doing so this will give cause for concern. All of this information results in greater control and policing of fisheries and fishermen. Harsh penalties are also in place to dissuade the illegal activity.
It is clear that the human race is making movements in the correct direction through the power of data science. Here at LUCA we believe that the situation will improve further, as more data is collected and a greater impact can be made. Ultimately, we hope that the Sustainable Development Goals set by the United Nations can be reached in the near future.

In previous years, people’s relationship with technology in general, and with artificial intelligence in particular, was based on “text”, usually using specialised programming languages. Today, however, artificial intelligence has...
What are Dark Markets or Black Markets? This concept has been in the news for a long time as a consequence of clandestine sales. The markets for drugs and...
When John McCarthy and Marvin Minsky founded Artificial Intelligence in 1956, they were amazed how a machine could perform incredibly difficult puzzles quicker than humans. However, it turns out...