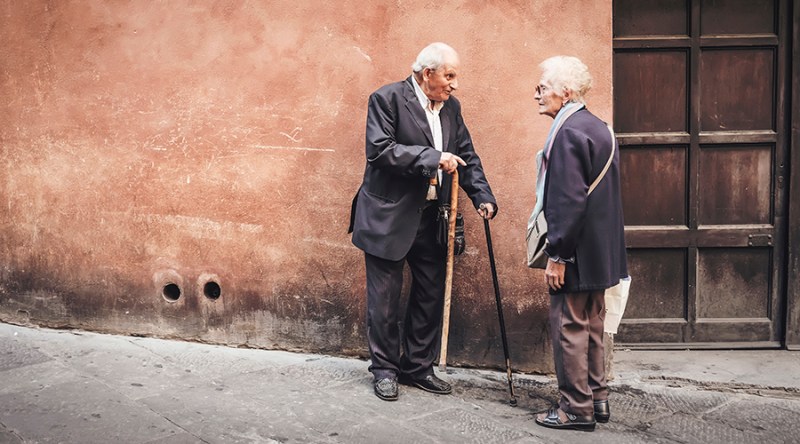 Demographic change is transforming our society and with that the forms of care for the elderly. We need technology that meets the needs of both the youngest and the elderly nowadays.

Older people do show interest in new technologies and this interest grows when they understand the benefits they bring them far outweigh the initial difficulties that their understanding and use may entail. However, there are initial barriers that would have to be broken down by helping them understand how to use them. In fact, more and more training courses are being created to help older people adapt technology to their daily lives and thus increase their independence and safety.

IoT, positioned as one of the most outstanding advances in the last century, will allow our elders to enjoy a fuller, more autonomous and safer life so they can carry out their daily activities that were becoming too difficult. There are already devices for the elderly that reinforce their accompaniment to home or to the health centers.

Among the simplest solutions, there are GPS monitoring devices, which thanks to their small size can be worn on the wrist, as a pendant or on the shoe, as is the case of the geolocated insole, which avoids the risk of loss or that they could take it off, since they do not have to know that they are wearing it.

All these devices allow us to know in real time where our relatives are, which gives us a great help in elderly people suffering from diseases such as Alzheimer’s and senile dementia, which can lead them to forget their way.

In the USA, a chain of residences for retirees called Schlegel Villages has put bracelets on all its residents to be able to geolocate their position and be able to track them in case they move away from the facilities. Thus, qualified personnel can reach them easily if it happens. They decided to implant this technology to reinforce the safety of their patients after several cases in which they got lost or disoriented when returning to the center. The locator greatly reduces the time to find them.

There are other available devices used to make seniors feel safe in their homes like watches with integrated GPS that send alerts S.O.S and location data in the case of an emergency. An example of how existing technology used for other purposes, such as a tracker for athletes, can be very useful with a new goal, such as safeguarding the safety of elderly people with location problems.

Many of these incorporate a fall detection function that would immediately alert the emergency services and send a notification to the caregivers or relatives of the person. If they notice a sudden movement, and several seconds pass without response, it emits a vibration. If the device does not still get an answer, a person would call the affected person’s cell phone to check if he or she is well and, in the case of not responding, contact a family member. They are very easy to use and have their own alarm button, which is not even necessary to press to activate it. It is enough to say aloud: “I need help” and the device automatically issues an alert.

There is also a wide variety of sensors that let you know how long the refrigerator has not been opened, if the lights remain on or if the bathroom has been used. If more than the recommended time passes without the refrigerator being used or if the lights of a room do not turn off, the sensor sends a warning to the smartphone of a relative so that he can get in touch with that person and know if everything is all right. It shows how Artificial Intelligence is applied to these devices in a very effective way. It learns patterns of behavior or habits of the person who lives in that house and adapt to the changes to be able to launch a warning if any routine varies from its habitual pattern.

There are also new projects that are starting up like the connected pillboxes that warn the user if a specific medication is running out or if there has been an error in the consumption patterns, that is, if they have taken the wrong pill or taken it at the wrong time.

There are many initiatives that are being carried out from the private sector; however authorities have already set to work with the objective to respond to the demographic challenges posed. The European Commission has created the ACTIVAGE project within the Horizon 2020 program (H2020), which funds research and innovation projects in various thematic areas in the European context.

The project involves around 10,000 elderly people from seven different countries of the European Union, for whom a series of products and services aimed at active and healthy aging based on IoT technologies are developed, such as:

With a society that is increasingly connected, older people cannot remain outside. It is because of this that technology is increasingly focused on them, helping them learn to use the new devices at their disposal and to promote security and independence in their daily lives.