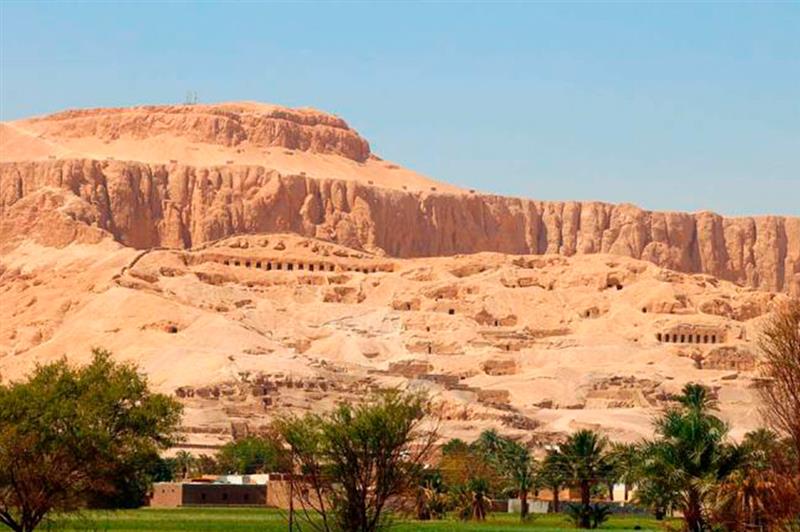 At the end of 2019, according to IoT Analytics, there were already 9.5 billion connected devices for consumers, businesses and scientists. The forecast for 2025 is three times this figure because the formula: large volumes of data + analysis + expert knowledge in one domain is useful … for almost anything. From managing devices in the home to controlling pollution or traffic in cities to using water more efficiently in agriculture or helping to control the spread of a virus. In today’s post, we will see how it can also be used to protect our archaeological treasures, with a world-famous example: The Valley of the Kings in Egypt.

Normally, IoT solutions for Geology monitor the natural environment to predict and prevent natural disasters. Thus, there are solutions aimed at predicting overflows in rivers, subsidence in tunnels, or earth movements. Other applications are aimed at understanding the impact of climate change on the stability of certain rock formations.

The importance of this study is evident when these “rock formations” are part of one of the most important archaeological sites in the world, such as the Valley of the Kings, located on the outskirts of Luxor, on the banks of the Nile. The Valley of the Kings is an ancient Egyptian necropolis where the tombs of most of the pharaohs of the New Empire are located. Among them, the best known is KV62, the tomb of Tutankhamun (c. 1342 – c. 1325 BC), discovered by Howard Carter in 1922.

To guarantee the best conservation of the tombs and the safety of the millions of tourists who visit them every year, it is essential to control the stability of the limestone formations that surround the valley, and which can be impacted by both seismic and meteorological phenomena.

The Valley of the Kings project

To find out more, a team from York University (Canada), the Department of Earth Sciences at the ETH Zurich and the University of Basel carried out a study on the stability of the rocky cliff above tomb KV42.

The researchers developed mathematical modelling of the behaviour of the rock, analysing factors such as moisture absorption, volume changes due to temperature changes, displacements/fractures caused by small seismic movements or torrential rainfall etc.

The role of IoT sensors

The researchers installed a set of IoT sensors to monitor the rock and its environment and generate the data to train the model. In particular, a Plug & Sense Smart Agriculture Pro weather station from one of our partners, the company Libelium, was installed. The station allows the measurement of wind speed and direction, rainfall volume, solar radiation, temperature (air and rock), and degree of humidity. Additional sensors were added to the station, which is powered by solar energy:

– A dendrometer, to measure how tree growth influences the opening of the fracture

The sensors record data every 15 minutes, store it in memory and then send it to a remote server via a cellular network (3G/4G).

In this way, the impact of erosion on the crack can be controlled, and an early warning can be generated in the event of a risk of fracture, thus ensuring the preservation of the historical heritage site and the safety of visitors.

Technologies for monitoring cracks in solid materials are becoming increasingly important, not only in historical sites but also in any other type of natural or human structures due to the negative impact on them of phenomena related to climate change.