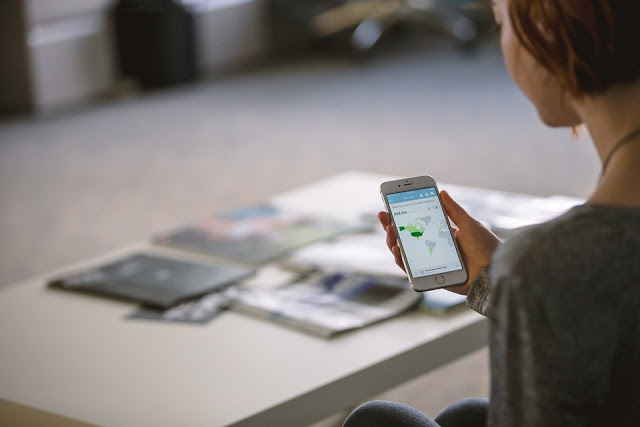 This post debates the value of international phone calls in understanding society.
Telefónica has a wide global infrastructure of networks which can be used by other service providers to carry their international call and data traffic. Telefonica Business Solutions sell this service, amongst others, negotiating wholesale business deals. Our role throughout this process is to collect call and data traffic in one country (provided by a telecommunications operator) and effectively transport and pass this on to another operator in a different country.
We recently had the chance to process and analyse a few months’ worth of data relating to this service. The aim of this was to let us understand the data and information allowing us to discover some interesting facts with a pretty simple analysis. All the information that is stored and processed by our global Big Data team here in LUCA is done so anonymously, ensuring a secure working environment.
When dealing with voice calls, the characteristics of each “recording/event” have a dataset which can be summed up as the phone number from the country of origin, a destination phone number, a timestamp and the call time duration. To add a deeper analysis, we can also use further parameters – but we won’t do that on this occassion.
Whilst the phone numbers we deal with are anonymous, we can access the country code and in some cases the region or province of the number of the person making the call and the person receiving the call. This dataset may face limitations in terms of data variance but it is expansive in terms of volume. In terms of structure it is very similar to some popular open data relating to air traffic (see this example). In fact, this resemblance has allowed us to easily reuse some interpretations of the data as they have been previously formed by the programme Carto.
Let’s listen to what the data tells us:
Given the basic information that this dataset has provided, the first exploration that we have raised is the evolution of the total number of calls that they have studied. The following graph is a representation of the daily traffic that was studied.
It has been found that a weekly pattern takes place with dips during the weekend. What is most notable is the weekly variation and of course even more so when the variations are very pronounced. The data is starting to to show something worth debating, so what is the data trying to tell us?
The answer becomes clearer when we start to travel between countries. For example, in the following graphic we can see the daily progress of the number of calls to Italy from various countries. The biggest peaks that appear on the right hand of the graph are from the 24th of August 2016, which is when a large earthquake took place in Italy.
The data may also be starting to allow us to analyse international events when the ties between countries are noted through our data. Let’s hold that thought, the information starts to appear more subtly: why was the response of Ecuador or Argentina more notable than other countries? We can try to explain the situation with a few well thought out arguments, but, we want the data to do the talking.
Google gives us a very useful tool to help us interpret this information we are finding. This platform is referred to as GDELT and it monitors in real time what’s happening in the world and the impact it’s having. It also takes into consideration the language and where in the world it has happened. This means that we can further develop the information that we already have by combining the local and global. This tool can be used with the BigQuery platform from Google. Depending on how you choose to set the parameters the results may vary or you can simply stick to the preconfigured analytical tools.
As an example, in June 2016, the United Kingdom voted over whether they would remain in the European Union. Can our data explain this? It certainly can. We aren’t just talking about the immediate effect but also the impact it will have in the following weeks. We can see in the following graph the amount of calls between the United Kingdom and Belgium (headquarters of the European Commission). The first marked date (in red) is the day of the vote (Thursday June 23). We can also see the impact in the weeks after the event. The second marked date, exactly a month after, coincides with the first published economic index which highlighted the economic contraction of the United Kingdom.
These initial investigations help to create a more formal model. These bodies can even be the anonymous phone numbers as well as the geographical regions with their origin and destination. They can also be taken as separate data that can create a series of indicators (amount of minutes received and taken), or this information can be paired up so that it would be talking about a network or graph in which the hubs are the bodies and the arcs connect those hubs with others where there has been traffic. 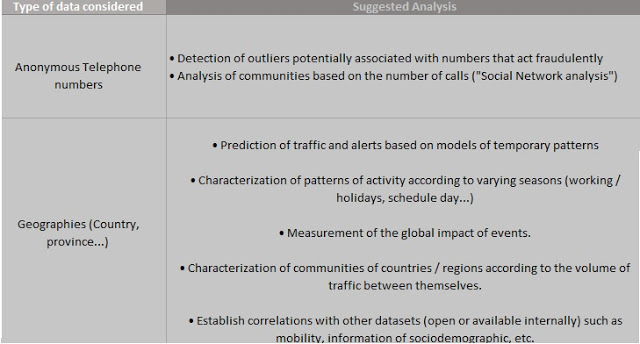 The next figure shows an example from a graph which represents a map that shows and analyzes the existing connections between Spain and the rest of the countries noted. In detail, the data is linked to July 7 2016, and highlight the connections with Islamic countries as it was the last day of Ramadan. They also show links to countries that contribute to tourism in the summer. The video below shows the daily changes in data from the map.