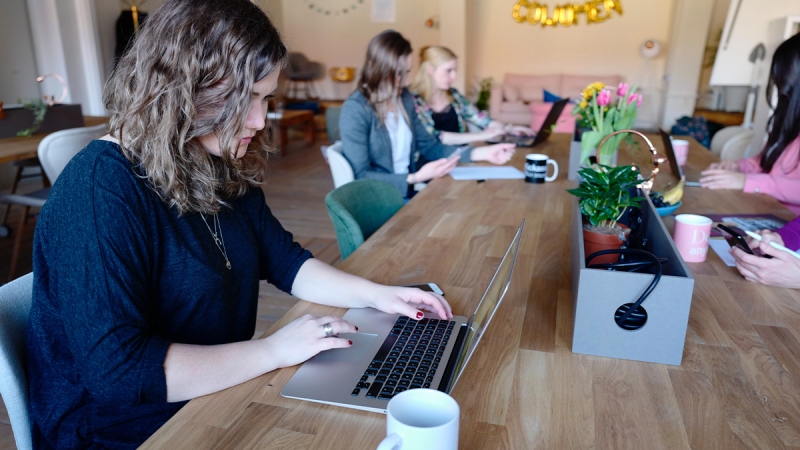 The world is moving extremely fast. If we look back, we would have never imagined the possibility of connecting to a computer without interrupting the landline phone at home or answering a work email from our mobile phone. We live along with technology from the moment we wake up to the moment we go to sleep. What is the first thing we usually do as soon as we open our eyes? Almost certainly checking our mobile phones or even our social networks.

Years ago, when we were younger, we didn’t live dependent on our mobile phones, social media and everything that it entails. In fact, we had to ask permission to be able to connect to the Internet and use the social networks of the time. Now young people have a double nuance, on one side, they are purely technological and have been born with a phone in their hands, but on the other side, they are too exposed to technology and this could be a danger, or perhaps an opportunity.

Why could technology become a danger?

Exposure to social media can be harmful if it is not used responsibly. To this end, it is essential to educate children and teenagers on good practices in the use of technology.

How could we do this?

Children should be taught that they should not be dependent on technology, but that it ought to be used as a game, with established schedules and under supervision. That technology is a complement to their growth, but that they do not have to invest all their time in it. In fact, they should encourage their imagination and not get used to the immediacy provided by the Internet.

As they move through the stages of childhood, and reach a more mature age, they should be made aware of the safety issues they could be exposed to if they use social networks in an unsafe way, for example, by giving out personal details, sending photos to strangers, or trusting people they do not know in the real world.

In fact, this concept is very important, we must make them understand that not everything that happens on the internet is real, that they should not believe everything they see, since even an image of a person could be altered, for example, through a hologram, a person could impersonate someone else, and deceive their victim to achieve their goal, which is never going to be good.

As well as teaching how to prevent conversations with people who may not be who they say they are, we also need to raise awareness of non-bullying. As well as teaching empathy and respect, emphasis must also be placed on cyberbullying.

As we are developing, social networks can be an impetus for socialising, learning and developing the imagination.  However, they can also present several dangers, including cyberbullying, so it is very important to teach them that they should respect themselves and should not neglect the privacy of their data and image and that, on the other hand, they should respect others and not disseminate content about peers or friends in the social environment.

In short, focus on the use of technology as something positive and from which much can be learned, but without forgetting the dangers that can arise if we do not “put an antivirus”, through education, to the youngest.

Why could technology be an opportunity?

Because if interest in technology is awakened from a young age, since they are in full contact with it, it could be an opportunity for them, as they could start, for example, programming at a very young age, identifying this task as a game.

How could they get started?

Through programming, for example, which is one of the languages of the digital society. If they approach programming as a learning game from an early age, if they finally like it, they will be able to specialise and move on to more specific programming courses. For example, starting with code.org, where, in fact, José María Álvarez-Pallete is a promoter alongside figures like Obama, Zuckerberg, Jeff Bezos and Susan Wojcicki.

In this way, through platforms such as code.org, they could transform an interest, which from the beginning can be instilled as learning through play, into a challenge, advancing in technological knowledge as they grow.

Thus, knowing the dangers, promoting knowledge and continuous learning, who knows if in the future they may consider this game as an impulse to train and end up working in it. Moreover, there is a huge offer in the world of cybersecurity, which is growing exponentially every year.

In short, to encourage young people from an early age to play and get excited about learning everything that technology can offer them. Warn them of course of the dangers, but without fear so that they can develop technologically speaking.

Also teach them that hackers are not the bad guys in the story; the dangerous ones are those who use technology to do evil. But it is important to differentiate between these two figures because, who knows, in the future they may end up being hackers and developing tools to detect security flaws and protect clients, or users, from the dangers they were taught from an early age.

In this way, if young people develop an interest in protecting themselves and others, they could also develop an interest in analysing, for example, social networks. How a simple tweet can go viral and how they can check day by day whether the trend of that message continues to rise or whether it is no longer being talked about. Through this little game or visual curiosity, without realising it, they would be acting as cyber intelligence analysts, carrying out a basic study of a trend on social networks.

In short, technology education has to go through stages of learning as children grow up. There is little point in explaining to a very young child the dangers of phishing or ransomware without a prior context. That is why in the early stages it will be necessary to accompany them in the use of technology, to supervise what they do and what they learn.

In short, education and protection should be used to awaken their interest in how to use the Internet safely, and in how to advance in knowledge in order to gradually improve. It is always said that children are the future of the world, and in this case, they are the future of technology and cybersecurity as we understand it now, and how it will progress thanks to them in a few years’ time.

Microsoft security bulletin Microsoft has published its January security bulletin in which it has fixed a total of 97 bugs, including six 0-day vulnerabilities and nine bugs classified as critical....
Welcome to the digital era. This is an era in which we embrace technology, with what it offers us in almost every sphere of our lives. From carrying a...
We are only in the early stages of AI development, but its impact is already huge When making predictions in the technological field, it is always advisable to start by...
I still remember talking to my colleague Miguel Mateo after his presentation at the Telefónica Tech stand at MWC21 (Mobile World Congress 2021) about how the union of Predictive...
Mail delivery failure on Microsoft Exchange on-premises servers 2 January, Microsoft released a workaround to fix a bug that interrupted email delivery on Microsoft Exchange on-premises servers. The bug is a “year...
I recently forgot the password to access the personal area of my current bank’s online banking app. I show you the process of resetting the password, carried out from...