Skip to content
You’re in a coffee bar and you need to connect your smartphone to a Wi-Fi, so you check your screen and see the following options. Imagine that you know or can ask for the key, in case it were requested, which one would you choose? 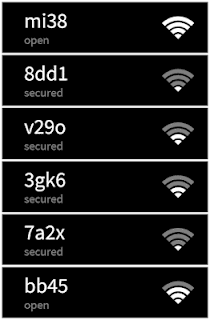 Depending on your security awareness level, you will choose the first one: mi38, that seems to have the best signal; or v29o, that has not such a bad signal but is secured and requests a password. Imagine now that you are in the same coffee bar, but in this case you have the following list of Wi-Fi networks on your smartphone screen. Which one would you choose now? 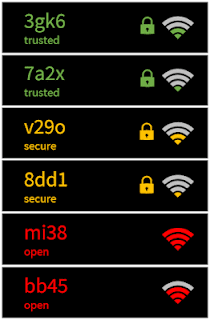 Whether your security awareness level is high or not, I’m pretty sure that you would choose 3gk6. What has changed? They are the same Wi-Fi networks, but presented in a different manner. You are not even aware, but this presentation will have influenced your decision. Welcome to the nudge power!
Those nudges that sway your decisions without your knowledge
In 2008 Richard Thaler and Cass Sunstein published Nudge: Improving Decisions about Health, Wealth, and Happiness, a book that helped to popularize the “Nudge theory” and the concept of “choice architecture“. In this book the authors postulate that by designing carefully the options showed to the public, as well as the way such options are presented or framed, we are subtly influencing the decision made, without limiting the choice freedom.
According to the authors, a nudge is: “any aspect of the choice architecture that alters people’s behavior in a predictable way without forbidding any options or significantly changing their economic incentives.”
This book includes dozens of success cases of nudges and choice architectures: fly images etched on urinals that reduced spillage on men bathroom floors; fruits and vegetables that had been placed in front of the self-service tape increased purchases of these fruits and veggies more than if they had been placed at the end; displays along the road showing the speed of the vehicles approaching, so making them slow down; forms presenting the organ donation as default option when somebody dies that achieve vast differences in terms of figures between countries; and I could go on. This book is really fun and illustrative.
As we previously saw in articles of this set, our rationality is limited and our decisions are systematically subdued to biases and heuristics that produce undesirable results in some complex situations. Nudges are supported by the theoretical framework of two cognitive systems: System I and System II. The main feature of these nudges is that they exploit our irrationality.
Over the years, the concept of nudge has been shaped out and new definitions have appeared. A particularly useful definition is the behavioral scientist P. G. Hansen’s one: “A nudge is a function of (I) any attempt at influencing people’s judgment, choice or behavior in a predictable way (II) that is motivated because of cognitive boundaries, biases, routines, and habits in individual and social decision-making posing barriers for people to perform rationally in their own self-declared interests, and which (III) works by making use of those boundaries, biases, routines, and habits as integral parts of such attempts.”
This definition suggests the following nudges’ features: :
Let’s go back to the first example presented on Wi-Fi networks. According to Hansen’s definition, we can observe how the second way used to present the network list affects as follows:
And all this by showing the same networks, without forbidding any option or changing users’ economic incentives. That is to say, all these biases are being tapped to display the preferable option in the first place of the list, in green, including a lock in addition to text; and prioritizing by security as the first criterion as well as by connection speed as the second one. Ultimately, biases are analyzed, and a nudge is designed to tap into them, while respecting choice freedom.
Several research works have materialized this Wi-Fi networks’ experiment  successfully achieving to modify users’ behaviors towards more secure choices. In all the cases, these researches reached similar conclusions:
How to influence your employees’ security behavior
Every day, people within your organization are dealing with a wide range of security decisions, in addition to choose a secure Wi-Fi:
This is why security policies exist: they guide users’ behavior by requiring them to act as securely as possible within the organization’s security context and aims. However, are there other alternatives? Is it possible to guide people’s security choices while respecting their self-determination and without limiting the options? In other words: is it achievable that they act securely without them being aware of they are being influenced and feeling that their freedom is being limited?
According to R. Calo, professor specialized in cyberlaw, there are three types of behavioral intervention: 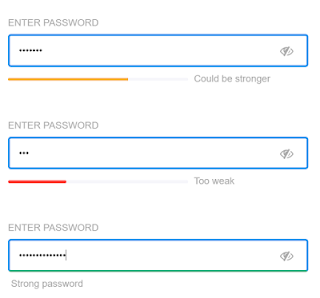 Therefore, to ensure the success of a behavioral intervention it will be desirable to call both types of processes.
The most effective nudges in the field of information security
Hybrid nudges are the most effective ones, since they combine thought-provoking information with any other cognitive trick that exploits biases or heuristics::

As you may imagine, this issue is not without its ethical implications, since you are creating interventions with the aim of influencing users’ behavior by exploiting cognitive processes’ holes. In summary, we may say that you are hacking users’ brains.
The researchers K. Renaud and V. Zimmermann have published a full paper where they explore nudges’ ethical guidelines in its broadest sense. This way, they state a number of general principles to create ethical nudges, so before launching yourself on the design of your own organizational nudges, I recommend you to think about the following five ethical principles:

Use nudges for Good

Nudges are becoming more usual in the field of cybersecurity with the aim of influencing people in order to make them choose the option that the nudge designer consider is the best or most secure one. New choice architectures are being explored as a means for designing better security making-decision environments without drawing on restrictive policies or limiting options. Even if the neutral design is a fallacy, be cautious and ethical when designing your organizational nudges: design them to help users to overcome those biases and heuristics that endanger their decisions on privacy and security.
Push your organization to achieve a greater security, always respecting people’s freedom.
Gonzalo Álvarez de Marañón
Innovation and Labs (ElevenPaths)
gonzalo.alvarez@global.telefonica.com
Don’t confuse the frequency of an incident with the ease you remember itThe base rate fallacy or why antiviruses, antispam filters and detection probes work worse than what is actually promised