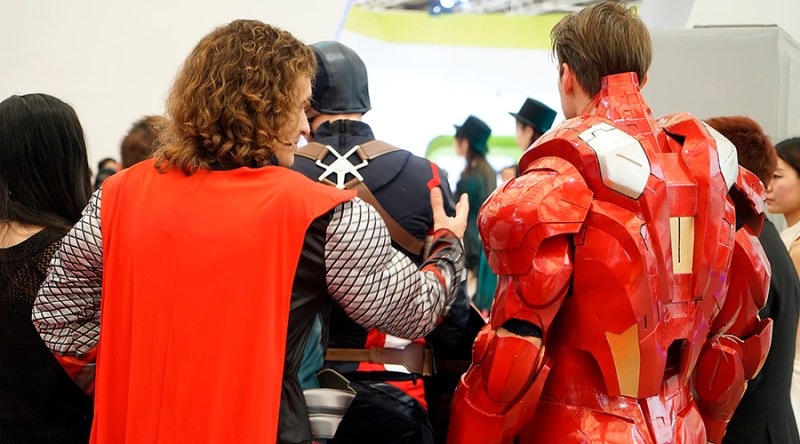 Ironman is quite probably the Avenger who has made the most of technology. His main weapon is his high level of intelligence, which, throughout this character’s history, has allowed him to create applications that were impossible just a few years earlier. Always ahead of the curve, but using technologies available today thanks to the IoT, Ironman was the first to use an ultra-sophisticated voice assistant: a chatbot with features that are only possible thanks to the statistics provided by the sensors installed in his armor, and with a high level of connectivity with his environment to get information from satellites and other available technologies.

The nation of Wakanda, led by King T’Challa (better known as the Black Panther), enjoys the inestimable assistance of a powerful mineral from outer space called Vibranium, which is capable of repelling impacts or vibrations. In addition to his qualities as a superhero, the Black Panther is also known as an ingenious inventor and a true forerunner of the IoT: his greater agility, physical strength and feline qualities are joined by armor made of Vibranium, which makes him practically invincible in a one-on-one battle. Aside from its alien properties, this armor could be considered a wearable made of an ultra-sturdy, lightweight material which provides users with real-time data on their physical status, heartbeat, distance travelled and even blood tests.

Vision: Artificial intelligence to save the world

This soldier from the United States Army during World War II, the best friend of Captain America, was captured by HYDRA, the antagonist organization of the Avengers in the second installment of the series, Age of Ultron. HYDRA implanted a bionic arm in Bucky which provides him with physical properties quite similar to the superpowers of Captain America. Although the IoT is far from turning the people who use it into superheroes, the fact is that it has revolutionized the world of prosthetics by enormously extending their possibilities thanks primarily to connectivity and the statistics that these devices are capable of providing their users.

The leader of the Guardians of the Galaxy, who join the Avengers in this installment, Star-Lord is a consummate expert in futuristic devices that could easily be considered applications of the Internet of Things. This former smugglers travels around the entire galaxy in his Ship, a spaceship connected through impulses sent directly from his brain.  Ship can travel though any element and has ultra-resistant shields, advanced sensors and hologram projectors, so it could be regarded as an extreme evolution of the possibilities of today’s electronic communication technology in connected vehicles. Today we already have the technology needed to create highly sophisticated autonomous vehicles; however, this last stage represented by Star-Lord’s spaceship, which is also capable of showing human feelings, is still beyond the possibilities of today’s IoT technology. Though maybe not for long.

IoT to save the environmentThe benefits of energy efficiency: Much more than savings