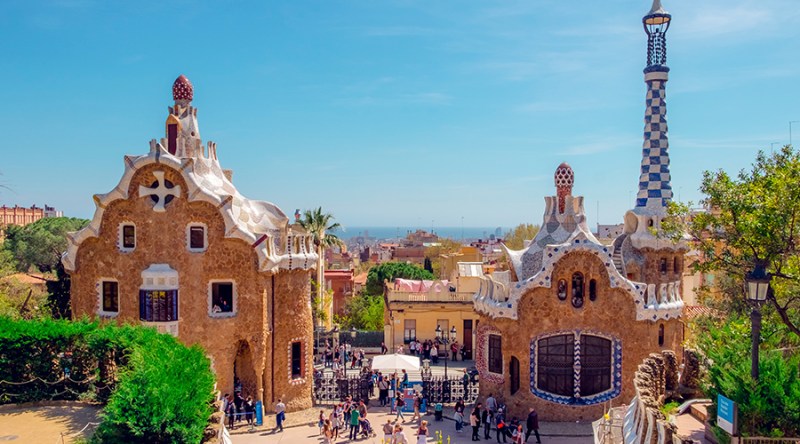 Thanks to IoT technology, we can imagine cities that are increasingly sustainable and intelligent. By installing IoT devices in different parts of the city, communicating with each other and collecting data on the daily lives of citizens, it is possible to improve the day of the citizens by moving towards smarter and more sustainable cities.

Next, we will analyze some examples of sustainable cities thanks to the IoT technology:

Since 2012, Barcelona has incorporated IoT technology to improve the lives of its citizens through some 20,000 sensors placed throughout the city.

In the case of this city, problems such as pollution are managed much more efficiently because these sensors collect information on air quality. Other initiatives also stand out, such as the Barcelona + Sustainable Map, which shows the initiatives to make the city more eco-friendly.

Sensors and the development of connected mobile applications have improved mobility and other aspects of citizens’ daily lives. These applications allow you to know the places where there are free parking spaces and go there directly, saving time and reducing the level of contamination.

The same happens with public transport. Through location devices placed on the buses you can know the exact time at which the bus will arrive at the stop, allowing better planning time for the passengers. Another example is the Barcelona metro, where intelligent lifts have been incorporated, which, by using real-time data, await passengers at the platform level just before the train arrives. This accelerates user mobility, reduces clutter and reduces energy consumption.

IoT technology has also been applied to other aspects of the city such as lighting. Intelligent lighting sensors are able to detect when there are pedestrians or not in the street, simultaneously reducing the intensity level of light. An electric saving of up to 30% is thus achieved.

Singapore is one of the most iconic Asian cities when it comes to intelligent and sustainable development.

For example, in the field of mobility, the purchase of vehicles and the use of roads are subject to high taxes. In fact, the tolls to circulate around Singapore are controlled by sensors, vary depending on traffic and, at peak times, they charge a supplement. In this way it is intended to reduce pollution due to the excessive use of vehicles in the city, thanks to the Internet of Things.

The care of the elderly has also considerably improved and with that their quality of life thanks to the application of IoT. By installing sensors in the homes of older people, they make sure that their health is controlled, warning family members if they detect any alteration in their movements. This attention is not only designed for the home, but also for mobile applications that send notices to their families if something happens to them in the street.

The cleaning and maintenance of the green areas of the city is also one of the most important issues in Singapore. Through surveillance systems, they ensure that citizens do not throw cigarettes to the ground or from the windows. Such is the interest to preserve the clean city that even the sale of chewing gum is restricted so that they are not thrown to the ground.

Amsterdam, in its role as a sustainable and smart city, is trying to reduce CO2 emissions and energy consumption produced by the city’s homes through the IoT. One example is the creation of sustainable neighborhoods that, through smart meters installed in homes; aim to raise awareness among residents about energy use.

In terms of mobility, transportation produces around one third of the total CO2 emissions in Amsterdam and to combat it they have created a platform that identifies how to contribute to a more sustainable mode of transport. One example is the Smart Parking project that, through an application, allows users to reserve a parking space in both public and private spaces, reducing the time they spend searching for a site and thus reducing the emissions produced.

IoT technology is already applied in all areas of the city of Amsterdam, for example, in the field of health. Through the creation of digital health platforms that work in collaboration with the medical centers of the city, Amsterdam is moving towards treatment models that combine assistance in health centers and home care.