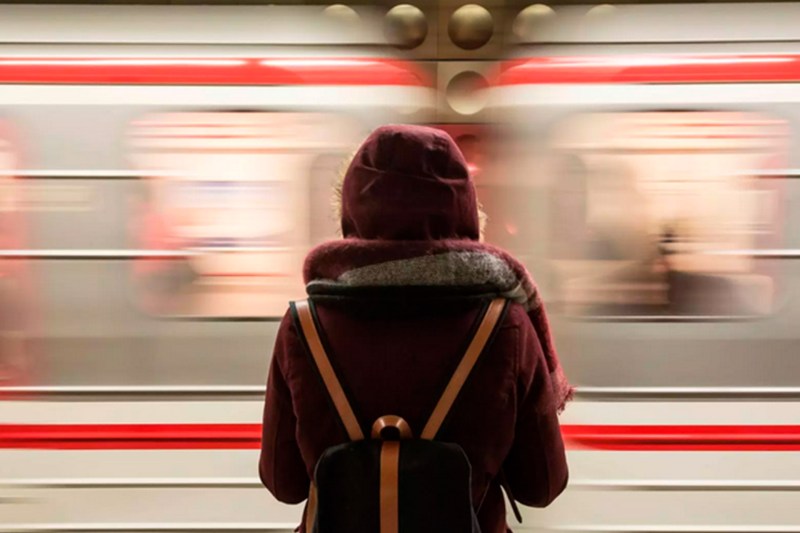 Telefónica operates in 17 countries and has presence in 24, however its central offices can be found in Madrid, in a business complex called Distrito Telefónica. The complex consists of 140,000 metres squared in which more than 13,000 people work every day, not including many visitors that also frequent the complex. But how does everyone navigate their way to the complex and where do people start their journeys? Do they primarily use public or private transport? And when are peak times?

These questions are very important in the face of the new sustainable transport design strategies which would reduce the environmental impact of transportation whilst making the service more convenient and efficient for everyone.Telefónica´s global Environmental Team is designing a sustainable transport plan for Distrito T. The scientists from LUCA´s team, Big Data for Social Good are currently working together, using Big to analyse the daily movements of the employees of Distrito Telefónica.

The data from the study shows the movement of people to Distrito T during November 2017, with the majority being workers located in the complex. The data is anonymous and has been stored on the company’s own servers, providing the corresponding security. The dataset comes from three various high-quality sources; LUCA smart steps mobility data platform and the Transport Consortium of Madrid which records ticket uses within the public transport network (bus, metro, commuter train) whose routes end at the Ronda de la Comunicación metro stop. The final source of data is the total number of arrivals to Distrito T, including the daily number of arrivals by personnel in and out of any of the buildings as well as from the underground carpark.

The analysis of routes and variation in times of arrival and departure to and from District T.

The study compiled these three data sources. Routes were selected from the platform Smart Steps which, during November 2017, terminated within the red shaded area of the figure.

The inability to define the exact location within the zone is due to the topology of mobile phone calls. We estimate that 6% of the dataset included in the study, did not in fact terminate in Distrito T, but instead in the nearby area.

The graph below which maps the variation of journeys made, measured by mobile networks and metro trips, reveals an average number of 11,738 journeys daily (excluding public holidays) of which 1,750 were made by public transport (referring to those who used the metro above).

We compared this dataset with the entries recorded at the entrance of the buildings, recording a daily average of 11,102 employees which constitutes the baseline inflow of people.

Data regarding the use of parking represents a range between 40% and 47% of this baseline, of which 20% are estimated to come in a private car, parking on the ground level and with 19.5% using public transport. Furthermore, if we analyse the modes of transport used, we can obtain an accurate insight into 86.5% of the total workers. It is important to point out that the study does not consider the possible impact of the opening of the new underground car park near the East-South squares of District T.

Another aspect we analysed is the variation of arrival and departure times, which has a direct impact on congestion in the area around peak times.

Two essential factors when choosing a mode of transport, and therefore important to the proposal of more sustainable alternatives, are the location of the worker’s residences and their total travel times. Using Smart Steps (routes inferred from the movements of mobile phone signals), we extracted the locations throughout the Community of Madrid from where their daily journeys started to where they ended, in this case, Distrito Telefónica.

Next we present a similar map, this time using the analysis of arrivals by people registered in the public transport network (bus, metro and commuter train) destined for Ronda de la Comunicación metro stop

Both maps show coherence with respect to the areas of high density of routes with similar origins (Northeast of the city, central axis of Castellana and Alcobendas), but at the same time we observe a high volume of route origins, from which public transport is not used, perhaps for reasons of convenience in terms of travel time. In the following figure above (right) we have marked these areas in dotted line. These areas would be ideal for proposing the use of carpooling schemes as they are located far from Distrito T, have a radial orientation, and therefore people have little choice but to use a private vehicle.

Travel times on public transport could be accurately measured by calculating the time between the validation of the ticket/travel card and the exit from Ronda de la Comunicación metro stop. However, timing a private vehicle is more complex. For this reason, we have resorted to the use of the public API of Google Maps. This API provides us with an estimate of travel time between two points at a given time and the mode of transport used. For example, in the case of measuring the travel time between Chamartín and Distrito T, it gives us an estimate of the journey by car between 12 and 26 minutes.

On the other hand, we do have our own interactive map of travel times on public transport. There are two types of passengers:

The following map illustrates the demand for the use of the different metro stations. The larger the size and darker the colour reflecting a higher demand.

As we can see, Chamartín station is the most used. However, looking more closely, the majority of users who travel to Distrito T through this station are multimodal (92.7%), therefore travelling from more distant locations. The stations with the highest multimodality figures are Chamartín (92.7%), Príncipe Pio (76%), Conde de Casal (62%), Moncloa (53%) and Nuevos Ministerios (42%). This analysis is relevant due to the significant differences in travel times between multimodal and unimodal users. In the case of Chamartín, multimodal users take 61 minutes to get to Distrito T, compared to metro users, taking on average 22 minutes.

Next, we obtained a map of average travel time on public transport grouped by postcode, which may be insightful for those who consider using this mode of transport:

In addition, we obtained a granular version (in the hexagonal grid) of the travel time in public transport.

If we compare this map with the one obtained from Google’s estimations of travel by car, we obtain a new map in which we can identify the difference in travel time between private car and public transport in each zone.

To conclude, we can highlight the following when recommending the use of public or private transport to reach the District: It is advised to consider the use of public transport as opposed to a private car in all areas marked in green (especially those in dark green) as they would not experience a significant delay and moreover would benefit from numerous advantages (sustainability, environmental impact, economy, etc.).

We hope you have found the study interesting and has encouraged you to follow our blog to read more stories behind the Data.

How AI is revolutionising the Classical Music industry: An analysis of the musical AI by Aiva TechnologiesAI in Advertising: Prediciting Trends or Reinforcing Stereotypes?