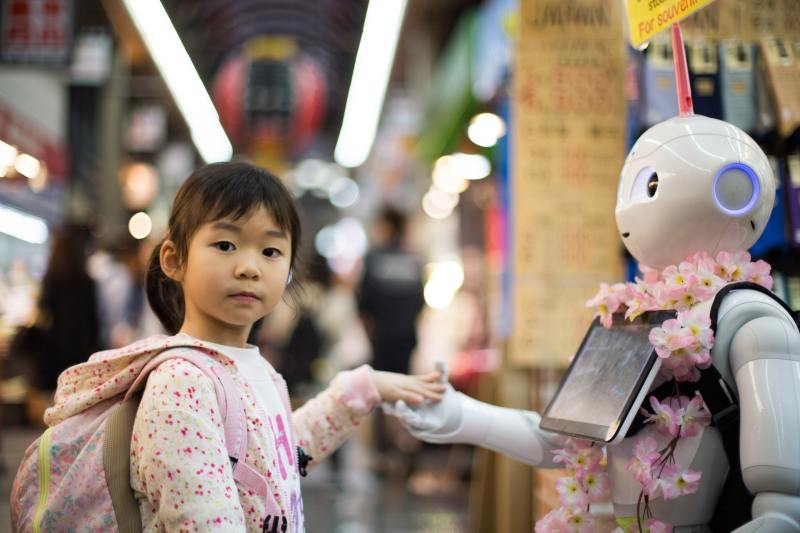 So, even if we talk to an assistant as if she were a person, and we say, “Siri, I want a video of Pepa Pig”, at no time are we going to doubt that Siri is not a person.

However, we are seeing that, for the little ones of the alpha generation, the limits between themselves and the technology that has always surrounded them are not so clear.

Sue Shellenbarger, a columnist for the Wall Street Journal, warns that “many children think that robots are smarter than humans or give them magical powers”.

A 2018 study on the Cozmo toy robot, a toy designed to appear “to have a soul”, showed how children between the ages of 4 and 10 thought the toy was “smarter” than they were, and even that it was capable of feeling.

In promoting the toy, Boris Sofman, one of the founders of Anki, the company that manufactures them, said: “If you don’t play with Cozmo for a week, you will feel like you haven’t played with your dog for a week”.

How can little ones not be confused when their toys are designed this way?

Other studies show how children between the ages of 9 and 15 feltemotionally attached to human-looking robots, and thought that they “could be their friends”; or they changed their answers to “is it OK to hit other children” according to their doll’s “opinion”. “My doll says “it’s OK“.

As with almost everything else, the best way to help children define the boundaries between technology and reality is through education.
Researchers at MIT are working with children of different ages to see how adults can help them perceive artificial intelligence correctly. Although it may seem rushed, and it certainly is, very few four year old children were able to understand that even if the toy beats a game, it is not smarter than they are.

Between the ages of 10 and 14, children begin to develop high-level thinking and deal with complex moral reasoning. And at that age too, most have smart phones with all kinds of AI-based applications.

MIT has developed an AI ethics course for children, which teaches them how AI-based algorithms work, and how there can be determined intentions behind the answers. For example, they learn why Instagram shows them a certain ad, or why they may receive one piece of information and not another in their news app.

They are also challenged to design an “algorithm” in the form of a recipe for the best peanut butter sandwich or play bingo (AI Bingo). In short, they learn in a simple and fun way, that technology, robots, computers… are nothing more than tools, fast, precise, powerful, but they do nothing more than follow the models, or the algorithms with which we have programmed them.

Some simple tips to put into practice

Adults are a fundamental reference for children, especially parents. And, without having to take any MIT course (neither they nor we), we can help them understand the limits of AI with these simple tips proposed by Sue Shellenbarger:

And most importantly, try to challenge, whenever they arise, ideas such as “machines are superior to humans”, “robots will kill humans” etc, because they can be harmful to the naive minds of children.