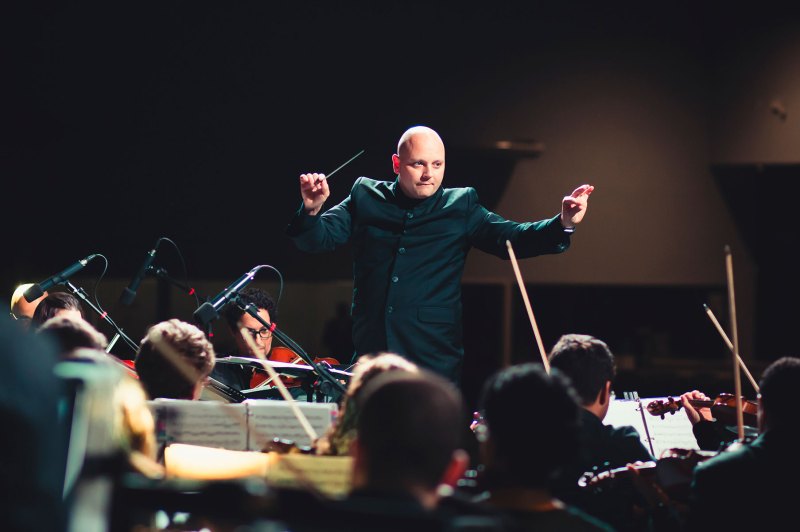 Previous posts by LUCA have touched upon the increasing use of AI in the music industry. Today however, I would like to focus on its use in the area of classical music.

Over previous years many different companies have developed AI technologies with the ability to compose classical music, without human intervention such as ‘Iamus’ created by the University of Málaga, however, the one which has stood out above its competitors is Aiva Technologies, one of the leading start-ups in the field of AI music composition.

Aiva Technologies was founded in Luxembourg and London by Pierre Barreau, Denis Shtefan, Arnaud Decker, and Vincent Barreau and the AI which they have created is called ‘Aiva’ (Artificial Intelligence Virtual Artist).

In 2017, the company was invited to participate in the European Film Market in Berlin, a highly acclaimed event as well as the Artificial Intelligence in Business 6 Entrepreneurship (AIBE) Summit in London. On top of this, having released an album titled Genesis and many other single tracks, Aiva became the first AI in the world to officially receive the status of Composer and became registered under France and Luxembourg’s authors’ right society (SACEM), where its music can now be copyrighted to its own name.

The following video is a TED talk given by Pierre Barreau, one of the founders of Aiva giving a more detailed explanation of the expansive capabilities of the AI technology.

How does the technology work?

The technology behind this innovative AI is based on deep learning algorithms that use reinforcement learning techniques.

Deep learning is a particular type of machine learning in which multiple layers of “neural networks” are programmed to process information between various input and output points. What this does is allows the AI to be able to understand and model high-level abstractions in data, such as melodic patterns.

It is a machine learning technique which teaches an AI to decide on the avenue to go down and which decisions to make in order to arrive at a set objective. Reinforcement learning is an approach to machine learning which is inspired by behavioural psychology. It differs from supervised learning in that the algorithm is not explicitly told how to perform a task but works through the problem by itself and ‘finds its own way’. At the centre of reinforcement learning sits the use of reward signals which are awarded upon performing specific tasks and help to navigate the algorithms towards a better understanding of what the right and wrong courses of action are. Positive rewards signals are given to encourage the continuation of a performance of a particular sequence of action, whereas negative reward signals act as a penalty for performing activities which are not in line with reaching the final objective. This in turn helps the algorithm to correct itself in order to stop receiving these penalties.

The Aiva team have stated:

“We have taught a deep neural network to understand the art of music composition by reading through a large database of classical pieces written by the most famous composers (Bach, Beethoven, Mozart, etc). Aiva is capable of capturing concepts of music theory just by doing this acquisition of existing musical works”.

However, it is important to remember that this technology, although making huge leaps forward, is still in its infancy. Having said that, this year, Aiva Technologies opened their AI music composition platform for early beta testers and even though the track customisation is still quite minimal at this stage, the current AI musical styles offered by Aiva include: Modern Cinematic, 20th Century Cinematic, Sea Shanty, Tango, Chinese and Pop/Rock.

Along with this exciting release, this video shown below was released showing just how far the algorithms have come:

Regarding the future of Aiva, the team is planning to eventually teach it how to learn any style of music. However, there is a challenge which is presented by modern music which is not anything to do with its composition, but about the instrumentation and sound design.

Even though some of the works created by Aiva have been used in films, adverts and even game studios, instruments, as we all know, have their own specific sounds and unique qualities, only fully explored through being played by humans. As a result, trying to recreate these sounds and effects with an AI is posing, and will continue to pose a great challenge in reaching perfect human-level performance and really taking this type of AI to the next level.

It is hard to know whether music created in this way will ever be indistinguishable from that of music composed and played by actual musicians. Having said this, testing has already begun using expert musicians to compare Aiva’s creation to music performed and recorded by actual musicians and so far they have not been able to tell the difference between the two.