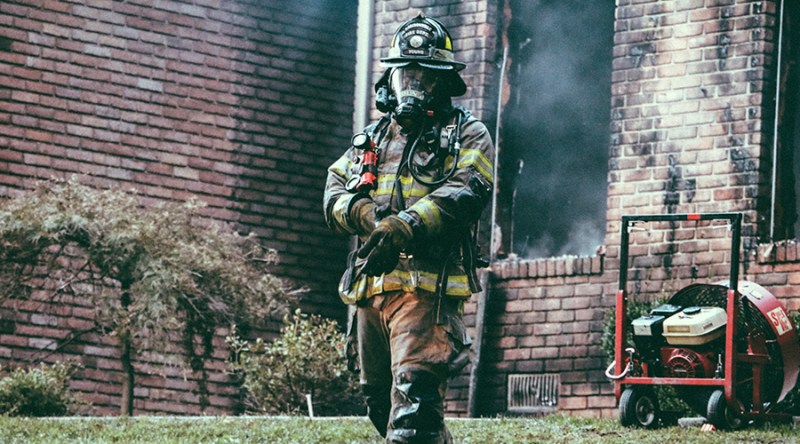 In recent years new types of intelligent drones have been developed that are able to act in three phases: before, during and after the fire.

One of the biggest concerns in times of high temperatures is the increased risk of fires in areas with a high density of vegetation. Galicia, Extremadura or Andalusia are communities prone to suffer these catastrophes in their large green areas with the consequent human, animal and plant losses that the fire can cause. This is why public administrations are extending the duration of prevention campaigns all year around instead of only during the most dangerous months.

Our best efforts are not enough in the fight against a scourge that in more than 90% of cases is the result of the actions of a human being, directly or indirectly. It is everyone’s responsibility to contribute to its eradication with all the means at our disposal.

Once again, technology has come to help us with issues that we once had trouble managing in the past. Thanks to IoT, in recent years a series of intelligent drones have been developed which can act against fire in three phases: before, during and after the fire.

In prevention work, the drones can monitor high risk areas and help by alerting when the first signs of fire appear, as well as keep an eye on the natural resources of the area. In this way, the performance of emergency services is more efficient and faster, avoiding putting people’s lives at risk and minimize the costs incurred.

During the fire, these drones can detect heat, wind direction and even capture real images thanks to their incorporated sensors and cameras. In addition, thanks to IoT it’s possible to send real-time and detailed information to emergency services. An undoubtedly fundamental help, thanks to it firefighters and security forces, such as the UME, can carry out the extinction tasks in a more precise and guided way.

In fire extinction processes there are also larger drones (up to two meters in diameter) that can store up to 300 liters of water and cover between 50 and 100 meters of an area on fire. This drone has structural modifications that allow water misting and transportation, as well as control systems, thermal cameras and navigation. They also include helicopter tracking systems that make the fight against the fire more effective.

With the implementation of these drones it will be possible to save lives by managing the workers correctly in the extinction. In the same way, they will be very effective since they are able to get closer to the flames, preventing the pilot from risking his life or the helicopter from suffering damages. This proximity will result on a more concrete and effective action against the hottest points of the fire, even at night thanks to its infrared cameras, becoming an important working tool for firefighters.

The possibilities of the IoT applied to drones against fires don’t end here. They can be helpful in the reforestation phase too.

Lauren Flechter, an engineer at BioCarbon, has created a solution to plant up to a billion trees a year with the use of drones. The drone is loaded with germinated seeds that are fired to the ground with compressed air from a height of about 2 meters. The seeds remain inside a nutritious capsule that besides protecting them in the fall will feed the future tree. Thanks to the IoT, the drone determines the best place to plant the seed by taking into account factors such as humidity, location or type of existing vegetation.

Public administrations have taken note of the advantages of these drones in the prevention, detection, and extinction of forest fires. Some communities have already implemented them to inspect the fire safety sections around urban and rural areas safely from the air.