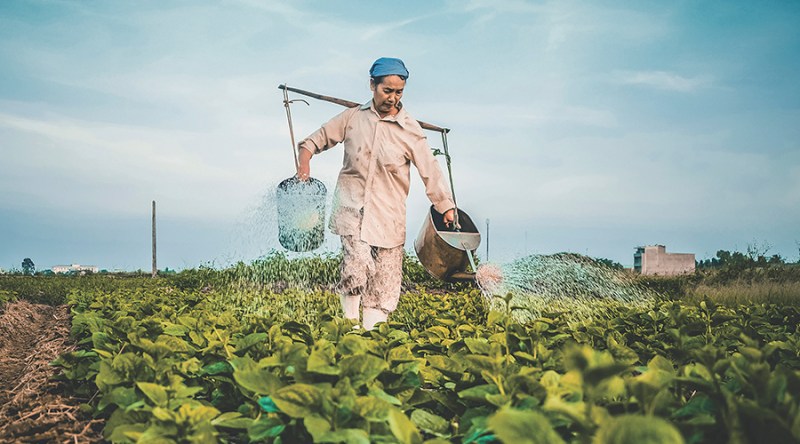 When we think about Internet of Things, different pictures come to mind: a sensor that measures the activity inside our house, a bracelet that helps us exercise, or a device that helps us maintain a room temperature even when we’re on the far side of the city.

However, the potential of IoT goes far beyond the most tech-heavy sectors and even reaches more traditional niches which over time have gradually come to embrace technologies in their daily use. An example is one of the essential sectors within the Spanish economy: agriculture.

The revolution in farming has been unstoppable. In fact, the European Union has already planned for the paradigm shift in the agricultural industry, in which it predicts that there will continue to be even more developments that allow professionals in the sector to optimize all their processes. This comes in a niche which will have no fewer than 75 devices connected by 2020, according to the report by the World Government Summit.

This is not a theory but a real practice that is already part of the day-to-day activity of Spain’s agriculture sector. And to prove it, here are a few examples:

Tractors have not disappeared, nor are they going to disappear from agriculture; in fact, now they can be used more efficiently than ever, especially connected tractors, which can lay out the best route to plow the field in order to avoid repetition and possible soil erosion. Thanks to this kind of practice, fuel consumption and potential emissions into the atmosphere are also lowered.

2.- Drones in the fields

This is surely the most fascinating application of them all. If farmers have spent their entire lives looking up at the sky, now they’re still doing it, but with a bit of help: drones which help enormously to measure the harvest and carry out automated tasks.

Drones are able to perform an increasingly broad range of tasks in the fields, from monitoring the state of the plants and harvests to distributing fertilizer, not to mention measuring plots of land and different constants (air temperature, water and heat levels, etc.). The use of drones is so advantageous that some wineries have even decided to use them to improve their efficacy.

There is also room for technology underground. One example comes from the Spanish startup BrioAgro, which installs sensors to provide real-time information. In this way, the farmer can get all kinds of data on the moisture and light levels and the nutrients in their crops, right on their mobile phones.

Furthermore, farms that use underground sensors can also lower their water consumption and use fertilizers and energy much more efficiently, without this affecting their farm yields aboveground.

Farms tend to have some animals, but it’s not always easy to keep track of them. Many of them carry chips, but the fact is that these chips have traditionally only been used to identify the animal, not to offer any added technological use.

Today, however, Internet of Things allows us to take things much further, especially in cases like the Grupo Caro, a Spanish company that monitors the daily activity of each of its animals thanks to an individual chip which provides information on their general condition, feeding, hydration, quality, etc. In this way, the owners collect objective information in real time, a job that used to be done without the reliability of technology and with a much more burdensome work process.

Among other things, farmers ultimately have to keep an endless list of factors in mind to monitor their yields and their farms’ daily activity. Thanks to the IoT, however, they can have global tools which can provide information in real time and improve the efficiency of their farms by merging applications like those mentioned above.