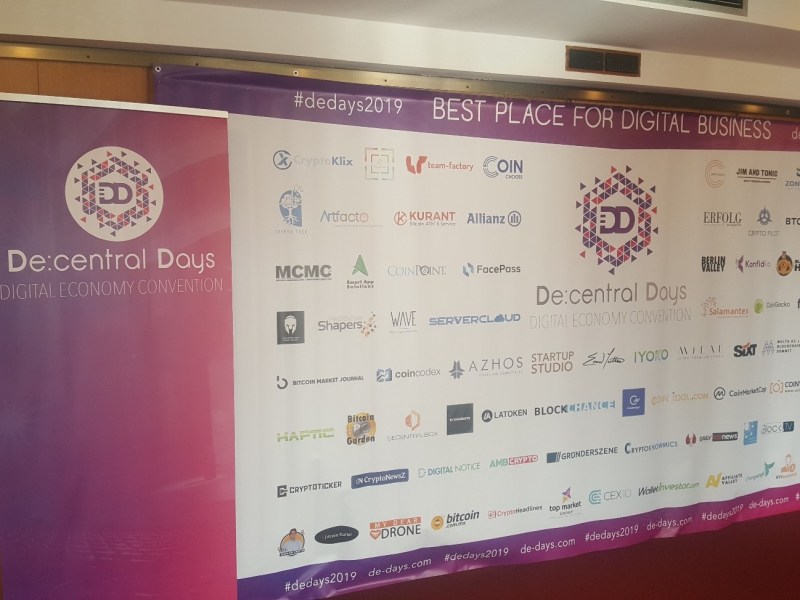 Among the challenges of the digital economy is security by default. Innovation, artificial intelligence, IoT, blockchain … a whole series of enabling technologies for new business models but security must be at the center. Telefónica Empresas participated for the first time in the digital economy convention De: Central Days, in the cybersecurity panel, on September 24 and 25 in Mallorca.

Precisely on this island one of the most prominent scientists and intellectuals of his generation had the disruptive idea that human reasoning could be implemented artificially in a machine. And he got hands on. Immediately, he identified the first problem: how to develop a representation model of human knowledge that could be interpreted by the machine?

To model knowledge, he determined that complex concepts necessarily had to be based on the union of a series of simple ideas that he called “roots”, reduced to a sort of “alphabet” of 54. Then, he developed a programming language for a processing system capable of combining these 54 root ideas for obtaining as a result, an inference about different propositions or postulates.

This topic, artificial intelligence, was one of the axes of De: Central Days, a forum organized by Reinhold Lang and other colleagues, as a meeting point between investors and large companies with startups with innovative services, to seek synergies and address challenges of digital transformation, among which is security by default.

IoT, blockchain, the future of mobility or augmented reality were other areas in which numerous experts, from about twenty countries, gave their vision of the state of the art, gave an insight into its possible evolution and presented the latest technological solutions and disruptive business models. After attending some of the talks I had the feeling that we are already immersed (and we do not realize) in what has been called the singularity: a turning point in which technology takes its own dynamics, impossible to control, with unpredictable results. Let’s see some examples:

One of the main problems for the cryptocurrency takeoff as a true alternative to fiat money has always been, in addition to regulation, a “tangible” back of the monetary unit. It is something that central banks solve with gold reserves, more or less secure financial assets or reserve currencies. As it turns out, Craftcoin has discovered the convertibility of its money into a universally accepted asset: beer!

They have invented the CBC (Craft Beer Coin), a virtual currency that allows the purchase of beers attached to the initiative from a smartphone. Craft Coin Company raises money by selling CBC, which is used to finance craft breweries, helping them mature and expand. In return, CBCs can be exchanged for products and even for shares in those breweries. Dividends and voting rights are shared among the community of those who own and use the CBC, which also obtain other benefits such as shorter waiting time in the bar, discounts and other rewards.

AZHOS, led by Marcel Kuhs, comes from an industry as traditional as the chemical, but when it seemed that everything was already being invented in the optimization of the supply chain, this company has managed to integrate the logistics flow with the financial flow in the value chain. And he has done it with a combination of IoT and blockchain.

The technology allows, through online sensors integrated in the customer’s container, the supplier can have real-time information on consumption and provide for the replacement of the product. But what is truly novel is the concept of “smart contract”.

With this tool, the supplier can charge based on actual consumption in the tank or deposit and receive instant payments with blockchain technology, without waiting for replenishment, financing production in real time. The client, in turn, saves the entire process of issuing orders and receiving delivery notes and payments. This substantially reduces paperwork and administration costs because there are interfaces with the main ERP and bank transfer systems. Both parties release capital immobilized in stocks. Ah!… and AZHOS shareholders receive profits and commissions also in real time.

The meeting also talked about the cryptocurrency of Facebook. Gordon Einstein, who defines himself as a “crypto-lawyer”, made a brilliant presentation about the present and future of this virtual currency that only requires a Facebook account as an access mechanism… and the serious conflicts that are foreseen with traditional banking and with National authorities.

And it is that the monetary sovereignty of the countries was never so threatened by a non-bank monetary unit, which completely escapes its control. Governments and central bankers try to apply standards conceived almost a century ago for a different economy, with different rules and do not quite understand the long-term effects of cryptocurrencies.

From an analysis of the detractors and support to Calibra, Einstein deduces that the true objective of its drivers is to capture a market of hundreds of millions of unbanked people in Asia, Africa and South America. This would allow access to microcredits, electronic payments and other financial services. In places with little capacity for action by the authorities, Calibra would impose and expedite all types of business.

“Tokenization” as a financing alternative

Blockchain expert Max Kops spoke about the advantages of “tokenization” as a financing alternative for SMEs and startups. Just as IPOs can only be used by the most consolidated companies, Kops argues that investment rounds, business angels or venture capital programs are inaccessible to many companies. However, the supply of shares through blockchain opens a much faster and cheaper way to raise funds, with the same security for investors.

Kops dares to say that in five years this will be the only form of fundraising to be used in the field of growing SMEs and startups.

Artificial intelligence: rethinking about 1275 in 2019

Michael Wolan, an innovation consultant from Cologne, Germany, outlined the perspectives on the evolution of artificial intelligence, in a line similar to the one we already discussed in this blog.

According to him, it is not that we have reached the goal: we are just beginning and, for the first time, we have the necessary tools to make great progress. Currently, artificial intelligence is still in the domain of specific domain applications, far from strong and generalist artificial intelligence and of being able to solve complex problems. But, from now on, progress will tend to accelerate exponentially.

And they will be a consequence – says Wolan – of the improvement in computing capabilities, data availability and hyperconnectivity, but points out that we continue to use the same representation models and algorithms as years ago. And it is not clear in which direction they will evolve, although he gave some clues with the video of Sophia, the humanoid robot capable of learning and imitating more than fifty facial expressions.

It is paradoxical, in Mallorca in 2019 we were considering the same problems that Ramón Llull had considered to create the thinking machine in 1275, as he explained at the beginning. In a few years, our current models may seem as ridiculous as Llull’s now. And we have not found an algorithm that manages to emulate human thought from it, only very incomplete approaches.

Default security, at the center of the digital economy

In the cybersecurity panel, shared with Ian Murphy of LMNTRIX.COM, from Telefónica Empresas we show a vision of the risks, threats and controls that are necessary in the digital economy. The size of companies in this matter is not important because corporations are exposed as SMEs. The importance of people’s awareness, the industrialization of solutions to lower costs and the consideration of security in the design of the new digital services were some of the topics that were addressed.

If the digital economy advances rapidly, threats do too. That´s why it is important to stay updated and establish certification mechanisms based on best practices, which are even ahead of legal obligations.

Mallorca as a technological hub

One last note: the huge turnout (rooms full of 350 people) and the hall talks suggest that we must pay attention to the emerging technological sector, of European matrix, which is being developed on the island as it already appeared in the media.

It is quite logical. The island has great competitive advantages that entrepreneurs value: excellent communications and transport infrastructure (a large airport with direct connections throughout Europe), availability in Spain of well-trained IT professionals and a language and culture as a springboard to reach Latin America. Some of the largest, global and competitive tourism companies in the world are based in Mallorca. Apart from that, good weather, a modern health system and great quality of life.

In short, with promotion and some facilities (coworking spaces), Mallorca can be a very attractive destination for new companies in Brexit Europe. Maybe you can ever find the solution that Ramón Llull was looking for in the same place.