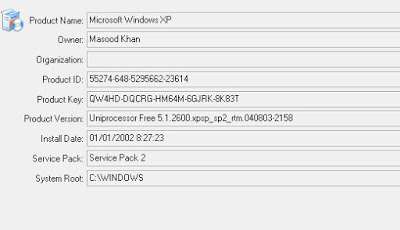 A few hours after releasing the raw information from the hard drives from at least three computers found there, the CIA removed the content due to “technical” issues. 8 days later, they released the
data back but now all Office documents were converted to PDF and EXE
files were “deactivated” removing their headers for “security reasons”.

Another interesting stuff left there, were the registry files. All kind of system files including not only hives but SYSTEM and SAMs raw files. That looked very interesting. Not just passwords for Windows but when they used to log in, installed services, programs, Microsoft licenses and much more. We retrieved all registry files and tried to get them back to life. These are some of the conclusions.

Since we had the SAM files, we could try to get passwords back again trying with a different method. We already did with the hiberfil.sys file, but just in case. SAMs, by default are encrypted with the SYSKEY… but no problem here. The necessary registry files to figure the SYSKEY out were there. But they were mixed. We did not know what SAM file was in what computer or what SYSTEM file came with what SAM file. So we had to make a simple brute force attack mixing all evidences found.

With some of the SYSTEM and user registry hives, we may know what programs were scheduled to run when the computer starts up (The common registry branch for programas and malware … in HKLM or HKCU and CurrentVersionRun).

Here we found two examples from two different computers. Of course “Msn Messsenger” (with three “s”) does not exist, and regsvr.exe is probably malware. SCVhost.exe is not svchost.exe and in winlogon (Userinit) only explorer.exe should appear (not regsvr.exe)… they are all common symptoms of malware infections.

With this data, we may even get to know when they usually logged in (mostly during the afternoon). For example, was this login the last ever in the computer? It was done on May the 1st… and  CIA raid is dated May the 2nd.

We looked for some more possible locations of passwords for example in Firefox database, called
key3.db (plus some other JavaScript and sqlite files). But no luck in
there.

We tried as well with Outlook Express passwords, since they are stored in the registry. Although we found a password, it was not real and was likely randomly set during installation time.

There were no signs of any passwords managers in the drives. Even worse, we found a password written in a simple and plain TXT file with no context.

And another one with some context… but, if investigated, it is just some sort of Office activation code.

Passwords for communications between terrorists

An interesting part are the passwords, but the ones used to communicate between terrorists. Thanks to Metashield Protector, we found this email fidaa22@yahoo.com inserted in a Word document. But the context of the file was much more interesting than the email itself.

In this letter, the sender recommends that, because of the Internet being so insecure, the communication should be compressed with passwords files sent between one another. The password is something in English like “I have no objection to what I gave, and he is the open-minded“.

The letter is for “Mukhtar Abi Al-Zubayr”, the leader of the Somali militant group Harakat al-Shabab al-Mujahidin, which merged with al-Qaeida after Bin Laden’s death. The letter recommends to alert the receiver about the letter and to change the extension from ZIP to some multimedia file ( MP3 or something like that).

Thanks to some metadata, we could find one of the latest documents written from those computers. Date is set in the “future” January 2012 (or even more) for some of the documents found. We have to guess the date in the computers were not properly set.

This particular letter was written a Sunday and printed in a Thursday. But before that, it was edited in some way.

“I had sent a previous letter via Sheikh Mahmoud I ask you your phone number to arrange with you my wedding order from the honorable Sheikh Abu abd al.Rahman…”
Then, a few days later, this paragraph is added “For the phone number, please separate it in the message by arranging it in several parts as funds or objects”

And they stored a hacking book

Despite the the malware, warez and lack of security measures found, they had a hacking book stored. 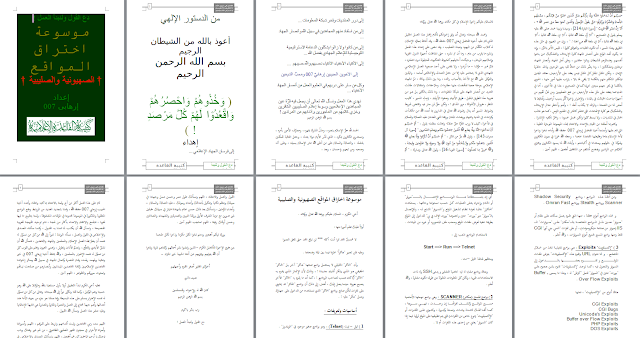 This book, created by the well known “Terrorist 007“, was somewhere in the hard drives. It is a quite simple, basic guide for hacking, created probably in 2006, with traditional tricks and “usual” hacks.

Innovation and Laboratory
innovationlab@11paths.com
ElevenPaths
The Data Transparency Lab strengthens its work on data transparency after investing over one million euros in three yearsSealSign integration with the Azure Key Vault