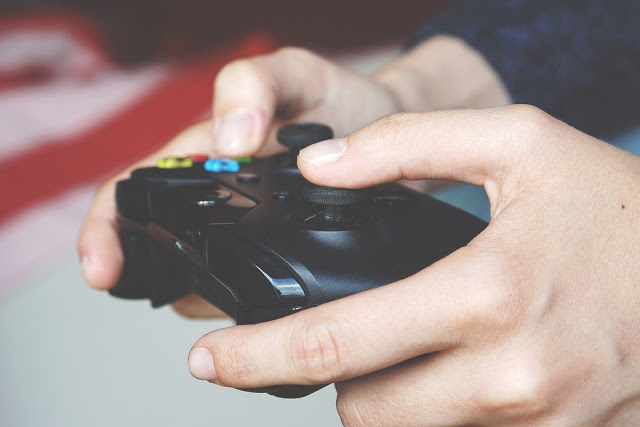 In this post, we will offer details about the architectures chosen for our models, the logic that the agent follows during the training, the results of the project and our conclusions. This article concludes our Deep Learning and Reinforcement Learning experiment in games generated by OpenAI Gym. If you haven’t yet read the first two parts you can do so here:

Convolutional Networks: The Archtitecture of our Model

As we have explained previously, our agent must use an appropriate control policy that allows us to satisfactorily approximate the Q(s, a) function in order to maximize the reward obtained from an action a in a state s. In order to deal with the complexity that results from combining many complex states and to approximate the function, we need to apply Reinforcement Learning (RL) algorithms to Deep Neural Networks (DNNs). These networks are also known as Deep Q-Networks (DQNs).

For this type of training, the best neural networks to use are those called “Convolutional Neural Networks”. Throughout the history of Deep Learning, these networks have proven to be architectures that behave excellently when recognizing and learning patterns in images, as in the case of this White Paper.

Deep Neural Networks take the pixel values of the frames it receives as the input data. Generally, a Deep Neural Network begins with a layer that has a similar number of dimensions to the input data, and ends with a layer that reduces the number of dimensions to the number of the action space. The representations of the entries will become more abstract as they go deeper into the architecture, and finish in a dense final layer with a number of outputs equal to the action space of the environment (4 in the case of Breakout-v0, 6 for SpaceInvaders-v0).

By having an architecture with various layers, we are able to extract structures that are difficult to identify in complex entries. One should carefully choose the number of layers and dimensionality of the architecture. As we will show later, using an increased number of layers in a model can become counterproductive if we are seeking to optimize the training time.

Although one would normally place pooling operations between the convolutional layers, one should note that in this case they have not been included within the first three layers. This is due to the fact that, when including them between convolutional layers, the representations that the models learns do not adapt to the spatial situation, since it is difficult for the network to determine the location of an object in the image. This characteristic is helpful when the location of the object in the image is not completely important (as is the case when identifying images). However, in our case, the relative location of the objects in the game is a vital factor when determining which action to take in ordeer to maximize the reward.

For Breakout-v0, an architecture with various convolutional layers collects the state returned in the previous layer, by applying an activation function with a rectified linear unit (ReLU).

Then we included the following layers, with the same activation of the convolutional layers, except the final layer:

For SpaceInvaders-v0, we used a similar convolutional architecture to the one used in Breakout-v0

With the same activation function as the convolution layers (except the final layer), we also have:

The hyperparameters of this model are the same as those used for the Breakout-v0 environment.

Logic of the Training of the Agent

Broadly speaking, the algorithm we have used follows the following steps:

Results of the Training

In order to compare the experience of our agent, we have taken (with a modified architecture) an alternative training carried out according to the first approximation of [4]. This model was trained up to 1.2e8 episodes, and achieved a very good agent performance.

For the second approximation of the input to the model, we proceeded to log, for each episode of the training, the following information:

In the same way, we stored all the values of the relevant hyperparameters before starting to optimize the network:

The trend of the average Q-Values for a given number of episodes is shown in the following graph. It presents the two models as separate lines so that one can compare the two. As can be seen, the average Q-Values for each model is similar, albeit they increase slightly quicker when using of “4 Frames Stacked” model of data entry. The same happens with the evolution of the average reward and the time of the training. The learning of both models is similar and end up converging towards the end of our training.

In terms of the scores for SpaceInvaders-v0, one can see how the agent learns during the first 2e4 episodes, but from then on, the learning remains around 300 points on average.

The following graph represents the average Q-Values plotted against the number of episodes. One can see a rapid growth up to 8e3 episodes. This trend of growth continues, but less rapidly after the first phase of the training.

The graph above (figure 5) gives us a clearer idea of the difficulties that our agent had when learning to manage this environment. As can be seen, the evolution of the percentage of states from the ReplayMemory that led to an incorrect estimation of the Q-Values is not as good as was expected. At the beginning of the training, this error percentage reached 72% and it scarcely decreases as the agent explores the game. It is true that the relative drop from this point is drastic once the learning rate stabilizes and the decision-making policy becomes less random. However, the fact that the error rate does not fall below 50% does not inspire much confidence in the prediction capabilities of the model.

After letting our model train in the Breakout-v0 environment for almost 4e4 episodes, we consider the network to be sufficiently trained for us to proceed to test the capacity of the agent. We carried out 200 test episodes, with ϵ = 0.05, aimed at minimizing the random nature of the actions to carry out. The maximum score that our AI obtained during the tests was 340 points, and the highest during the entire training was 361 points (obtained in episode 6983). These very high scores are achievable when out agent manages to open a tunnel in the layer of bricks; a strategy that would likely be used more often were we to advance the training. In the video below, you can watch the agent achieve its highest score.

For SpaceInvaders, we left the model training for over 5e4 episodes, we decided to test the capabilities of the SpaceInvaders-v0. We launched 200 test episodes, with ϵ = 0.05, as it was in the case of Breakout-v0.The maximum score obtained was 715 points, and during the entire training, it managed to score 1175 in episode 15187. Below, you can see an example of what our agent was capable of achieving in this environment.

We have shown how it is possible to train an AI or agent in the Breakout-v0 environment generated by OpenAI Gym. After a long training period, making use of 4 consecutive frames as the entry data, we have been able to achieve an acceptable score for an AI in the environment, even surpassing the average scores obtained by other, well respected, models.

We have reached the conclusion that it is advisable to carry out the training on a machine with a fair amount of memory and with a GPU.

We decided to train the agent in the SpaceInvaders-v0 environment. For this final environment, we reduced the size of the architecture but followed the same input strategy that was used in Breakout-v0. In this case, the results were not bad, since the agent managed to score an average of 310 points, but the improvement over time was not as notable as it was in the case of Breakout-v0.

This brief project has left certain question open, and some possible improvements have been noted, including:

LUCATalk Recap: 6 challenges for Artificial Intelligence’s sustainability and what we should do about itDo not miss what happened at NID 2018: WE ARE IN