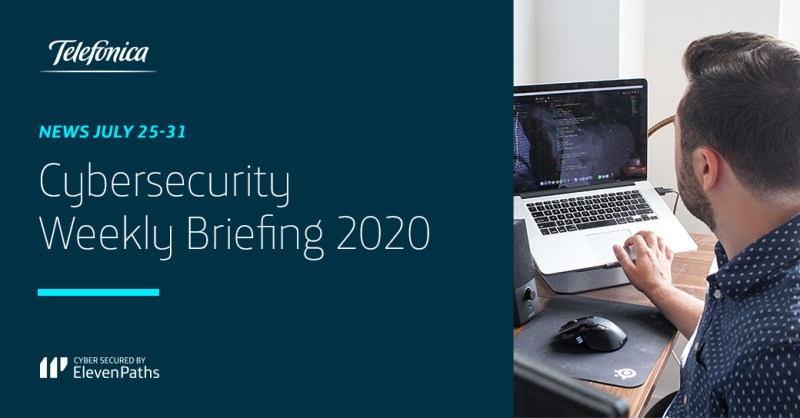 Eclypsium researchers have discovered a buffer overflow vulnerability in the GRUB2 bootloader that could be used to execute arbitrary code during the boot process. It has been named BootHole. This security flaw (CVE-2020-10713), which has received a high severity rating (CVSS of 8.2), would affect both Linux and Windows systems, and could allow attackers to install malicious bootloaders to gain almost total control over the vulnerable device. Eclypsium warns that mitigating this threat will require the release of new installers and bootloaders for all versions of Linux and Windows. Some companies, such as Microsoft, have issued a security advisory on this issue.

Intezer researchers have discovered a new backdoor for Docker servers running on Linux which they have named Doki and which implements a previously unknown technique. This malware uses an undocumented method to contact its operator by abusing the Dogecoin cryptocurrency blockchain in a unique way. By doing so, Doki manages to generate Command & Control domain addresses dynamically. Doki has managed to stay hidden for over six months despite samples were publicly available on VirusTotal.

Emotet Evolves in the Sending of Mail

Emotet malware has been found to be stealing attachments to increase the authenticity of emails used in its campaigns. This is the first time this malware is using this technique, as there was no attachment stealer module in the malware code before, which was added around 13 June according to Marcus ‘MalwareTech’ Hutchins. Since its first identification in 2014 as a banking Trojan, Emotet has evolved into a malware botnet used by threat actors to infect with different malware families. After 5 months of inactivity, it has returned to life with massive mail campaigns camouflaged as payment reports, invoices or shipping information, compromising victims with TrickBot Trojan or, more recently, with QakBot malware.

Alerts on Cyberattacks and Industry Vulnerabilities

The U.S. National Security Agency has warned, together with the Cybersecurity & Infrastructure Security Agency (CISA), of the possibility of imminent cyberattacks against the industrial sector. This is a trend marked by the 2017 TRITON attack that could lead to similar attacks affecting Safety Instrumented Systems (SIS), the last line of defense for OT systems. For its part, ICS-CERT has issued an advisoryabout several vulnerabilities in Schneider Triconex SIS, of which the most critical flaw stands out, classified as CVE-2020-7491, with a CVSS v3 of 10. This corresponds to improper access control that would allow unauthorized access and a potential takeover by a threat actor. Schneider Electric has already fixed these issues in the latest versions of its TriStation and Tricon Communications Module (TCM) products. However, ICS-CERT would like to emphasize the features of the OT devices, which are often not updated or provided with security standards at the level of current attacks.

Cerberus Trojan development team has broken up and the source code of the malware will go to auction, according to a team’s post on a Russian underground forum. This is a Trojan mainly affecting Android and operating since 2019. It would be generating about 10,000 dollars a month in profits, according to one of Cerberus managers. After infecting a device, the Trojan acts by creating overlaps in services created by banking applications, stealing credentials and leaking this data to the Command & Control (C2) servers. There have even been cases that show its capability to intercept multi-factor authentication (MFA) mechanisms. The announcement made by the threat actor indicates that they expect to generate up to $100,000 with this sale, offering the possibility of the entire package to the highest bidder, including .apk malware and C2 servers.

Malware distribution campaign via LinkedIn The eSentire research team has published details on the analysis of a new malware distribution campaign via LinkedIn. Threat actors are sending zipped files under...
“No pain, no gain”, you have probably heard this on more than one occasion. An expression that is used endlessly in different environments, in a time when the body...
VPN connections are nothing new, they have been with us for a long time, always linked to the business world. The great versatility and its different uses have made...
Analysis of the new cyber-espionage group SilverFish The PRODAFT Threat Intelligence team (PTI) has discovered a highly sophisticated cybercriminal group called SilverFish, which operates exclusively against large enterprises and public...
It is becoming more and more common to find in the general media news related to cyber-attacks, data breaches, privacy scandals and, in short, all kinds of security incidents....
What is a digital certificate? Secure Sockets Layer/Transport Layer Security digital certificate is the most widely used security protocol that enables encrypted data transfer between a web server and a...