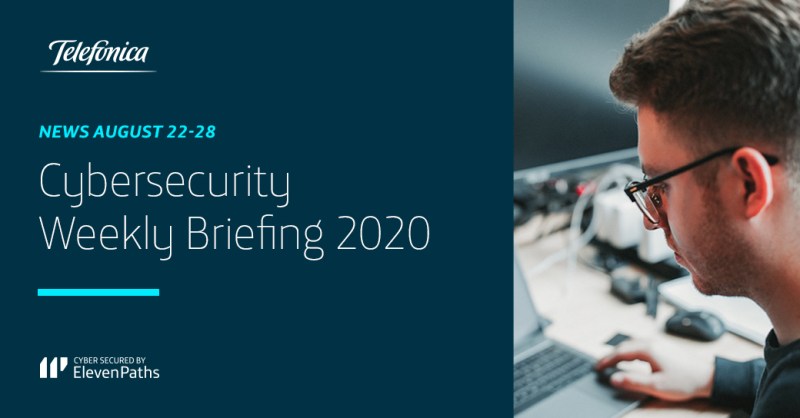 Conti is a relatively new ransomware that appeared in isolated attacks in December 2019 but started to become a relevant threat in June 2020, when it increased its attacks against corporate targets. This ransomware follows the Ransomware-as-a-Service bussiness model that recruits experienced hackers as affiliates to distribute the payloads in exchange for a large share of the ransom payment.

In addition, Conti adheres to two main trends in ransomware these days, human-operated campaigns and extortion of the victims by leaking sensitive stolen data (there are currently 26 companies listed in Conti website in the Dark Web). Now, Conti has adapted the distribution methods once used by Ryuk ransomware -whose activity began to decline until it completely disappeared in July- and has become the final payload distributed in malware infections carried out by Trickbot.

In recent days, several e-mail campaigns have been detected in Spain distributing banking Trojans of Brazilian origin, Grandoreiro and Mekotio. On the one hand, Grandoreiro is making use of the same email template already used in previous campaigns, in which it impersonates the Spanish Tax Office in order for the victim to download a file hosted on recently created domains. In addition, this malware is also supplanting the telecom company Vodafone in this campaign.

As for the Mekotio Trojan, it should be noted that it is also supplanting the Spanish Tax Agency, as well as the Spanish Ministry of Labor, with the malware download link pointing to an address hosted in the Microsoft Azure cloud. This focus on Spain is an indicator of the success that the campaigns are achieving in Spain, therefore, it is recommended to check the e-mails received, not to open files or access links, and always use the official website of the company or organization that has been supplanted.

SunCrypt is the latest malware to join the ransomware cartel formed by Maze, LockBit and Ragnar Locker. According to SunCrypt’s operators, they joined the cartel since Maze “can’t handle all the available field of operations”. In this way Maze would be sharing its infrastructure in exchange for a shared revenue for each ransom payment.

As for SunCrypt ransomware, it is known to have begun operating in October 2019, and is distributed as a DLL. When executed, it encrypts the system files by adding a hexadecimal hash to the end of each file, and creating a rescue note that contains a link to the Tor payment site, as well as to the SunCrypt data leak website. It is noteworthy that when the ransomware is executed, it connects to an IP address to transmit information about the victim and the attack, which is one of the IPs frequently used by Maze in its operations.

Check Point researchers have published a report claiming that the Qbot Trojan, also known as QakBot, is stealing email threads again for future use in phishing campaigns and malware distribution. Qbot is a banking Trojan that has been infecting victims and exfiltrating passwords, cookies, credit cards, banking credentials and mails from their computers for over 10 years.

Stolen threads are used for phishing and malspam campaigns, which are very effective as they are more likely when malicious mails are included in the conversation of an existing thread. Researchers highlight one of the features added to Qbot, which is the ability to assemble malware from two separate halves, thus avoiding detection when it is downloaded onto the victim computer.