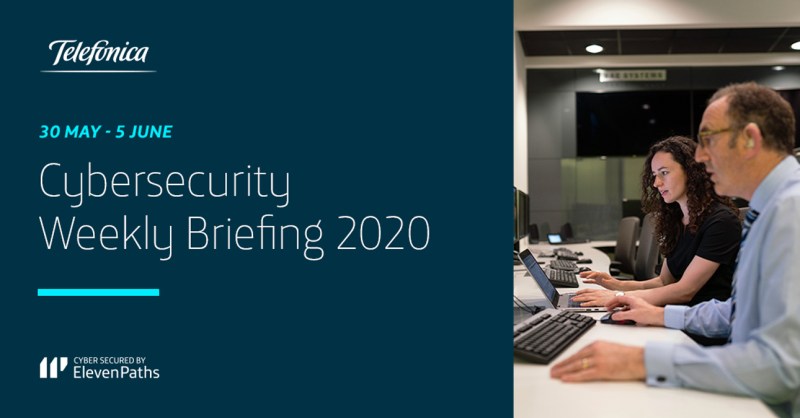 vpnMentor researchers discovered in mid-April a data breach in the 8Belts language learning platform due to an improper configuration on an Amazon Web Services S3 bucket. This breach has exposed the data of more than 150,000 individual and corporate users worldwide. This data (the oldest dating back to 2017) includes private information such as names, email addresses, phone numbers, birth dates, IDs, country of residence and Skype usernames. In addition, the records also included 8Belts’ technical information that could be exploited by threat actors to gain even more access to the platform. On their website, 8Belts claims to have several large multinationals as clients, from sectors such as the automotive, banking, retail or sports, some of them based in Spain.

On May 30th, the root certificate “AddTrust External CA Root” issued by Comodo CA (now Sectigo) and operational since 2000 expired. The measure mainly affected the access to services, websites and APIs via legacy systems such as Windows XP and Internet Explorer 6, since these systems do not recognize more recent certificates such as “COMODO RSA CA” & “USERTrust RSA CA”. Despite this, during the weekend several entities such as Namecheap or Proximus indicated that they were having issues arising from the incident. The confusion was partly caused by the fact that the company apparently did not warn its users individually of the revocation, although it did publish a statement on its website. As a result, users who tried to connect to the affected websites found issues to establish secure connections, so providing the service would be impossible.

A proof of concept to exploit the critical flaw (CVE-2020-0796) on Microsoft’s SMBv3 protocol has been released. While PoCs to perform denial of service and privilege escalation attacks by exploiting this vulnerability had already been released, this new exploit would allow remote code execution on vulnerable systems. It is expected that in the coming days other researchers will publish a refined version of this exploit.

Trustwave researchers have published the details of 6 vulnerabilities in SAP Adaptive Server Enterprise:

These vulnerabilities were already fixed by the company in mid-May.

Bitdefender security researchers have published an analysis of a new malicious campaign carried out by the banking Trojan Metamorph. This malicious software is mainly targeted at Brazilian users and its main attack vector is office documents containing malicious macros and sent via email as part of phishing campaigns. This time, it has been reported that the technique used is DLL hijacking − with the aim of hiding its presence on the infected system and escalating privileges. In addition, the methodology used is to force a legitimate application to execute third-party code by replacing a code string with a malicious one. By doing so, threat actors are replacing the legitimate DLL with a DLL containing malicious code, so the application loads and runs the malicious code. In this new campaign, they have employed legitimate software such as Avira, AVG, Avast, Daemon Tools, Steam and NVIDIA. This way, if any of these products request higher privileges, the victim will not be suspicious and will consider them legitimate. However, since their DLLs have been modified, they will be used to steal victim’s bank credentials or other data.

#CyberSecurityPulse: Non-Headlined Technical News with RSS and WebsiteAMSIext: Our Extension That Detects Malware in the Browser Memory