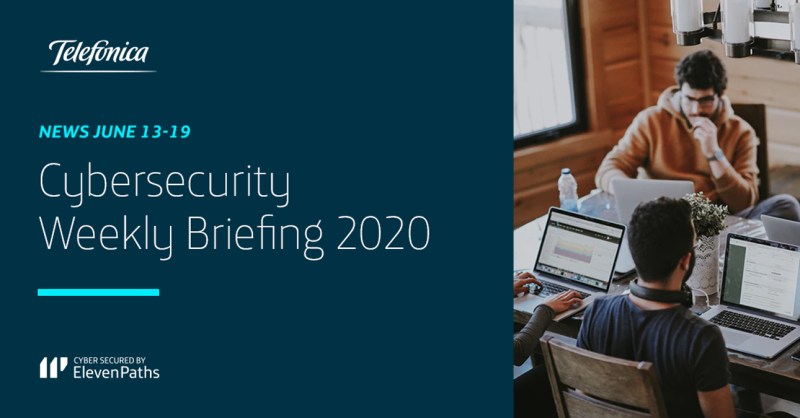 JSOF researchers have discovered 19 0-day vulnerabilities, collectively called Ripple 20, in the TCP/IP software library developed by Treck that would affect more than 500 vendors worldwide. The millions of devices affected by these flaws are present everywhere, including homes, hospitals, industries, nuclear power plants and the retail sector, among others. An unauthenticated remote attacker could use specially-designed network packets to cause a denial of service, leak information, or execute arbitrary code. Of the 19 vulnerabilities, there are 4 critical ones with CVSS scores over 9 (two of them, CVE-2020-11896 and CVE-2020-11897 scored 10). They would allow an attacker to remotely execute arbitrary code on the compromised devices. Some vulnerabilities have already been patched by Treck in version 6.0.1.67. However, many devices will not be patched, so it is recommended to minimize their exposure to the Internet.

Zero Day Initiative researchers have published a remote code execution vulnerability analysis on Microsoft SharePoint Server CVE-2020-1181, fixed this month. The bug would allow an authenticated user to execute arbitrary .NET code on the compromised server. For the attack to be successful, the attacker should have “add and customize pages” permissions on the target SharePoint site. However, the default configuration of SharePoint servers allows authenticated users to perform this function. Therefore, the threat actor could create the malicious site directly from the SharePoint web editor, and it would be considered a legitimate site.

Following the AWS Shield Theat Landscape report, it has been announced that this Amazon service has managed to mitigate the biggest DDoS attack ever experienced, with a volume of 2.3 Tbps. The target of this attack is unknown, but it has been detailed that this incident was carried out by using CLDAP (Connection-less Lightweight Directory Access Protocol) web servers and was ongoing for three days. This protocol is an alternative to LDAP and is used to connect, search and modify shared directories on the Internet. It is also well documented that CLDAP servers amplify DDoS traffic by 56 to 70 times their initial size, making it a highly sought-after protocol to support DDoS services made available on the market for threat actors. It’s worth mentioning that the previous record for the highest volume of DDoS attack was detected in March 2018, with a total of 1.7 Tbps.

Timmy Security Network researchers have discovered a privilege escalation vulnerability in the Pulse Secure Client for Windows systems. By exploiting this flaw, threat actors could abuse PulseSecureService.exe to run an arbitrary Microsoft Installer file (.msi) with SYSTEM privileges, granting them admin permissions. The vulnerability is present in the dsInstallerService component, that gives users without admin privileges the ability to install new components or update them using the installers provided by Pulse Secure. This bug has been successfully tested in versions prior to 9.1.6.