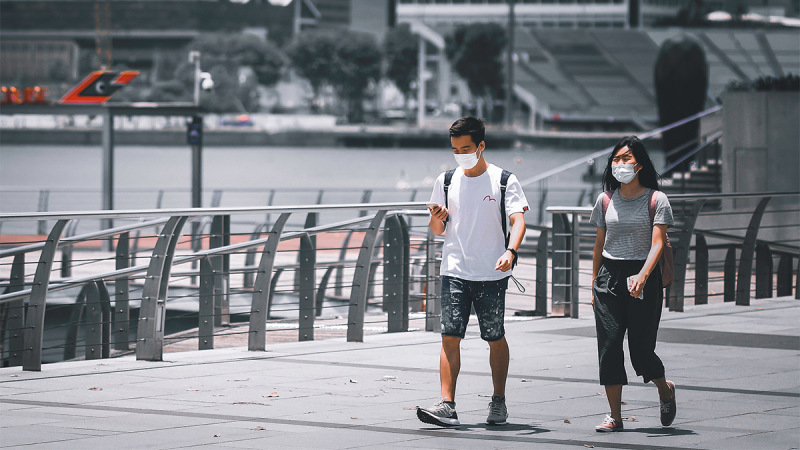 Cybersecurity is even more important in these times of pandemic and increasing cyberattacks, yes, but in addition to being a business focus at the corporate level, it must also be an integral part of our lives.

At the beginning of this year we summarised it in a ElevenPaths Radio podcast (in Spanish): We like to analyse the current situation in three dimensions (people, cybersecurity and pandemic). Focusing on people dimension, in this post we will talk about nomophobia, phubbing, IAD and FOMO.

Today, smartphones have become the most important electronic devices in our lives, and we are completely connected. Social networks have become the de facto channel of communication and human relationship, and we make totally intensive use of the Internet, as you can see in the infographics published every year by Lori Lewis.

However, smartphones, social networks and the Internet have not only brought benefits, since for many (depending on your age and level of education) it has meant a forced and complex process of digital transformation. Therefore, in the digital world it is usual to observe little awareness of the risks existing on the Internet and lack of digital hygiene.

For some years now, we have been observing new pathologies and phobias derived from this intensive use, and we will analyse them in the following lines.

This term comes from No Mobile Phone Phobia, phobia of not having the phone or not being able to use it, either because of lack of battery or data signal. If you feel uncomfortable leaving your phone, or nervous when you know you will lose service for a few hours, or even if you feel anxious about going without it, you may be experiencing nomophobia. Here is a very interesting note from RTVE about this (in Spanish).

This is very serious because different studies suggest that it affects more than 53% of users worldwide. There is even a test that measures the scale of dependency and addiction to smartphone and includes 40 questions.

This pathology derives from the previous one. It occurs when we are talking, in a meeting, having lunch or doing some activity of interaction with someone and that person stops paying attention and starts looking at the smartphone.

The term comes from the union of the words snubbing + phone and was coined during an advertising campaign led by the McCann advertising agency for the Australian dictionary Macquarie. The agency asked its employees for proposals to designate a new word to describe this behaviour.

An Australian university student named Alex Haigh, who had been an intern at McCann while the campaign was underway, coined the term and in 2016 created the website Stop Phubbing to avoid (as he said) future couples from losing the ability to communicate face-to-face and relying on updating their status.

On the website, Haigh concluded in his research that 90% of teenagers preferred text contact over face-to-face contact and that 97% of diners said their food tasted worse when they were victims of this behaviour. Today, those figures are likely to have increased.

Another older pathology, considered the basis of the others, is the one known as IAD or “Internet Addiction Disorder”. If you play too much online video games, make compulsive online purchases, actively participate in social networks and because of all this you consider that the use of the computer and/or mobile phone interferes with your daily life, relationships with other people, etc. you may suffer from IAD.

This disorder was described in 1995 by Ivan Goldberg. Research by the US National Center for Biotechnology Information (NCBI) in 2012 indicated that its prevalence in American and European cultures was staggering: It affected up to 8.2% of the total population. However, other reports suggested that it affected up to 38% of the general population. If you think you may suffer from it, you can take this quiz created by Psycom.

Finally, FOMO (Fear Of Missing Out) is the fear of missing something, a new anxiety that has emerged since the popularisation of smartphones and social networks. FOMO is the modern form of a typical fear: Exclusion. In a way, we are animals programmed to be part of a group, and currently social networks play the role of physical friendships. In the real world it is easy to ignore what is happening outside our field of vision, but in the digital world we are just a click away from knowing what our family, friends and acquaintances are doing at any time.

Given these behaviours and disorders, it is somewhat clearer why people have become the main target of cybercriminals.

We will continue developing this post in a second part, so keep an eye on our blog. In the meantime, we invite you to listen to the sixth part of our podcast “News with our CSAs” (in Spanish) on ElevenPaths Radio.