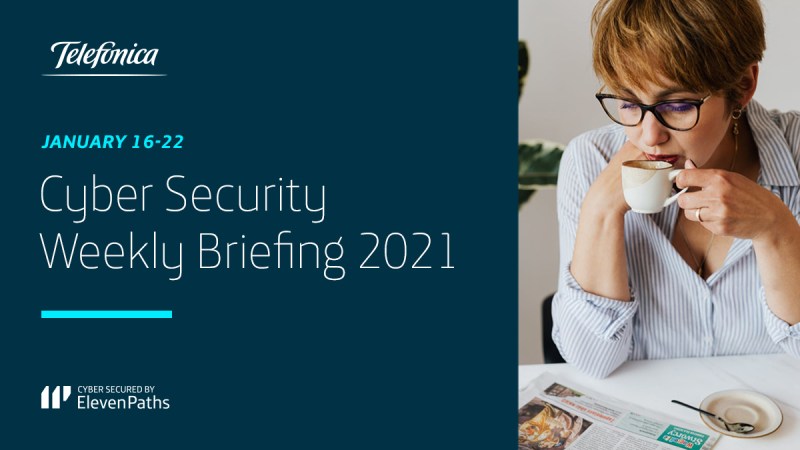 New details have been released about the software supply chain compromise unveiled in December.

New data on Intrusion at the European Medicines Agency

Further details of unauthorised access to the European Medicines Agency (EMA) by cybercriminals were revealed in December, when they gained access to confidential documentation on the vaccine developed by Pfizer-BioNtech. In the last statement issued by the Agency, it has been confirmed that the cybercriminals leaked some of the documents to which they had access in underground forums at the end of December, including internal emails related to the vaccine evaluation processes, Word documents, PDFs, etc. In addition, the EMA has reported that some of this correspondence was manipulated prior to publication, in order to undermine confidence in vaccines.

The Federal Bureau of Investigation (FBI) has issued a notice to the private industry warning of the detection of telephone social engineering techniques with the aim of acquiring corporate credentials that would allow access to the networks of national and international entities. The threat actors are reportedly using VoIP platforms (also known as IP telephone services) to contact employees of any category and guide them to access a fraudulent website (e.g. fake VPN interface) where they enter their login credentials. This first compromise provides them with an entry vector that is later used to gain greater privileges by finding other network users with permissions to create and modify e-mails and usernames. This is the second warning of active vishing attacks against employees issued by the FBI since the beginning of the pandemic, after a growing number of them became homeworkers.

Security consultant JSOF has revealed seven vulnerabilities in Dnsmasq, an open source DNS redirection software widely used to add capabilities in IoT devices and other embedded systems. Together, these flaws have been referred to as DNSpooq, and could be exploited for DNS cache poisoning, remote code execution or denial of service attacks against millions of affected devices. Three of the vulnerabilities (classified as CVE-2020-25686, CVE-2020-25684, CVE-2020-25685) allow DNS spoofing attacks to be carried out by poisoning the cache. With this attack, the threat actors can redirect users to malicious servers under their control without them noticing. The rest are buffer overflow vulnerabilities (classified as CVE-2020-25687, CVE-2020-25683, CVE-2020-25682 and CVE-2020-25681) that could allow remote code execution. While several workarounds exist, JSOF advises that the best and only full mitigation is to update Dnsmasq to version 2.83 or above.

Security researchers at Netscout have recently detected malicious exploitation of the Windows Remote Desktop Protocol (RDP) by threat actors as part of the infrastructure of stressers (on-demand DDoS tools). The RDP service is typically configured to receive requests on port 3389, TCP and/or UDP. When the second option is enabled, it is possible to achieve an amplification ratio of almost 86:1. The observed attacks range in size from 20 to 750 Gbps. All packets sent are consistent in size, 1,260 bytes. According to the researchers, there are more than 14,000 servers susceptible to this type of attack.