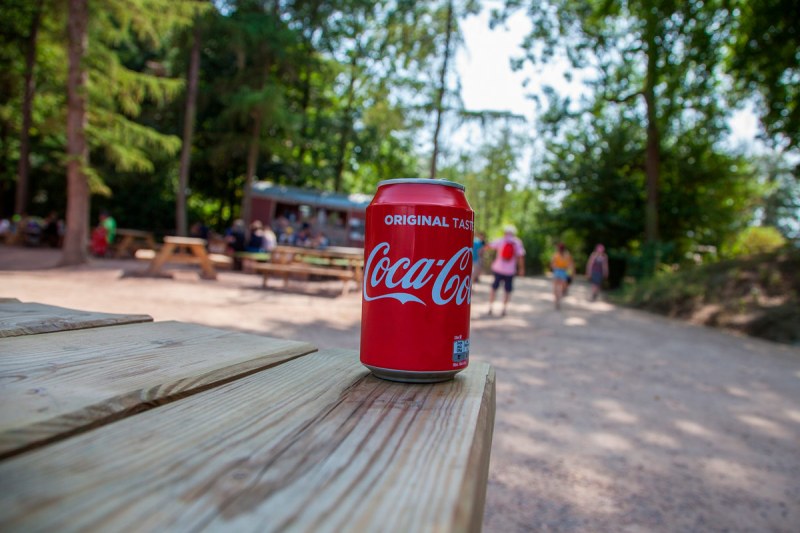 Coca-Cola is the largest beverage company in the world serving over 1.9 billion drinks daily across its 500 brands. Being such a large conglomerate active in so many countries around the world, AI powers everything which the business does acting as the company’s foundation.

One large aspect of business with which AI is used extensively is that of marketing. With the number of different brands all offering various products in over 200 different countries, there are local differences concerning flavours, sugar, calories and marketing preferences between regions.

As a result, in order to stay at the ‘top’, it must collect and analyse huge amounts of data from disparate sources to find out which brands are likely to be received well in which locations. Even the taste can vary from location to location so managing these small things is equally important to the success of the brand.

How does Coca-Cola use AI in practice?

Coca-Cola serves a large proportion of its drinks through vending machines. On many new machines, customers can interact with the machine up to a point where they can choose different customisations of their drinks with shots of altogether different drinks added. This was first introduced in America in 2009 called Coca-Cola Freestyle and according to statistics, around the world there are now 50,000 units in use serving 14 million drinks per day.

In these machines, Coca-Cola have begun using AI algorithms which allows them to promote the drinks and flavours which are more popular overall and make suggestions to users depending on the location of the drinks dispenser.

What is exciting is that the company has stated that they are constantly looking to stay relevant and people will soon be able to concoct their own beverages using an app allowing them to quickly get their specific drink poured when they arrive at the machine.

Coca-Cola also uses AI algorithms to understand when, where and how its customers like to consume their products as well as what the popularity is of individual products by location.

The use of AI in social media is vital in the world we live in with statistics showing that over 90% of user making product purchasing decisions based on social media content. Therefore, understanding how their billions of customers are interacting with, and talking about the brand is a crucial part of the Coca-Cola marketing strategy.

In practice, Coca-Cola analysed 120,000 pieces of social media content in order to gain an understanding of the demographics and behaviour of its customers and those active in talking about their products.

The final AI application to mention is that of its use in securing proof of purchase for the company’s loyalty and reward schemes.

At first, for obvious reasons, when the instructions were given to customers to manually enter a 14-digit product codes printed on bottle caps, the uptake was rather low. So, in order to encourage more people to do this, Coca-Cola made it easier, the company developed image recognition technology allowing purchases to be verified with a single smartphone picture.

What technology, tools and data were used?

To collect large quantities of data, Coca-Cola collects data on local drink preferences for different regions through the interfaces in its touch screen machines (currently there is already over 1 million of these in Japan alone).

With social media, the company has set up 37 ‘social centres’ which collect data and analyse it to generate insights using the Salesforce platform. What they aim to achieve is to figure out which type of content is more successful with generating positive engagement, and to create more of it.

Social media analysis has been historically been undertaken by humans but Coca-Cola is looking and investing into developing automated systems that will create adverts and social media content informed by the social data which is generated.

Additionally, image recognition technology is used in order to target those users who post pictures online which may infer that they could be potential customers. For instance, the algorithm could spot a competing brand of a similar product and then go on to target that customer to become a Coca-Cola customer instead. It is all about making the advertising process more efficient and a better use of revenue.

Off-the-shelf image recognition technology proved to not be sufficient in,

In turn, Coca-Cola worked with Google’s TensorFlow technology which used convolutional neural networks. These enabled the machine recognition of codes that could often appear differently depending on when and where they have been printed.

From the AI algorithms in the vending machines, Coca-Cola can gain a more accurate understanding of how tastes and preferences vary across Coca-Cola’s billions of customers around the globe. This information is vital in informing new product decisions, and when, where and how to produce and market them.

Now with computer vision analysis, Coca-Cola is able to produce social media content which is more likely to resonate with its target audience in varying locations around the world meaning that a more efficient use of marketing funds can be achieved and hopefully drive higher sales margins.

Finally, customer engagement with the brand has improved hugely since the use of Google’s TensorFlow was applied allowing easy reading of barcodes with a mere photo.

I believe this shows that even the most successful of companies around the world can greatly benefit from using Big Data and Artificial Intelligence technologies. If Coca-Cola were not able to use such in-depth and advanced information it would be impossible for them to keep expanding their company and introducing new brands. However, as we have seen these technologies together are meaning that businesses can work more efficiently and focus on placing and marketing certain products in specific places in line with their customers’ needs and wants.

Artificial Intelligence of Things, how things plan to make our lives simpler5 AI uses in Photography