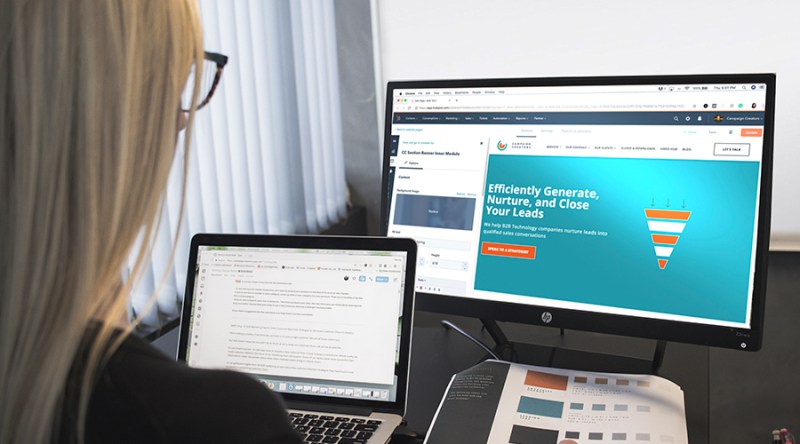 Internet of Things has become a fixture of our daily lives. Currently, we are equipped with a set of technologies and uses, an ecosystem, that is alive and in full development. Its appearance had been predicted by some experts, like Chuck Martin, best-selling writer, former Vice President at IBM and former director of the MediaPostMedia Research Communications Center. Back in 1998, Martin predicted the arrival of laptops capable of connecting with each other in his book “Net Future”. In other words, this expert foresaw the system that is now the IoT. We have contacted him to find out his particular vision about the present and future that we will see on Internet of Things.

From evolution to revolution

Technology has changed to an incredible extent since the advent of the Internet. What began by connecting equipment and machines in a primitive, practical way has evolved to generate a real network of interconnection between devices and people. What was formerly known as M2M, machine to machine connection, is now the hard core of something more important and much bigger: Internet of Things. “From my point of view, the IoT has two distinct aspects. The first is the M2M or machine to machine-enterprise aspect, which is where businesses are basically using IoT technology to streamline operations and work more efficiently”, explains Chuck Martin when asked about a definition of IoT. “And the second is consumers and the activities that concern them in their day-to-day lives: different ways of communicating, connecting…”. The expert explains that M2M aspect is the technological infrastructure that underlies the system, making the services in the Internet of Things possible.

But how does IoT affect everything we know? “There is a totally different world coming”, says Martin. “If you look at the technological evolution that we have been through, of course the Internet has been a milestone in history. But used to people depend on a computer to be online. Then, the mobile revolution came along, which basically let people disconnect from their computers, making it possible to do anything from anywhere. This changed how people shop, how they access information, how they interact with the device … It changed the real information capabilities and resources available to a person. The new stage is Internet of Things, and this changes everything”. Martin tells us. In his expert words, now everything is connected: people, devices, information … Whereas before it was the consumer who initiated the action by requesting something, now  technology is the initiator, modifying the consumer’s actions, which is a true revolution in the model. “For example, industry can anticipate consumers’ needs even before they feel that need. This is the future that awaits us on Internet of Things”.

The challenges of the future

Just as in any development, Internet of Things is facing a series of difficult challenges that it must overcome. In Chuck Martin’s opinion, the two main barriers to resolve are interoperability and continuity. “First, getting all devices together is extremely difficult. The platforms do not yet work together in the same way, although they will do so in the future. Secondly, another basic issue is that services have to run continuously; they cannot run sometimes and others not. For example, in driverless cars or other connected services where there must be an efficient real-time connection, there cannot be a connection failure”, says the expert. “When you think about the difficulty of connecting billions of devices, you have to keep in mind that this challenge is only going to increase over time”.

But just as there are problems, there are also solutions. For both challenges, the answer is none other than time. “In 1998, I wrote the following in my book Net Future: ‘Wearable computers will venture out of the labs into the workplace, disposable chips will allow appliances to communicate with each other, and more networked devices will continue to be linked to more networked devices.’ And that was eighteen years ago. This gives you an idea of how long it takes to resolve these issues, and that there is still a long way to go before these challenges are overcome”.

The path of digitalization

In the process of evolution, industry plays a fundamental role as one of the main actors, as well as a developer of the ecosystem that allows it to be used by consumers. So are companies adapting to today’s reality which is increasingly immersed in IoT? On what areas are they focusing the most? “Some of the main players on the IoT scene are creating great platforms. Artificial intelligence, virtual reality and augmented reality have been very significant coming down the road”, says Martin. “Big companies are currently looking for the ways to create efficiencies”. But business transformation must adapt to new models that integrate consumer behaviour and needs more efficiently. “In this new arena, instead of companies looking for loyal customers, we are going to see clients seeking loyal companies, and being able to rate them based on this loyalty. This is one of the big changes for which companies have to prepare”.

Chuck Martin is currently working on a new book whose preliminary title is Internet of Everything. The author is seeking the keys to digitalization, which in his words is basically the transformation of all businesses. “After the full deployment of technology, the communication system has to evolve as well, such as advertising, marketing, the way consumers interact with brands… Essentially, I’m looking for the anticipatory market, a scenario in which large companies have to know consumers’ needs before consumers do. This will allow companies to offer the right services or products even before the consumers need them. This change will be fundamental in the businesses of the future and will radically change the way we understand the relationship between the company and the user. And digitalization, and IoT ecosystem that makes this phenomenon possible, play a key role in this scenario.

José Ignacio Guerra: “We’re playing a leading role in IoT scene in Latin America”Quantum computing in the future of IoT