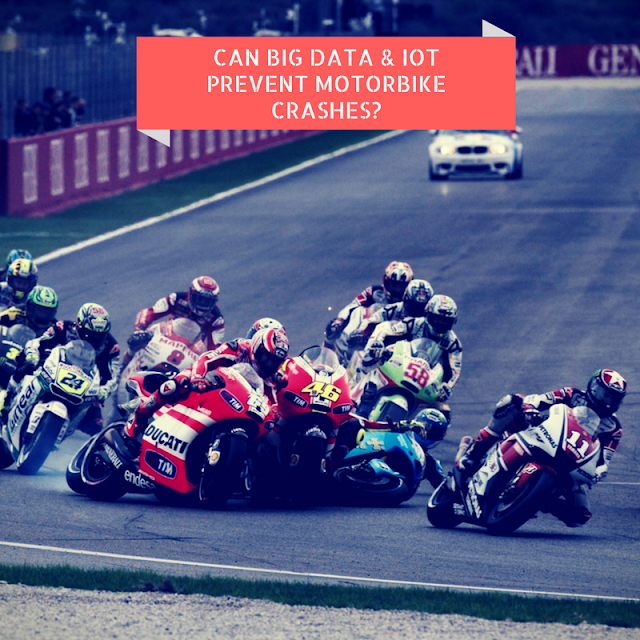 Most of us are familiar with the dangers involved in driving motorbikes, with motorcyclists being 27 times more likely than passenger car occupants to die in a crash per vehicle mile traveled, and almost five times more likely to be injured, according to the US based III.
In Europe, the rate for motorcycle fatalities per million inhabitants is extremely high in countries such as Portugal, France and Slovenia where travelling on two wheels is increasingly popular.  In Spain, 247 people died in motorcycle accidents in 2015, up 32% from the year before highlighting the importance of targeted campaigns and increased safety measures to protect motorcyclists.
At a professional level, motorcycle crashes are also happening more frequently.  This year, the Moto GP, Moto 2 and Moto 3 championships have seen a record number of incidents with over 1000 falls – which equates to 60 per weekend – beating all previous records. We saw this unfortunate tendency only a few weeks ago at the Malaysia MotoGP where a total of 17 riders fell off their bikes:
Video: Record amounts of crashes at the Malaysian Moto GP a few weeks ago.
According to Marca, many pundits put this down to new tournament rules, the new standard central electronic system and above all, the change to new Michelin brakes. However, could the Internet of Things and Big Data analytics give us more answers in the future? Could such technologies help us to save the lives of motorcyclists on the roads and on the MotoGP circuits?  We certainly think so.
In the case of the non-professional motorcyclists, connecting motorcycles to make them more intelligent could most definitely help us save lives.  As an example, Internet of Things connectivity could have an enabled the emergency authorities to have found this man who was trapped for 8 days under his motorcycle in South Georgia much sooner.
Equally, Big Data is increasingly helping professional motorcyclists and cyclists to optimize their performance.  In fact, IBM have a special section in their Big Data and Analytics hub dedicated to the role of such technologies in cycling. Sky Christopherson spoke specifically about its potential at the 2013 Hadoop Summit here:

Video: Sky Christopherson explains how important a data-driven approach to cycling is.

The British Cycling team have also underlined the immense value of using Big Data for “marginal gains” in their Olympic strategy, aiming to improve every element of their performance by 1%, ranging from tweaks in diet and sleeping patterns to bike engineering decisions. This data-driven approach to the sport may well be the reason they won 12 medals in the Rio Olympics (more than the US and the Netherlands combined).
One of our employees, Hugo Scagnetti, decided to investigate this data-driven approach in the world of motorcycles by riding a connected motorbike around the world for the first time after suffering severe leg injuries 2 years ago due to osteonecrosis. Hugo, the Global Rider, rode 37,000 kilometres on his Yamaha motorbike around the world to raise money for stem cell regenerative therapy for children.
During and after his trip, we decided to visualize the IOT data created, integrating information from Facebook and photos taken during the trip using analytics to accurately identify stops, which you can see in this roundup video which we showed at the LUCA launch event a few weeks ago:

The potential of data analytics for motorcyclists and cyclists looking to improve safety and optimize performance is huge. Together, the Internet of Things and Big Data provide a unique opportunity to revolutionize both sports as well saving lives on our roads and we are excited to see how startups, telcos, technology companies and manufacturers come together to make this happen in the future.
Fighting Fraud: The $3.7 trillion black hole facing today’s organizationsBig Data and Elections: We shine a light on Trump and Clinton