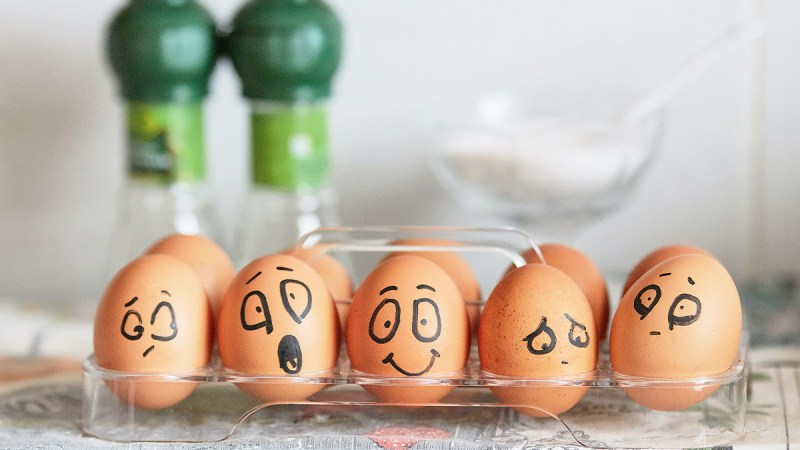 When John McCarthy and Marvin Minsky founded Artificial Intelligence in 1956, they were amazed how a machine could perform incredibly difficult puzzles quicker than humans. However, it turns out that teaching Artificial Intelligence to win a chess match is actually quite easy. What would present challenges would be teaching a machine what emotions are and how to replicate them.

“We have now accepted after 60 years of AI that the things we originally thought were easy, are actually very hard and what we thought was hard, like playing chess, is very easy”

Social and emotional intelligence come almost automatically to humans; we react on instinct. Whilst some of us are more perceptive than others, we can easily interpret the emotions and feelings of those around us. This base level intelligence, which we were partly born with and partly have learnt, tells us how to behave in certain scenarios. So, can this automatic understanding be taught to a machine?

Although the name may throw you off, Emotion AI does not refer to a weeping computer who has had a bad week. Emotion AI, also known as Affective Computing dates back to 1995 and refers to the branch of Artificial intelligence which aims to process, understand, and even replicate human emotions. The technology aims to improve natural communication between man and machine to create an AI that communicates in a more authentic way. If AI can gain emotional intelligence maybe it can also replicate those emotions.

Javier Hernandez, a research scientist with the Affective Computing Group at the MIT Media Lab,

In 2009, Rana el Kaliouby, and Picard founded Affectiva, an emotion AI company based in Boston, which specializes in automotive AI and advertising research. With customer’s consent, the user’s camera captures their reactions while watching an advertisement. Using “Multimodal emotion AI”, which analyses facial expression, speech, and body language, they can gain a complete insight into the individual’s mood.

Their 90% accuracy levels are thanks to their diverse test-sets of 6 million faces from 87 different countries used to train deep learning algorithms. From a diverse data set, the AI will learn which metrics of body language and speech patterns coincide with difference emotions and thoughts.

As with humans, machines can produce more accurate insights into our emotions from video and speech than just text. Sentiment analysis or opinion mining, a sub field of Natural Language Processing is the process of algorithmically identifying and categorizing opinions expressed in text to determine the user’s attitude toward the subject. This use case can be applied in many sectors such as Think tanks, Call centres, Telemedicine, Sales, and Advertising to take communication to the next level.

Whilst AI might be able to categorize what we say into positive or negative boxes, does it truly understand how we feel or the sub text beneath? Even as humans we miss cultural references, sarcasm and nuance in language which completely alter the meaning and therefore the emotions displayed. Sometimes it is the things we leave out and don’t say which can also imply how we are feeling. AI is not sophisticated enough to understand this subtext and many doubt if it ever will.

In many of these use cases, such as Telemedicine Chatbots and Call Centre virtual assistants, companies are investigating the development of Emotion AI to not only understand customers emotions but to improve how these platforms individually respond. Being able to simulate human like emotions gives these platforms and services more authenticity. But is this a true display of emotion?

AI and neuroscience researchers agree that current forms of AI cannot have their own emotions, but they can mimic emotion, such as empathy. Synthetic speech also helps reduce the robotic like tone many of these services operate with and emit more realistic emotion. Tacotron 2 by google is transforming the field to simulate humanlike artificial voices.

So, if machines, in many cases, can understand how we feel and produce a helpful, even ‘caring’ response, are they emotionally intelligent? There is much debate within this field if a simulation of emotion demonstrates true understanding or is still artificial.

Developing an Artificial General Intelligence, which possesses a deeper level of understanding is how many experts believe machines can one day experience emotions as we do.

When we talk about emotional and social intelligence, forms of intelligence which are not necessarily related to a set task or goal, these fall under Artificial General Intelligence. AGI aims to replicate our qualities which to us, seem automatic. They are not tied to an end goal, we do them just because we do.

We are still many years behind having an Artificial General Intelligence capable of replicating every action we can perform, especially those qualities which we consider most human, such as emotions.

Emotions are inherently difficult to read and there is often a disconnect between what people say they feel and what they actually feel. A machine may never get to this level of understanding but who is to say how we process emotions is the only way. How we interpret each other’s emotions is full of bias and opinion, so maybe AI can help us get straight to the point when it comes to our emotions.