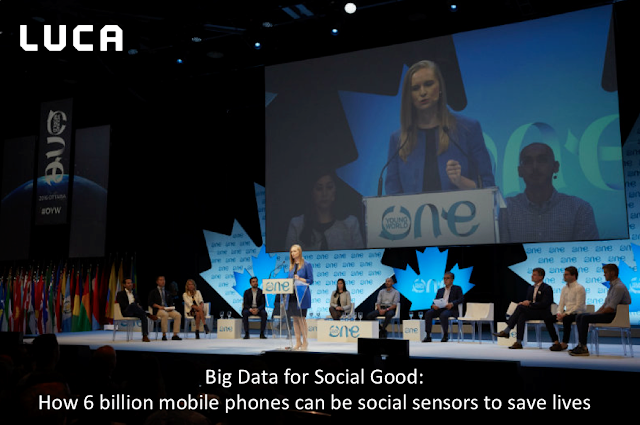 Attending One Young World as a returning ambassadorthis year as one of the 40-strong delegation was an absolute privilege. Taking part alongside young employees from hundreds of public and private sector organizations was an eye-opener into the differentprofessional, personal and political situations we face, depending on the country in which we work or study. One Young World 2016, which was held in Ottawa, is a summit thatbrings together the brightest young leaders from around the world,empowering them to make lasting connections to create positive change with technology. The conference was opened on Parliament Hill by JustinTrudeau (the Canadian Prime Minister) and speakers over the three daysincluded Kofi Annan, Sir Bob Geldof, Professor Muhammad Yunus and Emma Watson.  As you can see below, former Telefónica UK CEO Ronan Dunne also gave a keynote on the role ofMillennials in socially responsible businesses:

This unique global get-together of young talent attracts over 1300 delegates from 196 countries and Telefónica sends one of the largest delegations, alongside Siemens, KPMG, PepsiCo, Unilever and ABInBev. 30 of the 1300 participants are selected by the OYW committee to givespeeches within the plenary sessions, which cover Human Rights, Environment,Peace and Security, Education, Health and Global Business.  This year I was lucky enough to be selectedas one of the 5 Global Business speakers to give an insight on what we aredoing in Telefónica in the area of Big Data for Social Good and how Millennialintrapreneurs can drive change within companies.. 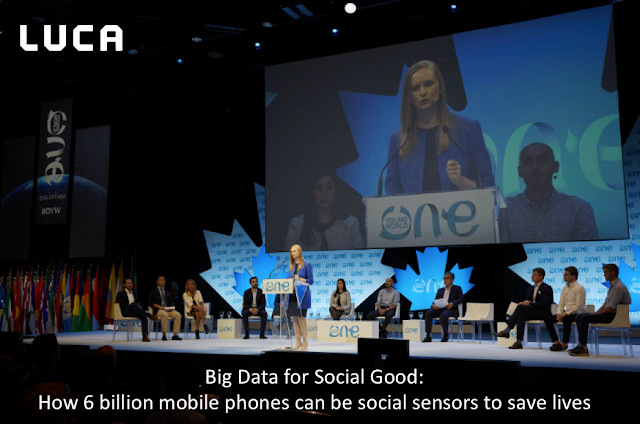 Each delegate speaker was introduced by a “counselor” and I was fortunate enough thatmine was James Chen, a venture philanthropist and the founder of Clearly – a global organization whichbrings together some of the most creative and innovative minds in the world tosolve the challenge of helping the world to see by providing vision correction.Speaking alongside young professionals from Siemens, Deloitte,Barclays and Thomson Reuters, I gave a 5-minute speech, which you can see hereon the One Young World YouTube channel. My objective was to demonstrate how large corporations like Telefónicacan use their Big Data and technology (e.g. LUCA) to have a social impact,measuring progress on SustainableDevelopment Goals and helping governments and NGOs to deploy humanitarianresponse in a more efficient way

We also gave an internal “breakout session” to 120 delegates on thepower of networks in organizations, discussing how several ex-graduates inTelefónica founded the “MillennialNetwork”.  After presenting how wemade this happen, attendees from companies such as Nestlé, BMW, UBS and Buhlerhave got in touch to see how we could work together in the future on socialprojects to have an impact in our communities. Inthe external “breakout session”, I was also lucky enough to attend a Q&Awith the Costa Rican ambassador to Canada where we discussed the effects ofclimate change and how young people and technology have a big role to play in changing behaviourand getting multinationals on board with the public sector.  After that, I joined 20 Thai delegates fromthe Charoen Pokphand Group at the Thai ambassadors residence where we discussed the differences in how business is done inSouth East Asia vs. Europe.
Attending the summit this year wasan honor – and with this opportunity comes great responsibility.  Telefónica is investing a great amount inyoung people and their development by being leaders in initiatives such as OneYoung World.  This year’s agenda reallyopened my eyes on the world’s biggest issues including the refugeecrisis, climatechange and extremism, and I realized that as employees of one of the largesttelecommunications companies in the world, we are extremely well positioned to havean impact, doing well in our jobs but also doing good in our local and globalcommunities.  We do not have to chooseone or the other, we can indeed “choose it all”.

Telco Data Analytics: what’s next in Big Data for TelcosLUCA and CARTO to work together bringing location to the next frontier of Big Data