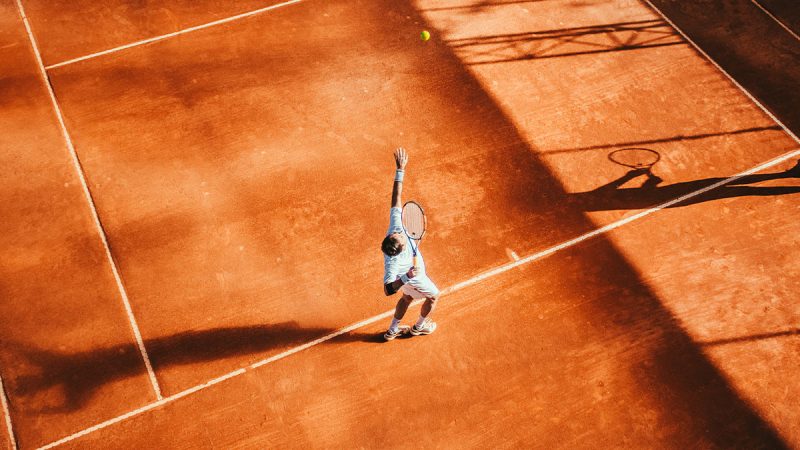 One of the closest games in Tennis history was the 2008 Wimbledon final between Rafael Nadal and Roger Federer; a 5 hour and 5 set fight, resulting in the longest final in Wimbledon history. Nadal came out on top, but in such a tight match, between players of similar skill levels, the difference between winning and losing is in the minute details.

First in our series of #IoTinSport, Big Data and IoT in Tennis can now be used to uncover hidden insights, not only to analyse individual performance but to predict how opponents will play to build a tailored strategy for future matches. Technology is quickly becoming an integral component to ensure success for tennis players.

From the amount of shots hit, to the degree of spin achieved on each stroke, Big Data encompasses it all, holding metrics on every single action which can be broken down, analysed and used to improve performance. Real time applications like SAP Tennis Analytics allow coaches to see how and why the player is performing as they are to ensure quick decision making and strategy planning.

As with anything, the more data collected, the more accurate the analysis will be. Identifying areas of weakness and improvement will give the best chance of beating the opponent.

The intelligent use of data during preparation can have a significant impact on a match.

Craig O’Shannessy, the official strategy analyst for the ATP

Big data analytics, the process of collecting and analysing large amounts of data to extract information, finds hidden patterns within the play. For example, based on how high and at what angle the ball is thrown into the air before it is served, the machine learning software will be enable to learn where the ball is most likely to land and therefore how likely the player is to win the shot.

Extracting patterns of play are extremely useful for coaches as it takes the data beyond simple descriptions, providing predictive analysis to ensure strategy optimization, tailored specifically to each opponent.

Big Data is not only being used to provide performance analytics; it can also enhance other aspects of Tennis such as improving fan engagement strategies and building greater sponsorship opportunities. “We can precisely equate fan visibility to media value to allow our sponsors to calculate the return on investment”, Lewis Sherr, Chief Revenue Officer at the US Tennis Association.

So, we’ve talked about Big Data, but how does IoT play a crucial role in digitalizing Tennis. IoT connected sensors in smart stadiums capture information inorder to enhance facility and resource performance, whilst hawk-eye cameras and smart rackets record metrics of the players performance.

At the Rafa Nadal Academy by Movistar, the connected facilities provide optimal conditions to train the best.

Babolat play is one of the start-ups transforming the field of sports equipment. They have designed IoT mini sensors and trackers into the traditional tennis racket design which can provide real time insights on swing speed, angle, ball trajectory and other aspects of performance of each hit.

Fake News : how should we be fighting it?Why are Hedge Fund managers investing in Big Data?