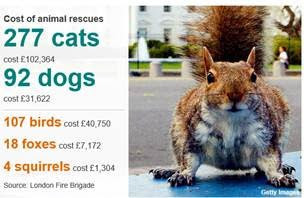 In this second post, a continuation of “Smart Cities: Squeezing Open Data with Power BI”, we will analyse the problem and understand the measures taken by London Firefighters in view of these results as they try to alleviate the situation.

The time has come to consider what information we want to extract from the data, what answers we are looking for. Some questions may be clear from the beginning of the analysis. Others, however, will emerge as the data reveals more information.

The problem: The alarming signal that led us to consider the analysis is the increase in the number of interventions by the fire department to perform these services, and the associated cost.

We begin to hypothesize what we will try to show with the data. With the conclusions we obtain, we will look for strategies or define initiatives that allow us to solve the problem or reduce / minimize its effects.

The first step is to take a look at the data. Load them as a table, create the names of the fields (some of them will be descriptive, others not), and try some filters. This brief preliminary exploration will help us choose which fields can provide the most relevant information for each report.

* In a more complex analysis, we would be in the phase of selecting which attributes provide us with a greater information gain, allowing us to segment the data more efficiently. For example, what are the attributes that allow us to group and predict the values of the “IncidentNominalCost” field (service cost)?

To work on Hypothesis 1, we will choose the “Line Chart” display. We select the sum field ´CalYear´ (calendar year) and drag it under the “Axis” label to represent this value on the vertical axis (ordered) and the PumpCount field we drag under the label ” Values “to appear on the horizontal axis (abscissa). If we directly select the fields on the list, we can add them in an order that is not the one that interests us, that is why it is better to drag them directly to their final position. 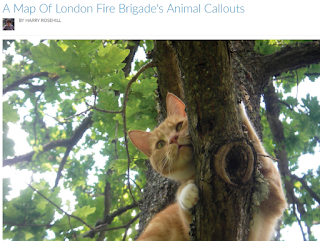 It is clear that these types of campaigns must be repeated periodically in order to maintain effectiveness.
Final conclusion

The greater availability of open data on public services, along with the different tools that allow them to be combined, help us to analyse patterns and create visual models that can quickly translate into cost savings, and leave citizens satisfied and involved with their environment.

This has been a very simple example, but with palpable results. If in 2016 we discounted the outputs of the Fire Department relating to mishaps of domestic or small animals, which we considered “avoidable”, the savings would have been £ 215,160.

If we take into account the potential of applying Data Science to the entire arsenal of data collected and stored by institutions and companies today, we realize the great opportunity we have to improve our environment and our lives. Let’s take it!