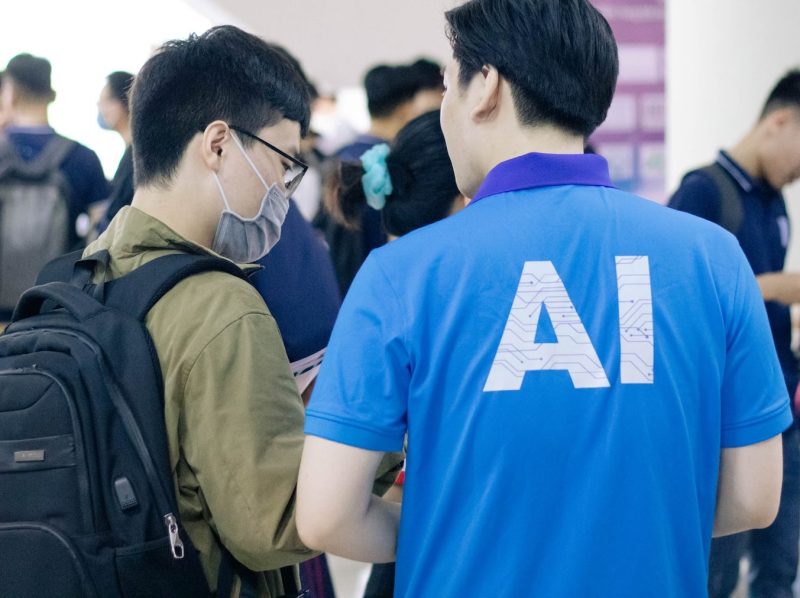 A few years ago, Google’s then CEO Eric Schmidt popularised the concept of “augmented humanity”. This term refers to the ability of technology to “enhance human capabilities” to make us more efficient. To achieve better results with less effort.

In his talk, Schmidt highlighted the potential that Artificial Intelligence was beginning to prove to improve our lives. A technology that Google had already been applying for some time in some services.

Artificial Intelligence as a tool and not as a replacement

Schmidt then highlighted how Artificial Intelligence —a term first defined in the 1950s by John McCarthy— was beginning to show real progress in automating tasks that were complex, repetitive and monotonous. Even unmanageable for humans. Their adoption would thus allow us to focus on tasks related to “critical thinking and creativity.

“Augmented humanity is about embracing AI as a tool to improve people’s lives, not as a replacement.” —Eric Schmidt, former Google’s CEO

But what are those repetitive and monotonous tasks that we can automate with Artificial Intelligence? The following are some examples:

Artificial Intelligence is increasingly present in the digital transformation processes of companies.

From rejection to normalisation: the pilgrimage of disruptive technologies

In 2010, Schmidt’s talk on the growth of Artificial Intelligence generated scepticism and rejection among some people. Even fear. But, as they say, “change is only scary when you are not willing to change with it”.

The reasons are numerous, however, and also legitimate. Common fears include job loss, risk to the privacy and intimacy of individuals and their data, lack of regulation, increased inequality and risk of cyber-attacks, ethical considerations to be resolved… Not to mention the fear of artificial superintelligence, a recurring theme in science fiction.

Throughout history, even before the industrial revolution, there have been other cases of technologies that have first generated rejection in some people or in society, and then proved their usefulness.

A couple of recent examples include mobile phones, because of fears that they could endanger health; or the internet, because it could be used to commit crimes. Both technologies have nevertheless proven their usefulness and are now essential for business and the economy, individuals and society.

The landline telephone came to be seen as unnecessary because of the existence of messengers, and raised concerns that other people (the operators) could listen in on conversations.

Technology, reskilling and lifelong learning are key in the golden age of AI

The arrival of new work tools that arise with “the golden age of Artificial Intelligence”, in the words of Satya Nadella, CEO of Microsoft, requires changes.

These changes are not only to develop them, but also to incorporate them into work processes, adapt to them and manage them. Just as happened before with computing or the internet. Also, to anticipate a potential gap between demand and the availability of suitable professional profiles.

In this sense, “reskilling workers will help to overcome the impact”, in the words of José María Álvarez-Pallete, CEO of Telefónica. Training and updating skills is what will make it possible to fill the jobs generated by the digital transformation and capture the new opportunities.

“Technology has historically been a net job creator. The introduction of the personal computer in the 1970s and 1980s, for example, created millions of jobs.”—McKinsey Global Institute.

For companies, “the winning long-term strategy is to create, cultivate and nurture” technology talent, says José Cerdán, CEO of Telefónica Tech. “It’s not about competing to capture talent, but about developing internal recycling and training programmes to strengthen and update skills,” he adds.

Achieving this, says Álvarez-Pallete, requires massive retraining through training programmes adapted to new skills. It also requires the promotion of a culture of continuous learning in order to manage the transition to the new digital world in a socially responsible way.

How to start programming in Artificial Intelligence: languages, tools and recommendationsSmart urban lighting: business opportunities and benefits for municipalities and citizens

The term Smart City used to refer to “cities of the future”, but Smart Cities are increasingly turning the present. Thanks to the use of digital solutions such as...
Smart street lighting is one of the pillars of smart cities. In fact, it is one of the best examples of what the term Smart City means: the application...
There is a very close relationship between Big Data and Artificial Intelligence (AI): Big Data is about capturing, processing and analysing large amounts of data. When this data is...
It has always been a fundamental part of the technology to use incentives that reward collaboration and good practices among participants in a blockchain network. So much so that...
Digital technologies such as connectivity, Internet of Things or Artificial Intelligence are becoming increasingly common in vehicles. For example, in the form of digital assistants, mobility services, or advanced...
It is common in the era of Artificial Intelligence (AI) to hear about how this technology can revolutionise different areas of human life, from medicine to manufacturing. However, in...