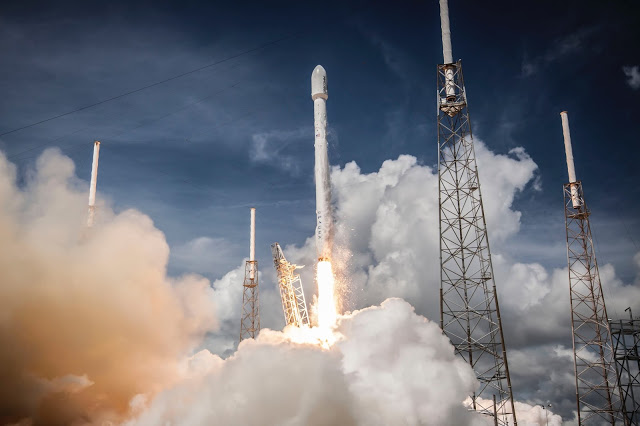 Already a powerful mobile engagement mechanism, Sponsored Data is set to skyrocket thanks to the addition of precise consumer targeting.
Power only becomes truly effective when it’s well directed. Great power may have lifted the Apollo lunar missions into space – but it was precise targeting which took them to the moon. Down here on Earth, the same rule can be almost universally applied.

In the world of mobile marketing, sponsored data, which sees B2C brands cover the cost of mobile data generated by customers’ usage of their smartphone apps, has become a very powerful engagement mechanism. Top banking and retail brands have used sponsored data to great effect as a means of driving downloads and usage of their apps, with increases in installs and engagement ranging from 10% to 37%.

But downloads are just the lift-off phase – essential to an app reaching its destination, but not the destination itself. Instead, the goal for most apps is to drive key ongoing behaviors which are in some way beneficial to the app owner, often in terms of revenue generation or cost savings. This raises an important question for B2C brands which sponsor the data generated by their apps: Once the app has been downloaded, how can they derive ongoing return on their sponsored data investment?
One of the drawbacks with zero-rating apps is that brands are forced to approach it as a binary process; either all app installs are sponsored, or none of them are. So, if you have an e-commerce app in which 50% of your active users browse regularly but never make a purchase, much of the power of sponsored data (not to mention your budget) is disappearing into space. In other words, this is a situation where power is operating without direction.
The ability to identify and target specific consumers has been central to the engagement mechanisms so successfully employed by the likes of Amazon, Facebook, and Google, and sponsored data is no different. What app owners really need is to be able to direct their data sponsorship towards individuals and groups of users who are engaging in those key ongoing behaviors. This is what our customers have told us, and this is what has driven the development of our Audience Selection solution, which we launched this week.
In a first phase, a brand might choose to offer a period of data sponsorship with all new app downloads. But beyond this period, the ability to target specific users with Audience Selection offers a new level of flexibility. It can be offered only to app users who keep notifications switched on, for example, or who create an account, share demographic or personal data, or who have made some form of transaction within the last 30 days. Or brands can simply provide sponsored data only to those individuals who demonstrate demand by signing up for it.
However it is used, Audience Selection adds precision to the power of sponsored data. It allows app owners to identify and reward only their most valuable customers, while at the same time encouraging other users to earn sponsored data by engaging in high value behavior.
The brands and businesses embracing sponsored data today are increasingly dependent on effective segmentation and personalization in their core customer-facing activities. Sponsored data is on track to become an essential customer engagement mechanism, which means the same level of flexibility and dynamism is not only desirable but a fundamental requirement. Precision is the key to effective power.
Whatever the Internet memes say about landing among the stars, the reality is that, if you’re shooting for the moon, you want to hit the moon.
It’s not rocket science.

Content Written by David Nowicki, CMO and Head of Business Development at Datami and published through LinkedIn.
Don’t miss out on a single post. Subscribe to LUCA Data Speaks.
And the Oscar goes to… Data!LUCA’s Sports Analytics Week in Movistar Centre Barcelona